Parisian electro honchos Brodinski and Yuksek team up to form The Krays, set to play their Abracada launch party this week 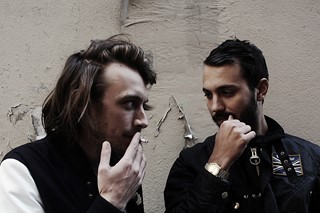 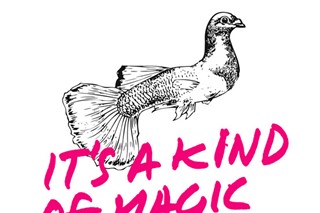 The opening of Shoreditch’s latest venue XOYO comes as a promising change of pace in a year that has been surrounded by whispers of staple London clubs and bars closing down. Situated by the Old Street roundabout (and the Dazed HQ), some of London’s top promoters have swiftly set up shop at what promises to be the newest haunt of choice for most. One of these includes professional party-starters Deadly People as they combine forces with Abracada to present, or rather ‘conjure’, an excuse for you to see this new venue for yourself. As part of the ‘It’s a Kind of Magic’ tour which will also visit New York, Paris, Brussels and Glasgow; it sees The Krays, Pilooski, Villa, Mikix The Cat and ‘unannounced special guests’ helping revelers break in the floorboards. As headliners of the night, The Krays (aka Brodinski and Yuksek) briefly spoke to us before the event takes place.

Dazed Digital: Why the name 'The Krays'?
Brodinski & Yuksek: 'Cause we’re not always good boys...

DD: Would you describe your relationship as a fraternal one? If so, who would be the older/younger brother?
Yuksek: I'm ten years older than Brodi but sometimes I feel he is more mature! Anyway, yes we have a fraternal relationship.

DD: You're playing XOYO soon - what's your favourite thing to do in London?
Yuksek: Walk around for hours! We do it in all cities we go to. Sometimes I see myself as a professional tourist - I get paid to visit the world and I love it! London is one of my favourite cities.

DD: Which do you prefer - Christmas parties or Halloween parties?
Brodinski & Yuksek: We usually get more presents on Christmas!

DD: What was the last 'Krays-y' thing you remember doing?
Brodinski & Yuksek: Having some fun on the top of the Standard Hotel in NY...

DD: What's at the top of your rider list?
Brodinski & Yuksek: Vodka and Cognac!