In a rare interview, the Drain Gang rapper opens up about new beginnings, becoming a dad, and his solo album Back 2 Life

“Seven years is a long time/They took my everything,” croons Thaiboy Digital on the opening track of his latest solo album, Back 2 Life. Born Thanapat Boonleang in the Thai city of Khon Kaen, the Drain Gang rapper relocated to Stockholm at eight years old, but visa complications forced him to return to his birth country in 2015. The years since haven’t been easy for Boonleang who, as well as having his life uprooted entirely, lost his friend, the producer Vattenrum, in 2019. The same year he got married and welcomed his first baby. “I realised that I was in a dark place and then it’d been seven years and a lot of things happened,” he tells me over Zoom. “I got my baby and then I lost a friend. I didn’t know how to express any feelings that I had, so I started doing this album through all these things going on in my life.”

While the weight of those turbulent years haven’t been lost on Thaiboy, Back 2 Life signals the start of a fresh chapter. No longer living in fear, the 28-year-old seems happier, more content. “Thailand is a crazy place, people like to live on the edge,” he says, “I’ve had to learn a lot of life lessons since being here, go through lots of good and bad stuff.” He’s calling in from the seaside town of Hua Hin, where he’s on vacation with his wife and baby. The connection is lagging but Thaothawong doesn’t seem too bothered. Occasionally his two-year-old daughter clambers onto his back and giggles shyly at me. He says something to her affectionately, pointing out of frame to his wife who’s also sitting nearby. Even through the Zoom screen and dodgy connection, the love is palpable. 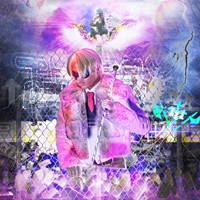 “Before we had the kid, we partied a lot,” he begins. “We were partying so much and there was one time when we came home with the sticker. It said ‘Back to Life’ in red and black.” It was a seemingly inconsequential find that would end up sticking in his mind. “When I think about this whole album and what I'm trying to say, I feel everything points to that sticker. It’s a good representation.”

Back 2 Life is Boonleang’s third solo album and marks a move towards a more mature sound. With production by DG friends and family such as Mechatok, Lusi and Whitearmor, the sound is still drained-out, featuring sparse, airy beats and dreamy synth lines. But whereas earlier lyrics tended to involve surface flexes, stacking Benjamins and smoked-out ragers, the new tracks reflect the changes in Thaiboy’s own life. “I made this album mostly sober, 95 per cent or something,” he says. Whether he’s flexing “family first” on “All The Way” or reflecting on the birth of his daughter on “Angel” (“[She] came down like a blessing”), there’s a vulnerability to the tracks that pulls on your feels and reaches deep into the heart. The bars are meatier, less hedonistic, indicative of someone who’s gone through shit and made it to the other side.

“We cannot go to the past, we only go forward” – Thaiboy Digital

It’s a natural and steady progression that reflects Drain Gang’s decade-long journey as a whole, from viral teen cloud-rappers to fully established artists at the cusp of worldwide domination. “I think it has just happened naturally, we always are in different places in life,  different places, different times,” he says, “we cannot go to the past, we only go forward”. Back 2 Life, Thaiboy explains, chronicles the experience of becoming a dad. “This album is me trying to express my feelings for my baby,” he elaborates. “It’s every feeling you could possibly feel combined with also bringing a new life into the world, she’s a whole new universe. There’s another dimension of love and care and responsibility. It changed me a lot as a person, I've started taking responsibility. I’ve never had to really use my brain a lot in my life but now I have to step up, be strong.”

In 2020, Thaiboy released an EP My Fantasy World under a new alias DJ Billybool, AKA “the number one DJ on the whole planet, man”. Inspired by big-room DJs such as Tiesto and Basshunter, the sound is euphoric, life-affirming trance, imbued with a cry-in-the-club intensity. “I lost one of my friends, it happened at the same time as when my wife was pregnant with my baby. I went see my daughter with the ultrasound and then the doctor showed me her BPM. It was around 138 BPM which is the perfect tempo for happy hardcore and trance music,” he explains. “I got a lot of positive energy from that, everything happened so fast. I came home and I only had Garageband or something, I watched one Basshunter tutorial video and started producing the first song.”

Around the same time the pandemic happened and the collective’s already deeply obsessive fanbase went into overdrive. Call it a symptom of a world switched online, or the inevitable next step in Drain Gang’s stardom. But the group, and their terminally online sound, began to take on new significance, spilling out into countless meme pages, IRL fashion campaigns, and culminating in a 2022 world tour. “Maybe because they got bored of all the other stuff,” he grins. As one of the more laid back members of DG (“I’m almost like a ninja”), interactions with fans can be intense, though he looks at it “very fondly”. “I find it funny,” he says, “I get impressed by how good or how bad it can be. I don’t get mad anymore. I used to get mad back in the day, but there’s nothing to be mad about. I understand where they’re coming from.”

But outside of the tour cycle, Thaiboy is content at home with his family in Bangkok. “I’m outside of fame right now,” he says. “Especially when I’m in Thailand, I just live my life. These days when we have shows we have to do this and that but the rest of the day we just do our own shit.” If the last few years have taught him anything, it’s that no matter how much darkness you endure, there’s always light – and Thaiboy is feeling blessed. Or, as he puts it in the album’s title track: “Seven years is a long time but now Back 2 Life.”

Back 2 Life is out now