A new book from Resident Advisor maps the hedonistic history of club culture, with images and stories from the world’s most celebrated DJs, promoters and artists 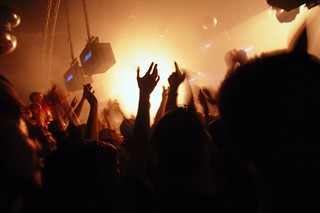 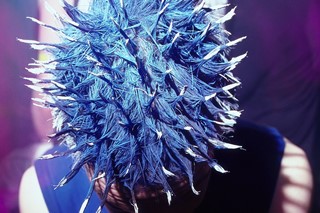 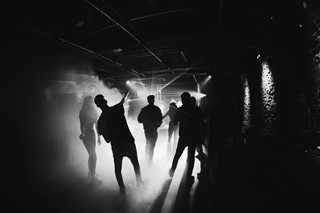 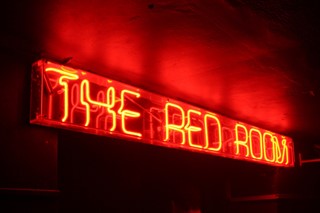 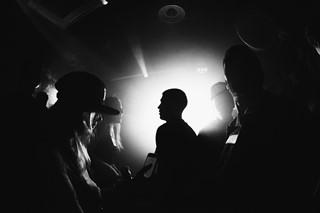 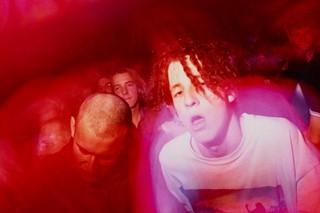 To mark the global nightlife platform’s 21st birthday, Resident Advisor are publishing Sacred Spaces – a photography book celebrating the hedonistic history of club culture. However, curating a selection of images from multiple decades and continents was easier said than done. “It was a very slow process,” Kazim Rashid, RA’s Chief Creative & Brand Officer, tells Dazed. “The Museum of Youth Culture [helped by responding] to our brief with a huge collection of images.” From there, it took 10 rounds of edits to decide on the final selection. “It was hard because of how many amazing images we wanted to use, versus how few we could fit in.”

The result lives up to the mixtape maxim “all killer, no filler”, with both archival rave photography and contemporary nightlife shots. There are images from shows as recent as Róisín Murphy’s NYC Downlow set at Glastonbury 2022, to bygone storied venues. All of them are combined with 26 love letters from some of the world’s most celebrated DJs, promoters and artists.

Katie Thomas, editorial lead on the project, curated these letters, and asked all contributors to choose their favourite dancefloors from any era or location. They include the artist Jeremy Deller, who created an original print accompanying the book (“a dream come true,” according to Kazim). There are also contributions from Stacey “Hotwaxx” Hale and DJ Sharon White, who paved the way for other non-male artists; Dimitri Hegemann, a European pioneer who literally brought techno music over from Detroit in a suitcase; Colleen “Cosmo” Murphy, and Eris Drew and Octo Octa.

The photography itself is by some of clubland’s most respected documenters. There’s Tristan O’Neill, who captured 90s raves and Y2K clubs like The End and Gatecrasher. He recalls meeting his wife at United Dance, Stevenage in 1998: “a big venue with everyone very colourfully dressed in fluorescent outfits, with horns and whistles, a very happy crowd, and a special place for me,” he tells Dazed.

There’s Peter J Walsh, now in his fifties, who shot legendary venue The Haçienda in 1989. He was a punter at the club before he started photography, capturing the venue while learning his craft. He then turned pro, photographing demonstrations, strikes and news stories before returning to The Haçienda during its acid house phase. “[It] was like nothing I’d ever witnessed before,” he remembers. “The music and atmosphere were intense and different from anything else in Manchester”. Walsh believes the era is as culturally significant as the countercultural 60s or the birth of rock and roll in the 50s, and has preserved his archive of Haçienda photographs in his own book.

25-year-old Aiyush Pachnanda has also contributed more contemporary images, shot “everywhere from raves in abandoned churches; packed warehouses with huge sound systems to more intimate spaces.” Aiyush aims to showcase the richness of South Asian talent in his work, and thinks the best era of clubbing has yet to come, as “everything is constantly evolving. It seems like people need to be in a space that creates nostalgia; no metaverse raves here.”

Tony Davis, now in his sixties (and a mentor of Aiyush), also shares his iconic images of ravers at a service station in 1992. “The Midlands had our own scene,” he tells Dazed. “I was the only photographer of that... We [had to follow] the convoy of ravers up the motorway, keeping ahead of the police, who’d try to block ravers from entering the services.” Davis has managed to stay in touch with the occupants of a car he photographed, one of whom got in touch recently to say that his counterpart had sadly passed away. “The guy told me that that rave had been the best night of his life”.

When discussing the finished product, and what it’s like to see all these photographers’ works together, Rashid speaks glowingly. “It’s a book about love, friendship, dancing, activism, survival, identity and joy,” he says. “Clubs are the canvas, sacred spaces which allow us all to explore these things.”

The sentiment is echoed by Thomas: “Dance music adds so much to our lives which the love letters affirm,” she adds, “reminding us to show gratitude to all the artists and clubs who make our most uplifting and transformative dance floor moments possible.”

Sacred Spaces is published on December 8, with proceeds going to charities; Museum Of Youth Culture, Bridges For Music and Choose Love. Each copy comes with an exclusive one-off, limited edition print by artist Jeremy Deller. Available for preorder here.