On her uncanny debut EP, the Sydney-based artist explores dystopian themes of isolation and loneliness 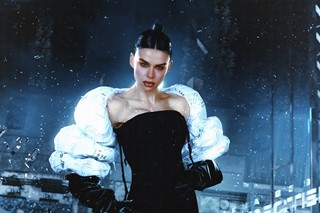 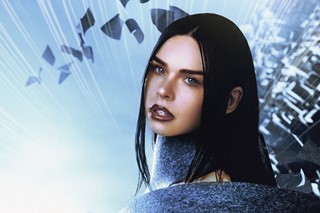 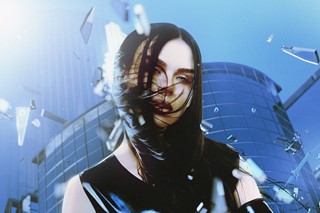 Trophie is an artist that rejects labels. Much of the music on her debut EP Dark City offers a sonic midpoint between catchy, ethereal melodies and the intensity of hard trance. Across its five tracks, listeners journey through various dance subgenres, ranging from more traditional EDM to hardstyle.

Hailing from Haworth in the UK, Trophie moved to Sydney as a teenager to study at the prestigious Conservatorium of Music. Her classical training is reflected in her unconventional progressions and melodies, as well as in her skill as a composer to understand the makings of an earworm. These abilities, paired with the boundary-breaking experimentation heard throughout the EP, is what makes Dark City such a captivating listen.

Lyrically, Trophie looks inwards as she reflects on her relationships with others and also herself. She explores themes of loneliness and isolation in the lead single “Destroyer”, singing “It feels like this world wasn’t meant for me” and “everywhere I go I want to leave”, over a backdrop of erratic, metallic percussion. Her dreamy, auto-tuned vocals offer an alien presence to the track.

Alongside the music are visualisers; those for “Destroyer” and “Chemical” have already been released on Trophie’s YouTube. Both videos were created by directors Jordan Chappell and Yuma Burgess – the latter of whom collaborated with FKA twigs on her glitchy animated short for “pamplemousse”. Their visuals for Trophie contain hyperreal, futuristic reimaginings of the singer, which serves as a fitting representation of her aesthetic, which she describes as a “future-ancient look that draws from the Irish female warriors, the banféinní'”.

Below, we speak to Trophie about her debut EP, inspirations, and dream collaborations.

How do you think being a classically trained musician has actually impacted the way you write and produce music?

Trophie: I learnt a lot of theory and so that type of music is ingrained in me. There was another aspect to being classically trained that I never really affiliated with, we were told to play music exactly as is on the paper. I always wanted to deviate, always wanted to change things. That would obviously really annoy my teachers and wasn't ever that interested in being a perfect player. I enjoy playing a lot but the composer in me started to come out in a way. It inspired the composer and me to come out because I realised that was what I was more drawn to. I've recently delved into the modular synthesis world and it's blowing my mind a little bit because it's so random.

I’m really loving it because it’s just creating things that I wouldn't think of. I’m not thinking of it in the sense of, put the third of the chord here on top. It creates things that I find really inspiring, and it takes me out of the laptop. There's some downsides because everything seems really hard, even just linking everything to the same clock. It's so intuitive with Ableton.

From a production sense, the EP was super interesting: it feels like you are walking into a club at different points in the night.

Trophie: Yeah, good! That is exactly what I was trying to do. I wanted to kind of go through all those different emotions and being a body of work I wanted it to be that experience. I’d say that the highlight track of the EP is “Hypertrophie'' for me. That song, the energy just encompasses everything [I’m trying to do] really effectively.

With your work being so eclectic, what were your biggest inspirations for the EP?

Trophie: It wasn’t so much ‘this pool obviously has inspired this EP’, I think that inherently things inspire me throughout – for example, Lene Lavich, Sinead O'Connor, Bjork and Tori Amos, particularly from a piano and vocal perspective. Those legacy artists have always been very inspirational to me, as well as strong female artists who were very musically talented in my eyes. From a production side of things, it was also amazing to collaborate with producers like DJ H and Himera because we move within the same circles but I also find those producers very inspiring as well.

Recently I’ve been listening to a lot more hard trance, hard dance, going down that kind of route. I’m just finding it really inspiring and when I was making the EP that was definitely in my kind of sonic sphere. My music is very emotional to me, it’s not trying to be ironic or funny, I don’t really tend to make music like that. It is more of an expression. Trophie is very much about power and about strength, and sonically I wanted to really bring that out in the big and hard-hitting beats and the manic side of it as well.

Dark City is a visual EP. In “Destroyer”, yours, Jordan Chappell’s and Yuma Burgess’s styles really complement each other. How did that collaboration end up happening? What was your input in terms of the actual final piece that we ended up seeing?

Trophie: Obviously, there are lots of downsides to being an independent artist, but something that’s really powerful and special about it is that you have creative control. That’s always been very important to me. Visually, it is incredibly important that what we see represents the sonics effectively. There was a perfect kind of synergy between both artists, they completely understood what I was saying and the references I was giving.

Music making software is super accessible now, and we’re all being exposed to such a wide variety of music thanks to streaming. People have influences from everywhere now. Why do you think it’s important to move towards this sort of post-genre sound when we are still in a constant cycle of returning old trends?

Trophie: What’s always drawn me to experimental electronic music is the lack of genre, it crosses over and has almost become, even though the DSP is like to kind of categorise things, a little bit anarchist in that way. It’s very creative, because you feel that you’re not bound to making a certain type of track. One of my first songs I ever wrote was “What's Your Genre” and it was basically a pisstake of being constantly asked what type of music you make because I hate being categorised. I like to not be a stereotype. If you’ve been categorised it’s the opposite of why you got into music in the first place. I think it’s so important that music and music software has become so accessible to everybody.

There is an element of elitism when it comes to learning musical instruments. I come from a very working-class background, I didn’t have a lot of money growing up,so I was definitely going against the grain through learning music. It’s really important to make it accessible to everybody because there are some amazing people out there who will never understand what they’re capable of.

If you could collaborate with any of the artists that you’re currently listening to, who would it be and why?

Trophie: There are so many people. The track I’ve been listening to a lot is “La Teknoz'' by De Grandi. It's a fusion of hard dance, Irish and Scottish-inspired music. I just think it’s amazing. Talking again about genres, I’m like, “what the fuck is this?” Working with him would be incredible. Working again with the people I've worked with on the EP as well. Working on one track is amazing, you learn so much from each other through the first track but then it turns to what else could we create? I think collaboration is so important, when I started with Trophie it was very much I'm going to do everything by myself, I'm going to mix, I'm going to master it, I'm going to produce. It's really cool to hopefully try and inspire people to do that but I also think collaboration is very important from a mental health perspective as well, it can be hard.

Join Dazed Club and be part of our world! You get exclusive access to events, parties, festivals and our editors, as well as a free subscription to Dazed for a year. Join for £5/month today.
MusicQ+AFeatureEDMNew Music