The brain behind acclaimed hit Severance has teamed up with the dance duo for their new single, ‘Water’ – here, the trio tell us more about the mind-bending video 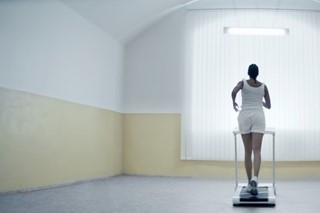 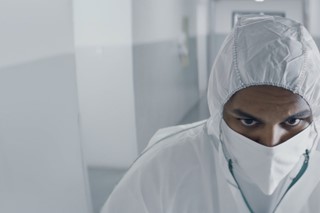 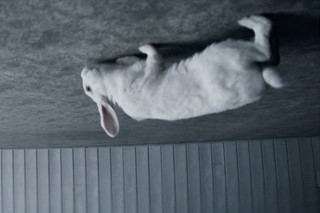 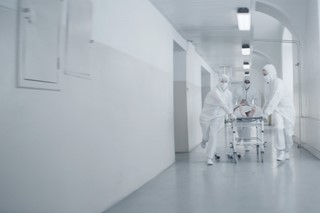 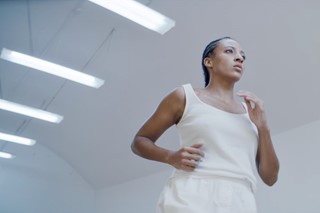 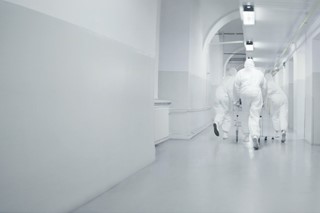 Contemporary sci-fi filmmaker Aoife McArdle (Severance, Kissing Candace) and acclaimed alternative dance duo Bicep have collaborated on the music video for “Water”, their first single since the release of their 2021 album Isles. The creative partnership formed out of a mutual love of each other’s works: Bicep were “initially drawn to the timeless feeling” of Aoife’s filmmaking, which they believe resonates with their music. The trio met for the first time earlier this year over a coffee.

A collaboration between Aoife McArdle (who is represented by SMUGGLER) and Bicep makes perfect sense – for one thing, they are linked by their country of origin. “It’s been particularly rewarding because we’re all from the North of Ireland, and I’m proud of what they’ve achieved,” says McArdle. They are also linked by their ability to create art that can transport you to another place – Bicep’s heady, euphoric dance music can take you from a packed tent to the raw coastline of Northern Ireland through skipping drums, airy synths and breathy, atmospheric vocals.

McArdle’s works – which span feature films, television and music videos – often blur the real and the surreal, without sacrificing emotional depth. Throughout her work, several visual motifs tend to recur, such as “homogenous, white, endless corridors, symmetrical tracking shots, top lighting and seamless transitions” according to McArdle herself. All of these are present in the video for “Water”, and also in the mind-bending Apple TV series Severance, which she directed along with Ben Stiller.

Below, we speak to both McArdle and Bicep about the filmmaking process, the video’s original inspirations, and the mysterious symbolism scattered throughout.

Aoife McArdle: The video was a direct response to listening to their track. It’s the most inspiring part of the process for me, especially when it’s a track I’m into like this one. I loved how hypnotic and atmospheric it is, and I loved the title. All of that gave me a lot to work with. I just listened to it on repeat and started conceptualising and storyboarding what I saw: an all-white space with infinite corridors and cyclical transitions; a patient on an endless journey through that abstract space facing preoccupations and anxieties – some warranted and some absurd. I liked the idea of the journey through the space mirroring the inner workings of a person’s mind.

Bicep: Both of us have been big fans of Aoife for years, but have only recently crossed paths even though we share a lot of mutual friends. We all met earlier in the year just to catch up in real life and see what each other was up to. Luckily, the timing of this project just was perfect in terms of working for everyone. The dystopian sci-fi genre of film has been a big influence on us when making music, so it was amazing to get a chance to align with one of the world's best directors in this field who can elevate our ideas into the visual form we imagined.

Aoife McArdle: I’d been following and admiring their [Bicep’s] work for a while. It also meant a lot to me because we’re all from Northern Ireland. We all have ties in Belfast and Omagh. We’ve all grown up dealing with a certain kind of environment where violence was always close by, so music becomes even more important. I also think having a true appreciation for techno, and electronic music is really Northern Irish. I love how music and nights like theirs really bring people together as nothing else does. It makes me even more proud of what they’ve achieved. In general, I also hope I can keep making music videos for music I’m into. I’ll always love that process.

Bicep: We were not involved in the concept or the filming at all, that was all Aoife. We trusted her vision when she presented the original idea and we were keen to step back and let her express herself fully. Initially, we spoke about a few reference points in her most recent work such as the amazing Severance, but stylistically across all of Aoife’s work, we were confident her direction would lead to something new, visually beautiful and thought-provoking.

Aoife McArdle: I spent a long time storyboarding it and really enjoyed working out all the transitions but we only had one long day to shoot so it still ended up being crazy despite all the prep. We ended up only having time to do one or two takes on every set-up. I was lucky our lead actress Angela Nwagbo was so skilled in moving fluidly through varying emotions. It’s very difficult and rare to be able to bring that on command under pressure. We shot in Prague in a derelict building.

We had to bring in all our own lights and add a lot of production design. The crew were so dedicated and brilliant. I’m still not sure how we managed to shoot everything we did in that time. Sheer will, passion and a true team effort. There’s also a huge amount of aesthetic clean-up, VFX compositing, stabilising and finessing in the finished piece. Black Kite were great partners on all the post-production.

Aoife McArdle: I definitely always like the viewer to have their own interpretation but I was thinking about water and existence, life and death and our collective anxieties. Sometimes warranted, sometimes absurd. I liked the idea of the video being as hypnotic and cyclical and atmospheric as the track – tonally somewhere between unnerving psychological horror and absurd, deadpan comedy.

Aoife McArdle: I think when a video serves its purpose it just gives you a deeper connection with the depth of the music. But I definitely wanted to present anxieties and preoccupations and how endless and absurd they can feel. Ultimately the takeaway message is one of defiant resilience and how right now it’s more important than ever to have a sense of humour about it all.

Join Dazed Club and be part of our world! You get exclusive access to events, parties, festivals and our editors, as well as a free subscription to Dazed for a year. Join for £5/month today.
MusicAudiovisualAoife McArdleDanceTelevisionsci-fiMichael Haneke