The ‘Own Brand (Baddie)’ singer talks to Dazed about her approach to music, growing her fanbase through TikTok and venturing into US trap beats 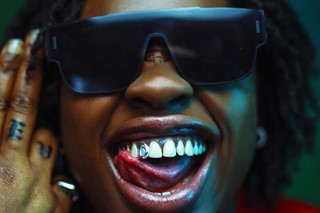 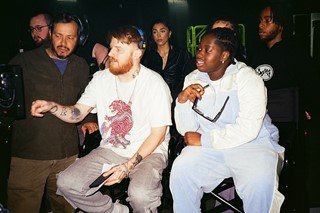 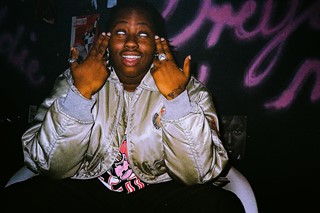 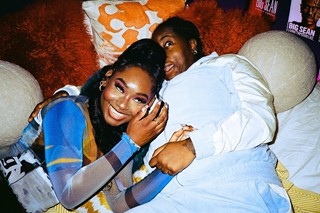 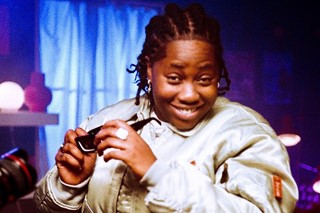 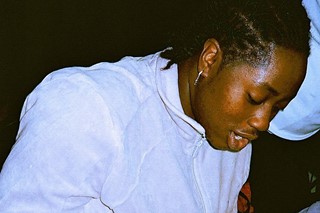 Dréya Mac’s story is one of experimentation and resilience. Both a musical artist and TikTok sensation (the 21-year-old has 1.4 million followers and 69.2 million likes on the app at the time of publication), she’s firmly established herself as a master of the algorithm.

First gaining attention for her widely popular single “Own Brand (Baddie)”, featuring FelixThe1st and Finch Fetti, Dréya quickly broke the internet, garnering over 65 million streams globally – not to mention gaining a seal of approval from Rihanna, who showed love for the artist via Instagram.

Born and raised in west London, Dréya is an alumnus of the prestigious BRIT School, where she studied dance and musical theatre. She then began to write her own music and secured roles in videos for Stormzy’s “Vossi Bop” and Kojey Radical’s “Can’t Go Back”.

Openly queer, Dréya represents one of the still fairly limited number of LGBTQ+ artists who have made the Top 40, bolstered by her success TikTok. Her unique ability to combine adroit lyricism with raunchy hooks is what makes her the embodiment of a new generation of artists finding their voice – and platform – on the app – but equally, her musical credentials speak for themselves.

In the wake of the release of her new video “Ain't No Way”, the musician talks to Dazed about nurturing her passion for music with dance, growing her fanbase through TikTok and venturing into US trap beats.

Can you tell us about your process? What happens when you go into the studio?

Dréya Mac: I don’t have a blueprint when I go in. And if [I am working with] a new producer or someone, I like to start something from scratch – I don’t really listen to old beats that they’ve made and I don’t give them a genre because I pretty much touch everything. And that’s also why I try to correct the term ‘rapper’. I’ve released heavy rap tunes, but I’m trying to have longevity in music. I’m not trying to put myself in a box.

Can you tell me about the importance of TikTok when it comes to marketing yourself?

Dréya Mac: For me, TikTok was quite spontaneous. It was never a planned thing. When I started in 2020 was when my first song had already dropped and no one was really listening to my music. So I started doing funny videos – it wasn’t like ‘I’m gonna do skits’ or ‘I’m gonna go out and be a comedian’. No, I was just posting stuff I would post on my Snapchat story or stuff I would send my friends. So when people started to like my personality, I realised that’s actually another bag. Because I know what people want to see and when people are bored – the algorithm changes every other week. You genuinely have to be on it all the time. I’ve been on the app for at least two years now, that’s how I know how to market my music.

Talk to me about this new release ‘Ain’t No Way’. What themes did you want to explore with the video?

Dréya Mac: I’m super excited about this release because I had the chance to be involved with the directing. I co-directed it with my friend Charlie, who also directed the “Baddie” video. And I feel like I explored my dancing properly – I choreographed this one, too. So I was really, really involved behind the scenes, heavily involved, and I costed it as well. I’ve not been a part of the other videos in that way. I feel so in control of this one, it feels different.

In your Genius interview, you said, ‘US trap beats have not been blessed with British accents.’ Can you elaborate on that?

Dréya Mac: I felt like [Pop Smoke] uses UK drill structure in beats. It’s changed the game. His last few songs were by a UK production system. The contrast is appealing because it’s just not happened [before]. And I feel like it’s to do with his voice. So I genuinely feel that flipping that over, doing the very dominant UK trap beats, and slapping a British accent over it, appeals to the masses. And I feel like that’s exactly what happened with my own brand: they heard the accent and were like, ‘this is a different kind of thing.’ It’s like, the flow is still like hitting, the voice is just not something we would usually go for.

You exude a kind of unapologetic sex appeal – what’s your secret?

Dréya Mac: Thanks so much, I’m going to write that down. In COVID, everyone grew up so quickly. And I went from being a teen to not being a teen. It was a lot for me. But then I realised in this video, looking back, I had no sauce from 19 downwards. COVID saved me. And the funny thing is, it’s just confidence. As soon as you genuinely believe that you are leng, you come across leng. I look back at old pictures, and I look so unsure. I had no confidence and you can see it. That’s the difference. That’s how you create your sauce.