Taken from the autumn 2021 issue of Dazed. You can buy a copy of our latest issue here

It’s Valentine’s weekend 2020 at the Chimurenga Factory. A mix of locals and internationals rub against each other in the tiny makeshift club in Woodstock, Cape Town’s most racially diverse square mile. “Sukendleleni” by Jobe London and Mphow 69 has just come on, and a flood of people start chanting “Jovey! Jovey!” in the direction of a seven-foot high subwoofer. The amapiano track skips, coils and drops like fireworks popping in the skies above Woodstock, mini-explosions of magic and resistance in the weeks before the world’s club lights were switched off.

In 2021, you can’t really call amapiano a genre. The yanos – an affectionate term for the fans and creators behind South Africa’s fastest-growing musical movement – often refer to it as a life. For them, amapiano is much more than just a hybrid of deep house, jazz piano and lounge, it is the sound of a new generation of Black youth in a country escaping not just the current restrictions, but colonial and Apartheid ghosts. It’s a sound that has far transcended the provincialism of how it is made and shared. Like any new subculture with a large following online, the music is complex, broad-reaching in scope and open to interpretation, ranging from the smooth, jazzy melodies found in Musa Keys’ “Vula Mlomo” to the high energy, fast-paced and playful sound of Kamo Mphela’s “Nkulunkulu”.

How 2manydjs made their mash-up masterpiece As Heard on Radio Soulwax Pt. 2As the landmark DJ mix compilation arrives on streaming platforms to mark its 20th anniversary, Dazed speaks to 2manydjs’ David and Stephen Dewaele, Erol Alkan, Peaches, and more
Amapiano - autumn 20218 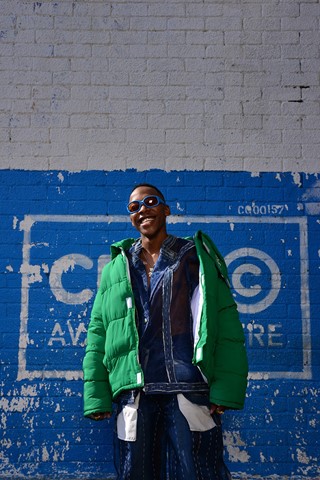 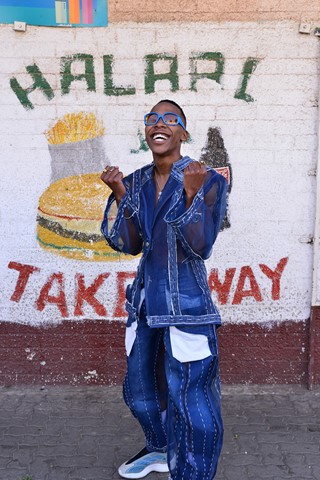 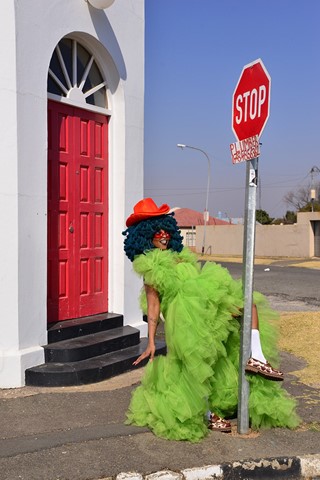 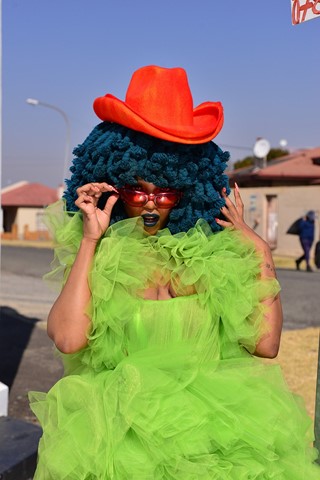 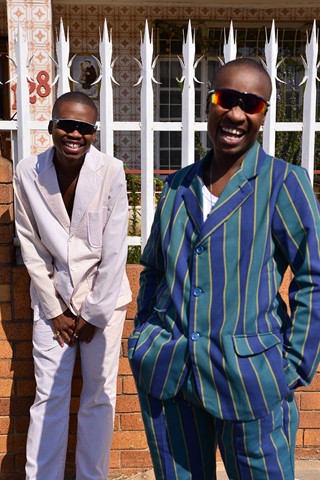 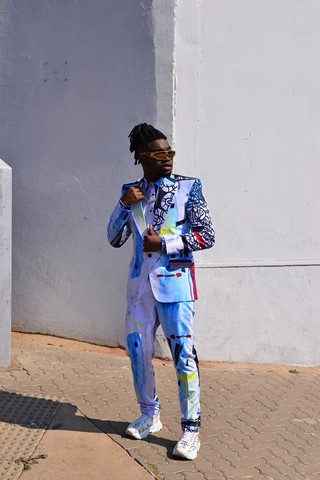 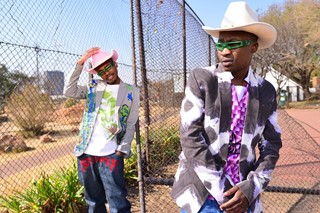 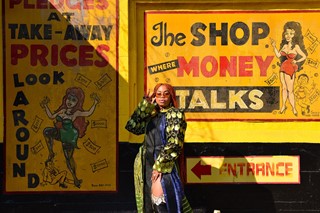 “Amapiano is a vibe, a big vibe – it’s a beautiful thing to see,” says rapper and singer Manu WorldStar, when I ask him if he thinks that the country’s halting nightlife will affect the sub- culture’s growth. “Everything sounds good on piano and we’re all tapping into that energy.” For musicians such as WorldStar, the genre – which emerged in 2012 but blew up across the world over lockdown – follows a long line of South African resistance music. The country’s sounds have always carried it through significant historical and sociopolitical transitions like these, be it the anti-Apartheid Afropop of Hugh Masekela and Miriam Makeba, the punk-raw depiction of a failing democracy in the music of Trompies and Mawillies, or the expressive individuality and sex-positivity of kwaito.

Chopped and screwed from marabi, kwela and house beats, kwaito emerged in the early 1990s in Soweto and blew up among the city’s Black urban youth. A new generation of amapiano artists reference kwaito not only in terms of its style but for what it meant to the culture, as the soundtrack to a generation breaking free from the oppression of Apartheid. “[Trompies musician] Mandla Spikiri once said kwaito would never die,” says producer and singer Reece Madlisa – who cut a string of heavy-hitting amapiano tunes with vocalist Zuma – when I ask him about the impact of the genre. The lineage can be heard in the lyrics of amapiano anthem “Woza”, by Mr JazziQ, which nod to the fallen legends of kwaito: Mandoza, Lebo Mathosa and the queen of the genre, Mshoza.

“I really believe that South Africa is a dance nation... When you hear [amapiano], it just hits you. You can’t sit down, you can’t stay still. That’s what it does to you” – Sha Sha

Chopped and screwed from marabi, kwela and house beats, kwaito emerged in the early 1990s in Soweto and blew up among the city’s Black urban youth. A new generation of amapiano artists reference kwaito not only in terms of its style but for what it meant to the culture, as the soundtrack to a generation breaking free from the oppression of Apartheid. “[Trompies musician] Mandla Spikiri once said kwaito would never die,” says producer and singer Reece Madlisa – who cut a string of heavy-hitting amapiano tunes with vocalist Zuma – when I ask him about the impact of the genre. The lineage can be heard in the lyrics of amapiano anthem “Woza”, by Mr JazziQ, which nod to the fallen legends of kwaito: Mandoza, Lebo Mathosa and the queen of the genre, Mshoza.

With many of the country’s venues still shut, amapiano artists are using social media and YouTube to throw raves and bypass South Africa’s money-motivated music industry. In its early days, amapiano was sidelined by mainstream radio on account of its low production values and underground status. “We never gave up because we knew what we wanted to accomplish,” recalls Pretoria-based amapiano beatmaker Kabza De Small of the early hustle days of the sound. “We would plug in two DVD players and a mixer that couldn’t even lower the bass. You get me? This music thing was always inside of me.”

Today there is a direct line between artist and audience, where musicians can bypass record labels and book gigs through WhatsApp and Instagram. “The amapiano movement has a huge mixtape culture attached to it, which I think was a vehicle to move new music from one ear to the next while promoting your DJ skills and mixing capabilities,” said DJ and radio host Kutloano ‘Da Kruk’ Nhlapo in a recent interview. An early champion of the genre, Nhlapo became the  rst host to play amapiano on national radio, after mixes made their way to him through WhatsApp and Data lehost.

DJs are known to host live events on Insta- gram as a way to test out new sounds and ideas. With 475k followers, DJ Vigro Deep often shares his process online, a practice he started when Covid hit. The studio sessions range anywhere from a few minutes to an hour, with his latest attracting more than 85k views to date. “I’m in my own lane,” says Deep from a room in Dublin where he’s currently in quarantine. “I make music for the world: my sound is very different because I don’t try to be like others.” After connement he is heading to London, where he is set to play a month’s worth of IRL shows. It’s all catchup, for the DJ. “Starting from [August], ke waya waya [it’s ongoing]. When I make music I want people to have fun. I like showing people what I can do, but I also want them to be happy.”

When amapiano artists are able to throw gigs, TikTok and YouTube can make them explode in real-time, across the world. During lockdown in March 2020, a video of Renei Solana, a raver from Pretoria, blowing a whistle to the tune of Thebelebe’s amapiano track “Jebson”, became one of the genre’s most viral moments. Riding the wave, Solana started curating her own YouTube channel focusing on music from Pretoria and became a dancer in her own right. Solana’s story not only demonstrates how music and dance are intricately woven into the everyday lives of many young South Africans, but how a gender balance is emerging in amapiano, especially compared with kwaito’s male-heavy producer scene.

Alongside Vigro Deep and Kabza De Small, Moon- child Sanelly is an artist bringing amapiano to viral levels on TikTok. “It’s about knowing what the people want – that’s how we stay on top of the game,” she says of her jumpy, cascading tunes like “Bashiri”. “Knowing their taste, mood and attention span – how much should you try to  t into a song.” When she’s not collaborating with Ghetts and contributing music to Beyoncé’s Black Is King project, she’s developing an experimental take on amapiano. For Sanelly, who worked with classically trained musicians as a kid and has written music for reggae bands, it’s all just part of music’s endless evolution, and her success is linked to her ability to understand the market and move in step with it. Like many artists growing from the amapiano scene outwards, her only goal is to make music that speaks to, and moves, people. “My growth has no ego,” she says plainly. “There is no pride in proclaiming yourself underground.” It is exactly this willingness to evolve, and collaborate, that keeps amapiano so radically changeable, and unpredictable.

“We would plug in two DVD players and a mixer that couldn’t even lower the bass. You get me? This music thing was always inside me” – Kabza De Small

Amapiano’s signature wavy percussion is known as the ‘log drum’, a term referenced by Kabza De Small on his 2020 track, “iLog drum”. It makes up a big part of the music of Zimbabwe-born singer Sha Sha, known by some as the ‘The Queen of Amapiano.’ “I really believe that South Africa is a dance nation,” says the artist. “I’m based in [Jo- hannesburg] and I hear it literally everywhere here. It’s transcending into this blissful, spiritual melodic energy. Immediately when you hear it, it just hits you. You can’t sit down, you can’t stay still. That’s what it does to you.”

In Sha Sha’s video for “Woza”, which has over 1.5m views on YouTube, the singer appears in a dark, crowded club. A raver is doing the ‘pouncing cat’, a dance that grew out of the genre featuring a combination of footwork and hand gestures that emulate feline motions as the song switches tempo. The genre is littered with moves like these – syncopated, quick-stepping styles evoking the pantsula dance culture that gained popularity in the 1950s. The image of people “playing with a bottle”, referring to dancers who perform different manoeuvres with a beer bottle, grew from 2020’s #dance-likepapers707 social media challenge. Papers 707, who sadly passed away last year, was a producer who would often perform tricks with his drink as he partied.

In a country clouded by political unrest, high youth unemployment and wealth inequality, music offers an escape from the harsh realities of life. For some, it can even offer a way out of nancial ruin. In the amapiano documentary Shaya!, narrator Wandile Thambile tracks the genre’s origins back to the townships – typically underdeveloped suburbs on the outskirts of cities where non-white workers were forced to live under Apartheid. DJs Force Reloaded of MFR Souls and Kabza De Small remember struggling to make ends meet in the early days of their careers, sometimes having to walk to gigs because they couldn’t afford transpor- tation. Their success is noteworthy, says Nhlapo in the doc, precisely because it has been achieved without industry backing: “Amapiano is one of the only genres where a guy that is big on Youtube or WhatsApp is actually getting shows and gigging... [Normally] there is a ‘business person’ trying to dictate how much money the artist should be making. But these guys have literally painted their own canvas.”