Taken from the spring 2021 issue of Dazed

In a YouTube video from late October 2020, a 15-year-old rapper called glaive frolics in the woods dressed as a raccoon. He peeks over at a log cabin, where he and a small cohort of other teenage woodland creatures, including fellow artist ericdoa, begin raiding the bins. “I’m so pissed, I’m angry as fuck / I wanna kill myself, but you’re calling my bluff,” glaive sings in an unaffected tone over a chirpy chiptune beat. Listened to more than 1.5 million times, it has a pounding, pixellated style thatis both insanely catchy and unsettling. It’s whatyou would imagine 2020 to sound like if you plugged it into a sound deck and simultaneously smashed it against the wall.

Despite only making music since the beginning of the pandemic, the now-16-year-old musician has become one of the breakout stars of a glitchy, amorphous wave of online rap that Spotify curators want to call hyperpop. A favourite subject of debate among dedicated music circles, the genre is a catchall for the extremely online strain of disruptive, maximalist pop made popular by TikTok videos and Spotify playlists. The word is often used to describe the bouncy electropop of Charli XCX and the genderfluid experimentalism of Dorian Electra, Rina Sawayama’s Y2K nu-metal and the gonzo sound of 100 gecs. But it also encompasses a more esoteric community of online artists, including glaive, whose hip-hop-adjacent music offers a peek into hyperpop’s rich underbelly. Its followers, most of them teens or edging into their 20s, are disciples of Lil Uzi Vert, Bladee and Lil Peep; its church is SoundCloud, via messaging apps such as Discord.

The story of hyperpop begins in 2014, when it was first used to describe the bonkers brand of electronic pop made by PC Music – the experimental collective and label founded by British producer and songwriter A.G. Cook. “PC Music presents slick surfaces, a playful spirit and a kaleidoscopic near-futurism,” wrote Philip Sherburne in Pitchfork at the time. “The upstart British label is capable of absorbing virtually any influence and making it a part of its own warped pop totality.” Blurring the lines between bedroom and professional-studio production, the label’s democratic approach – that anyone can make music on their laptops – challenged notions of who could and couldn’t be a pop star. Cook’s ability to absorb practically any influence – subgenres such as nightcore, 90s Europop, happy hardcore, eskibeat, K-pop, J-pop, vocaloid, and 8-bit – poked fun at the ultra-serious tendencies of underground electronic music. Many of the qualities that define hyperpop today – squealing synth melodies and Auto-Tuned earworm hooks, web 2.0 nostalgia, and ample distortion – are reflected in early projects such as QT, whose collaborators have included Cook and PC Music affiliates Hannah Diamond and SOPHIE, who tragically passed away in January. 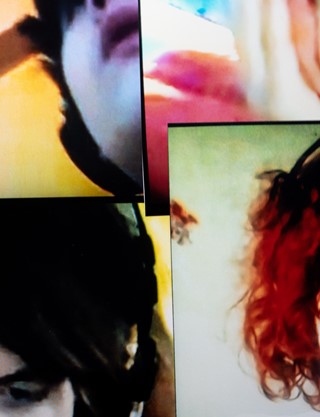 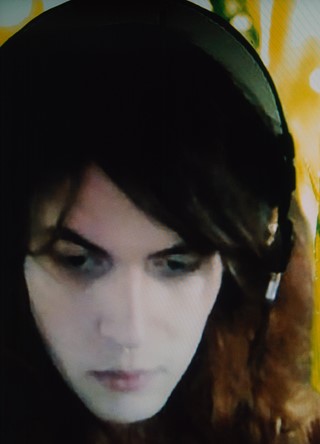 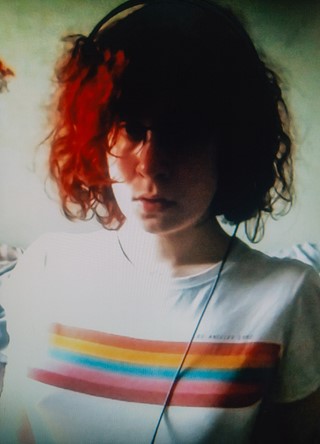 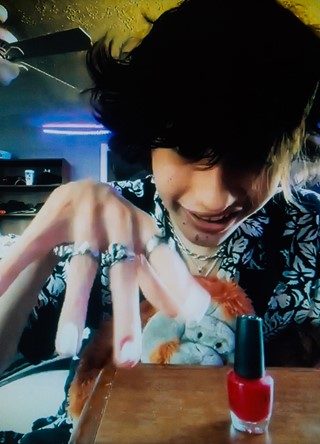 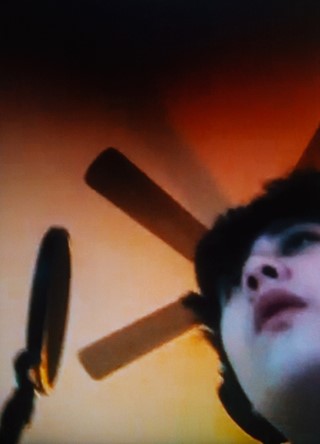 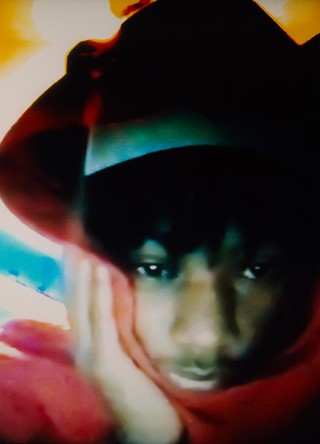 Arguably the biggest names to emerge from the hyperpop scene, 100 gecs’ Dylan Brady and Laura Les, credit PC Music as being among their most significant influences. The biggest buzz-band of 2019, they topped many year-end lists thanks to the supercharged mashup of memes, genres, and decades on their debut album, 1000 gecs. At more than 40 million listens on Spotify, their track “money machine” embodies this scrapyard approach, with its genre mishmash of squelching electro-rock, SoundCloud rap and blown-out, Sleigh Bells-style rock serving as an antidote to the risk-free, middlebrow music dominating the streaming charts. The same year, Spotify launched a hyperpop playlist as a response to the group’s viral success. “When we started it back in August 2019, we had seen a community growing online, and had earlier that year come across artists like Laura Les and Dylan Brady, who were making music like we had never heard before,” says Lizzy Szabo, senior editor at Spotify and lead curator of the playlist.

Originally featuring songs by 100 gecs and artists associated with PC Music, the playlist was guest-curated by Les and Brady last July, who drew from the community of artists who had been developing via SoundCloud and Discord. “Turns out there were a lot of other artists making music in this vein that didn’t have an immediately obvious playlist home,” Szabo says. “So we wanted to help change (this), and created the hyperpop playlist. We wanted that space to introduce experimental and forward-thinking music fans to like-minded artists, and let the artists know we see them, appreciate their art and the community they had created.”

Spotify’s playlist has been the primary engine for promoting and popularising the term ‘hyperpop’ – and was the first to coin it as an official genre. At 158,000 followers, it’s still relatively small (RapCaviar, one of the platform’s most popular playlists, has more than 13 million), but Szabo says it has one of the highest save rates. More than 80 per cent of its currently featured songs are independent releases and, because of its high level of engagement, the playlist has served as a crucial platform for many young artists. “It’s definitely allowed a lot of smaller artists to get their initial push and build up a fanbase,” explains 22-year-old artist Alice Gas.

Like its predecessors, the SoundCloud generation of hyperpop artists draws on a bewildering array of stylistic elements, from bubblegum pop and Eurohouse to hip hop, trance, J-pop and K-pop, emo and even nu-metal. Szabo defines the genre as “essentially pop with elements of EDM, sometimes trap. It’s maximalist, synthy, surreal Auto-Tuned, experimental”. But while PC Music can be recognised for its long, repetitive choruses, the newer crop of artists prefers shorter, rowdier hooks, mirroring the relentless pace of the internet and social media. Their references are different, too: you’re more likely to find them listening to the Auto-Tuned croon of Bladee, or the distorted, blown-out maximalism of 100 gecs, than you are PC Music’s high-fidelity sound. “I never listened to PC Music until recently,” admits glaive. “Hyperpop is just a huge variety of music and people put under a single belt.”

“I would say the newer generation of ‘SoundCloud hyperpop’, or whatever, pulls from a lot of the same influences as PC Music. I just think it’s executed in a different way,” Gas says. “The newer stuff is a lot less polished. It’s mostly being made by kids in their bedrooms with mics and FL Studio, rather than (by) actually going to a physical studio and recording there.”

With more than four million Spotify hits, Gas’s “Ferrari” makes a strong case for this alchemical formula. She imbues web 2.0 earnestness with the euphoric enthusiasm of Eurodance and donk that pummels your brain like a pitch-shifted power drill. “If you fuck with me / I’ll play your ass like some checkers,” she warns, before retreating back into a wall of blown-out 808s. Osquinn’s “bad idea” takes a similarly agnostic approach. Osquinn (whose music can be found under P4rkr on Spotify, the name she used before coming out as transgender last April) wrote the minute-long track after getting into an argument on Twitter. “I’m still trapped and I can’t work, I’m too distracted / Saw your tweet and took some action, bad idea,”she sings against a cascade of pitched-up vocals and abrasive synths, hurling the listener into digital disarray.

“We wanted that space to introduce experimental and forward-thinking music fans to like-minded artists, and let the artists know we see them, appreciate their art and the community they had created” – Lizzie Szabo, Spotify

Many of hyperpop’s key players are trans and nonbinary, and as such resist classification in much the same way that the genre itself has. “I think part of the reason so many LGBTQ+ people are attracted to the genre is because, for a lot of us growing up, most of the music we listened to was made by cis people. It’s really nice to be able to relate to the artists you’re listening to,” says Gas. In her book Glitch Feminism, Legacy Russell explores how online spaces and technology evade the limits the body finds itself constrained by as well as society’s perceptions. “With physical movement often restricted, female-identifying people, queer people, Black people invent ways to create space through rupture,” she writes. “Glitch feminism gives weight to the selves we create through the material of the internet.”

Similarly, hyperpop artists combine electronic interventions with internet culture to explore new identities, beyond the body’s physical limitations. Blurring the divide between body and machine, artist and song names are styled in lower-case lettering, reminiscent of online messaging boards, while visuals are littered with cheap-looking 3D renders, evoking the bygone era of Myspace and Windows 95. Even the vocals, often processed to cyborgian proportions, intentionally embody error, with an emphasis on digital stutters or glitches (“I-I-I-I been feeling terrible,” laments d0llywood1 in “ihonestlymightjustgiveup”).

It’s no surprise that both hyperpop and TikTok exploded in a year that most of us were alone in our rooms. The hyperpop community primarily exists online, with many of its artists hailing from the American suburbs – Brady and Les both grew up in residential St Louis, while osquinn is from Virginia and glaive lives in a small town south of Asheville, North Carolina. While it’s a far cry from the buzzy London art scene associated with PC Music, the movement’s virtual roots have given it the tools to thrive at a time when music communities are struggling to adjust to life in the ‘new normal’. Besides, between never-ending social media streams, the exhausting gig economy, neoliberal anxiety and a global pandemic, hyperpop is the logical sound of the internet turning in on itself, a cathartic antidote to the pressures to be optimal agents with thriving personal lives and buzzy social media feeds. Its dizzying ascent has spread like a meme; its virtual modes of communication mean that the scene is constantly evolving, with collaborations happening at warp speed.

Szabo agrees. “(The Spotify playlist) speaks much more to community than it does to genre,” she explains. “We really just want to spotlight as many new artists as we can,and do justice to the cool things hyperpop artists and fans are doing. They’re very connected, and it’s a privilege to provide more space for them to have fun and be successful.”While the playlist has certainly provided a springboard for these young artists, it has also led to frustration for those who resent their music being grouped together under such an arbitrary term – especially one introduced by Spotify.

In September, Spotify invited Cook to curate the playlist. He added artists including Nicki Minaj, J Dilla, Lil Uzi Vert and Kate Bush, but was met with significant backlash when people accused him of squeezing out smaller, more relevant acts in favour of established artists with no clear connection to the scene. ‘Hyperpoop’ jokes and memes abounded on Twitter, while many artists accused the platform of taking away from those “literally living off that Spotify cheque”, as osquinn told The New York Times last November. But overall, many artists are positive about the impact the playlist has had on the community. “I don’t think it’s really changed much,” says glaive. “It’s definitely had some negative moments, but overall it’s been great.”

If anything, the backlash was a glaring indication of just how seriously people take hyperpop. Despite the playlist’s corporate origins, it’s ruled and beloved by young, underground artists (at time of writing, it was being curated by glaive and ericdoa) who operate in a tight-knit online community and naturally feel protective over it. As hyperpop inches towards the mainstream, however, it risks falling into the same trap as other internet-born genres. The tension between hyperpop as a commodity and the community behind it will build as the artists at its forefront grow older and gain further recognition. The dedicated fandom that has carried the movement so far could risk bursting it completely.