Following the surprise release of their second album Fires in Heaven, Jack Donoghue and John Holland reflect on the band’s beginnings, chasing tornadoes, and their affiliation to the American midwest 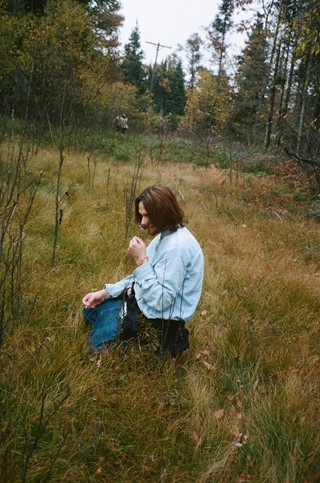 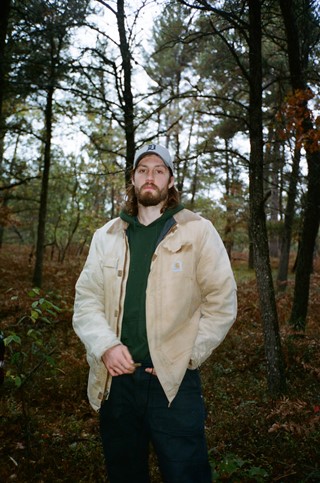 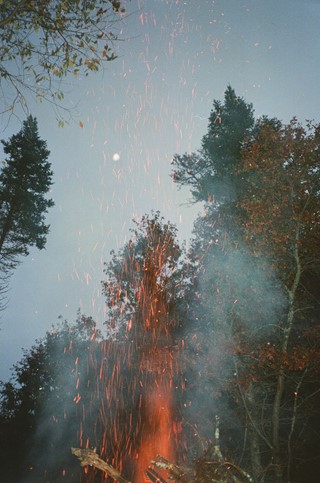 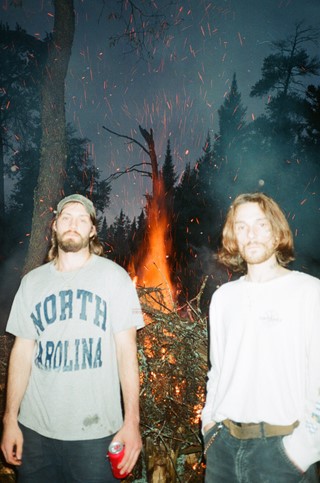 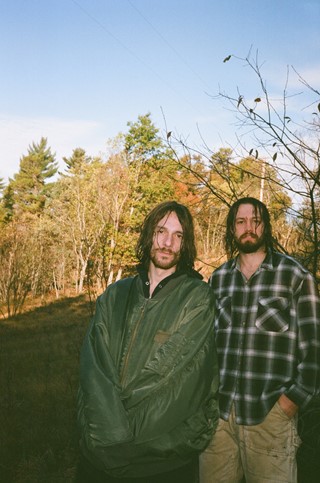 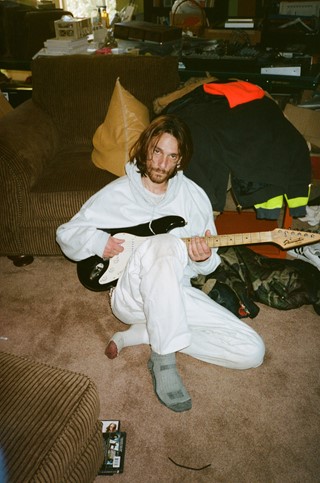 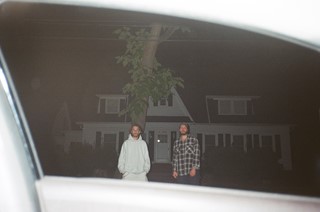 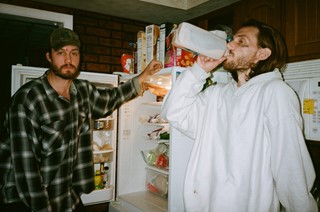 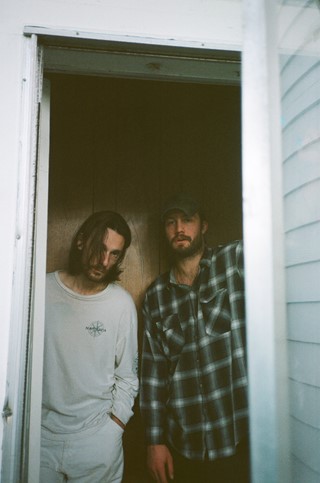 Taken from the autumn/winter 2020 issue of Dazed. You can pre-order a copy of our latest issue here

There is a jet stream of polar air that passes over Lake Michigan and ends in Chicago, creating one of America’s most severe winter climates. Cold’s icy grip chokes away the particles of breath as they enter the lungs. Daylight shudders into a vanishing pocket of hours between morning’s last cigarette and the afternoon’s first malt brew. Car doors freeze themselves into an impenetrable block of metal and ice. You have to run on the spot to stand outside, and break into your truck with a prybar, or take your glove off to hold a lighter and melt a passage for your key, wondering what will give way first, the lock or the skin of your bare hand. In 2015, February in Chicago was the seventh coldest on record, and Jack Donoghue had reached a point of reckoning.

“I did not want to be alive any more,” Jack tells me. His words blear together as if he’s considering whether to share this information. “I realised that if I didn’t set a date to kill myself then I wasn’t going to.” He called his brother, who preternaturally summoned the type of response even the faithless can’t dispute. “He said, ‘I understand if you have to do that, but if you get on an SSRI for six months and leave Chicago first, I’ll take it less personally. You don’t have to stay alive but you have to make an effort to change your situation.’” Jack had been working a job as a studio mechanic. “I felt so much pain; (I was) so tired, un-present in my own life and wiped out. I wanted some rest.” Jack took his lifted Toyota Tacoma (and his German Shepherd, Misha) down to Louisiana where an acquaintance had said he could get him work on an offshore oil rig out of Port Fourchon. He was drawn to the long stints of work and limited distractions but, as soon as he got there, the industry took a hit. The Great Oil Plunge of 2014-16 has been described as the biggest price drop in modern history, decimating jobs due to deceleration from oil-dependent exporters. In other words, everyone got laid off.

It had been five years since Salem released their debut LP, King Night, and four since the follow-up – and perhaps final – release, the I’m Still In The Night EP. They weren’t putting out music any more. “It was partially about us wanting to self-release,” Jack recalls, his voice trailing off. “There was some confusion about how to move forward without anyone feeling uncomfortable. We needed to find work and other things. We needed to survive.

John Holland, Salem’s other half (the lineup in those days also included Heather Marlatt), was in Michigan at the time. “There was a lot going on, and nothing at the same time,” he says, offering a fuzzier take. Jack convinced John to take his ’96 Honda Accord (“a resilient car,” Jack chimes, with the affect of a car salesman from his home state) and gun it down to the bayou. “We could work on music, or you could just get out of Michigan,” he said. John, always running from something, was neck-deep in his own hot water and didn’t need to be convinced.

There, in a house wedged between Bayou Terrebonne and Humble Canal, the bulk of another Salem album was born. King Night culminated with a track called “Killer”, sending the album out with the line “You know you’re fighting for your soul.” It became a premonition for the recording of their new album, Fires in Heaven, which finally saw light of day ten years after their debut. (It was self-released last month.)

Salem’s origin story has become something of an urban legend, a refrain mutating from one article to the next, the natural progression of an account rephrased and rewritten, completely divorced from the source. It involves truck-stop hustling, drug addictions, trauma, violence, self-harm, and a late-00s music scene that would be spawned by mistake. What began as an anonymised internet curiosity – beguiling zip files of homespun records with titles like “FuCKU” and “Prom” dropping on message boards – became an art-world fixation and sonic influence many musicians would be too self-serving to acknowledge. Mixing electronic shoegaze with house, disembodied trap drums and unearthly vocals, Salem arrived at something conclusively rare: a new sound, a private genre. Their music – often tacked on to the era’s strangest subgenre, witch house – always embodied a certain threat, but also a salvation, even if by mistake.

“For years it felt like we were hoarding all of these little birds in a giant cage. It feels good to set some free. They belong to the world now” – Jack Donoghue

The boys have a somewhat rough exterior. Perhaps for survival, they donned armour of the communities they grew up in. And yet their music and openness about their struggles and sexuality stand in stark contrast to the silent-midwesterner archetype. They’ve navigated many circles without being defined by any. But what connected so many fans to the music in the first place was that intangible sense of otherness, of an insular language being conjured through music and image.

It’s no surprise their second album grew out of that same spirit. Louisiana was a necessary escape, if not the antidote, according to Jack: as he puts it, “our problems came with us”. “Havin’ fun,” John yells. Jack laughs like a deep southerner pulling donuts in a parking lot.

In September, Fires in Heaven was announced with the surprise release of “Starfall”. The music video was created with Tommy Malekoff and featured Salem chasing tornadoes across the American plains, staggering through cotton fields in a deluge of flash floods, and driving between motels and truck stops from one twister to the next. They drove from Tulsa to Dallas with a storm chaser they had contacted online, and a friend, Aaron Brown. It was an exalted exercise in following danger. “We made this video because storm-chasing was something we’d both wanted to do, says Jack. “I think we were more excited than scared at any time, but when we got to Dallas there were other drivers and more debris to watch out for.” Adds John: “You could see the whole city black out for a second and then the sky would go green. I loved it. I want to go again.”

“It was this feeling of surrender and awe,” Jack explains. “Then when the storm passed we’d have a sort of comedown from the adrenaline. We’d go to a strip club and decompress... We went through a lot of emotions.” John interrupts: “I think I got Covid on the last day.”

The video is a reminder that Salem are nothing if not a product of the hinterlands, prodigal sons of the American midwest. Their devotion to the region isn’t purely biographical, nor aesthetic, compelling as that may be. It’s more like a ministry: a prayer to a forgotten America, oft abandoned by artists for the coastlines. “People don’t represent the midwest enough,” Jack says. “I feel the most comfortable here. There is a seriousness and depth here that has formed us. Salem is full spectrum.” Much of Fires In Heaven leans into the more euphoric side of things, not quite a rejoinder to King Night but an expansion. Listening to it in a plague year feels like an alarm bell, John and Jack’s vocals escalating to drawn-out hollers. It jostles you to a time when bands made big sounds. If this is the apocalypse, the afterlife will bear no whispers, only crescendos.

Despite appearances, Jack and John never quit recording. Working remotely was a mainstay. Often, the two would send tracks back and forth. The last time they were together was in a cabin in the Michigan woods, recording guitar riffs by the light of dozens of space heaters, until the landlord asked them to leave because the heaters were a fire risk. Sometimes working separately even when together, the two shared files and swapped laptops with different sets of headphones, labouring for hours over songs. “I don’t think any of the Michigan songs ended up on the record,” John muses, mentally sifting through a constellation of their unreleased music.

“People don’t represent the midwest enough. I feel the most comfortable here. There is a seriousness and depth here that has formed us” – Jack Donoghue

The album was released the day before Halloween, and Jack describes the feeling as one of relinquishment. “For years it felt like we were hoarding all of these little birds in a giant cage,” Jack says. “It feels good to set some free. They aren’t ours any more; they belong to the world now.”

Twelve years into their project, Salem could have stayed buried and almost did. There’s nothing left to do but be completely honest. “It’s cool if we inspired other people,” says John, “because the result is more music we like. I’ve always liked that people hate us or they love us. Not caring is the worst thing.” That tension is the river that runs through everything they touch, bridging their origin with their latest stop on what is becoming a longer drive than any gambling man could have guessed.

Whether they tour a live show, release more hoodies, sell their trucks to Guatemalans or surprise a subreddit with a folder of demos, it will be the product of chasing the storm, following the kind of weather that threatens to pulverise them at each off-ramp. “I am not actively trying to be self-destructive any more,” Jack says. “The path we’re on hasn’t been straight but we have a lot of love for each other and continue to work. I hope there’s some progression.”

Salem’s Fires in Heaven is out now via Decent Distribution