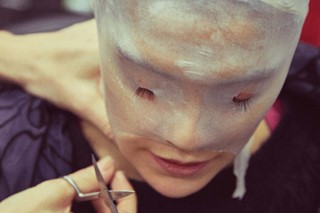 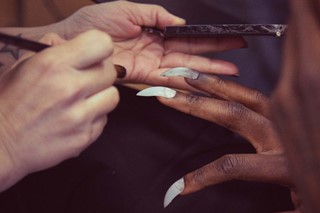 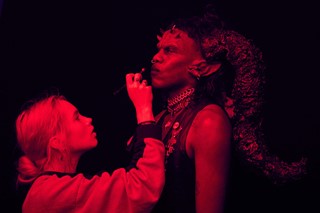 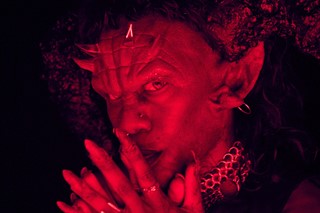 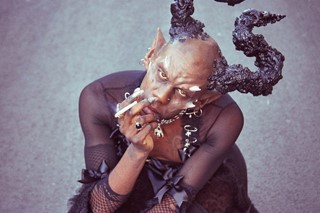 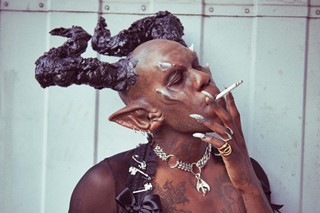 Yves Tumor’s 2018 album, Safe in the Hands of Love, was an avant-pop record with bounding ambition, where freeform melodies would crash into pained yowls, and soul songs would sharply transform into discordant noise. Last week, the musician released “Gospel for a New Century”, the first single from their new album Heaven to a Tortured Mind. The song, written by Yves Tumor and produced by the musician alongside Justin Raisen (who has previously worked with Sky Ferreira, Charli XCX, and Kim Gordon), pushes the sonic ideas that they explored on their previous album, opening with brisk hip hop drum chops and thunderous funk horns before collapsing into heavy rock riffs that mirror the Tumor’s anguished lyrics: “Cause when I really needed you the most, yeah, you were gone then.”

Yves Tumor previously worked with make-up artist Isamaya Ffrench to create the look of the Safe in the Hands of Love album sleeve and imagery. The two paired up again for the “Gospel for a New Century” music video – Ffrench’s directorial debut – which depicts Yves Tumor sit atop a throne in an androgynous underworld, backed by hooved dancers. “Nobody has ever inspired or moved me like Yves Tumor,” Ffrench says. “It’s hard to do justice and communicate the devotional feeling of adoration and love I feel for him and what he represents as an artist. In short, he’s the shit and I’m so honoured to have made my directorial debut with him as my muse.”

Yves Tumor’s Heaven to a Tortured Mind is out April 3, with the YVES TUMOR & ITS BAND headlining world tour starting from March 3