The artist behind IGOR got candid on fashion, politics, and internet influence in a Q&A at the London Creative All Star series with Dazed and Converse 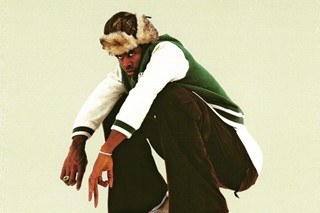 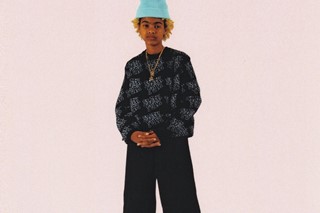 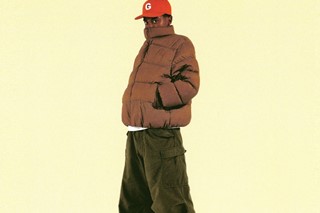 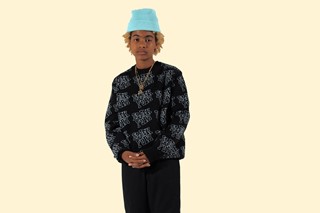 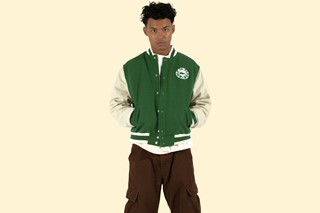 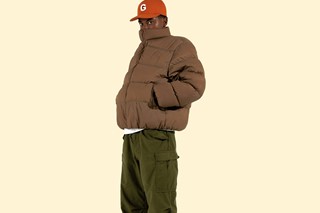 “I feel like people in the UK are way more attractive and have better style than people in America,” Tyler, the Creator told a whooping London crowd yesterday (February 15). The musician was in London as part of Converse’s Creative All Star series, a new ongoing program from Converse offering classes to London’s youth that spark progress through creativity.

Across what was meant to be a 30-minute talk and question and answer session (it stretched to almost two hours), the musician behind Grammy award-winning IGOR spoke candidly about his creative process, style, the thought of an Odd Future reunion, and eventful recent months.

After winning his first Grammy, taking home the prize for Best Rap Album with IGOR, the musician spoke to the press about his reservations about the genre category he won in. Specifically, he questioned the use of the ‘rap’ and ‘urban’ categories and their racist connotations in the awards ceremony sphere. After the interview, Tyler was praised, he remembers, as a “hero” for calling out the undercurrents of racism.

Speaking yesterday, Tyler gave more context, first discussing the moment he won and his acceptance. “I didn’t have a speech, but I had points that I really wanted to make – but my mom was so excited, it threw me the fuck off. I didn’t know she was coming on stage, I got on the mic and then she hugged me – I was like ‘aw, what the fuck!’... I forgot the whole thing that I was going to say. But anyway, I got most of it out… it was nice though,” he said.

“When I got the award, they said, ‘come this way’ – I went through a weird backdoor… I’m not with Jasper (Dolphin, his frequent collaborator), I don’t know where the fuck my mom went. I have two security guards but one isn’t with me… I didn’t really know anybody. This moment happened, and I’m not with anyone I’m usually with!”

“They said, ‘come back here, we’re gonna talk to a few magazines, and then you’ll be out. We’ll do one section of press – alright, cool, whatever. I’m like, ‘bro where’s my friends? Where’s Clancy (Tyler’s manager)?’ I got nobody to hug!”

Tyler then went on to say that he was unaware he was being filmed for the post-acceptance speech in which he made the stand-out statement. “I didn’t know they were filming, I just thought the quote would come out in the magazines. If you look, my body language is fucking annoyed, because people keep asking me fucking questions and I don’t know where none of my n– are, bro! That was not that fun!”

The musician’s performance was the night’s most triumphant moment – performing “NEW MAGIC WAND” and “EARFQUAKE” while flanked by blond-wigged clones in matching pink and red suits. “The Grammy I was excited to win – cool, whatever – but executing that performance was all I gave a fuck about,” he shared with yesterday’s audience. “They don’t let shit like that on a platform like that. They let me do an album cut, a fucking album cut… my goal was to drive a fucking bus through that fucking Grammys stage, and that got executed. It got talked more than (sic) mostly everything. I didn’t want to do a good performance that everyone would like – I wanted to say, this is what the fuck I think is tight and 120 per cent, and now, it’s history.”

“I know I’m tight, I’m talented, I’m cute as fuck – I know all that, it took me a long time to figure a lot of that shit out and get to that point, but I knew all that was going to happen.”

Reflecting on the accolade and what it means for his future, he added: “I’m excited for the next 10 years, cos I don’t know what the fuck I’m doing, but it’ll definitely be something sick. But finally getting up there and being recognised for the shit I’m putting out, in context of everything that’s out and popping – that shit felt fucking tight.”

For many in the British audience, it’s exciting to see Tyler in London – back in 2015, he was banned from entering the United Kingdom for three to five years by then-Home Secretary Theresa May. May said lyrics on Bastard and Goblin “encourage(d) violence and intolerance of homosexuality”, and “foster(ed) hatred with views that seek to provoke others to terrorist acts”. It forced the cancellation of the UK leg of Tyler’s Cherry Bomb tour.

Upon hearing of May’s resignation last year, Tyler told the audience of his reaction: “I just started laughing like, haha, that bitch is mad!” The rapper also poked fun at an audience member on the “mad Brexit shit”.

Tyler also shared how his aesthetic has been inspired by his surroundings in California, his friends, and the hotel staff in places he has toured. “I travel a lot and I really fuck with the bellboys that be at the hotels.” He said the bellboy outfit was originally going to be the main aesthetic for IGOR, but “never went through with it”. “I just had it laying at the house, so I though, fuck it! I’ll wear it on the red carpet… I thought I would go all out gross and extra with it, people liked it.”

Speaking more on his own personal style, Tyler shared that his top five pieces and style points are “pink, slacks, afros, gold teeth, and shorts”. On finding your own style, he offered the advice: “Dive 100 per cent into it, even if no one likes it, that’s your bitch, and then you move the fuck on.” Laying down the law with one inquisitive crowd member, he also asserted the importance of manicures for men. He also told the crowd he wears pink boxers just about every day, pulling down his pants to assert the fact.

Having his successful Converse collaborations and his own Golf Wang brand, Tyler has become an off-beat, Andy Warhol-wigged, skater grandad-esque style icon. When asked about whether he would expand his label and do fashion shows, he rejected the idea as expensive and unnecessary, particularly in the digital age when “it’s going to end up on YouTube and Instagram anyway…. Chanel, Louis, that’s where everyone’s shit is going to end up.”

“I (would) spend all this money, all this time stressing, going grey for the seven minutes made for people who barely give a fuck or just want to be seen there with a post on Instagram to make people think that they’re killing it. For the shit to maybe not even be perfect... and that shit is expensive… what’s the end result? It’s just going to end up on the internet.”

“You can create a new blueprint for whatever you’re doing, that’s probably why I’ll never do runway shows.”

Tyler also shared his frustrations with the “sell-out world”, calling out brands that “put 10 things out so they can just say it ‘sold out’, rather than they made 500 and it actually sold out. It’s a whole world.” He also referred to resell culture, saying it’s “kind of getting gross now”. “It’s like, dude – why are they on that website... those are used boxers,” he added.

Mid-way through the talk, Tyler had a fan come up on stage who presented him with some of her painting work, and admired her red leather jacket on which she had painted his album artworks.

The musician also shared how IGOR was “basically done in two months – I then spent a year and a half perfecting it”.

“At one point I wanted to make a dance album. I was reteaching myself how to write a song, I would write a song in 25 words or less, and that’s how ‘EARFQUAKE’ came about. Then I wanted to make a simple beat, no crazy drums or bridges everywhere, let me make something super simple. Then, something really fucking hard – that’s when ‘MAGIC WAND’ came. ‘BOYFRIEND’, I just wanted to make the rock shit that I grew up listening to, but with the pretty chords. And after three weeks I had five or six song ideas. That’s when I really knew what sound I was going on.”

Tyler then spoke about reading mixed reviews about his work, and the different perspective it offers. “Some don’t seem to be on the same page, but I appreciate it. It puts a context that some people  just have different ears! Some people didn’t grow up with the music I grew up with so they don’t understand why I made that stylistic choice… like, bro, that’s just Mary J Blidge in ‘93, it’s not that crazy. It’s always interesting to me to see how people react to something I hold so close to me, whether negatively or positively,” he said.

“I’m specific with the shit and the certain way I like stuff. I don’t get FOMO, I’m okay with saying no. You can’t buy me” – Tyler, the Creator

Speaking on his intense fandom, Tyler shared some nuanced thoughts on online fan cultures and music communities. “I was the 12 year old on nerd fan sites geeking out,” he said. “There’s tiers to it. Sometimes, you have people who’ve been there six years and they’re mean to the kids just getting into it…. don’t do that, put them on that shit! But then I can understand that, for people, it’s shit that they love.”

The rapper also spoke candidly on alcohol and drugs, saying he had only been truly high twice in his life. Once, when he was a teenager, when he smoked enough to think he was going to die. The second time was a pot brownie in the studio where he thought he’d be safe, but since that experience, hasn’t touched any. Reflecting, he added: “I’m the kind of guy who wears one outfit 100 times,” sharing that his “addictive personality” is why he chooses not to get drunk or high often. Tyler continued to say he didn’t need alcohol or drugs to tell people what they need to hear – “I don’t ever wanna rely on alcohol to be that guy, I’d rather just tell you sober, and look you in the eye, and not regret it.”

When asked by the audience about a potential Odd Future reunion in the future, Tyler was pretty certain it wouldn’t work in the present day. “You need to look at whether you’re doing it for nostalgia, or whether it would actuallly be good,” he said. “Like, I loved the music at the time,” he continued, but he “doesn’t know” if “the styles would mesh these days...”

Summing up his personal outlook, he said that “always being 100 per cent honest has led me to lead a very stress free life, and I have no regrets.”

“You make your fucking choices and you stick to ‘em,” he added. “I’m specific with the shit and the certain way I like stuff. I don’t get FOMO, I’m okay with saying no. You can’t buy me.”

Stay tuned for the full video of Tyler, the Creator’s talk. Follow along with the weekend’s events at Converse All Star Series, and keep up to date with upcoming London events for young people in sport, music, fashion, and art