Get to know the strictly DIY scene through five key artists 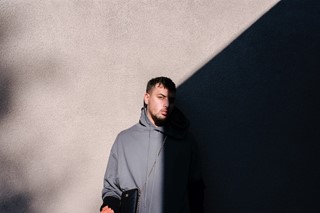 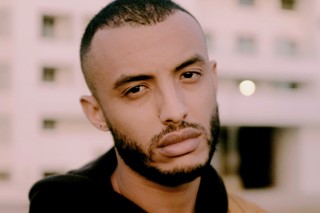 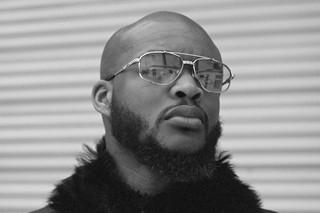 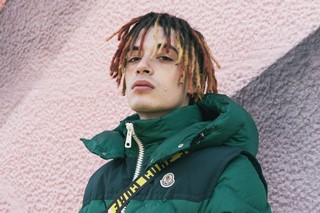 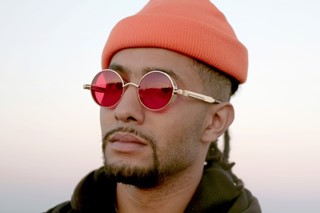 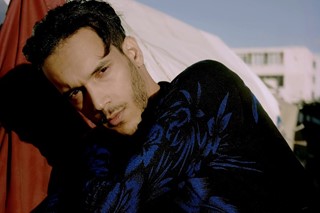 Set in the post-industrial cityscape of Meknes, northern Morocco, trap collective NAAR’s music video for “Kssiri” isn’t the usual postcard snapshot of the North African country, but it’s as real as it gets. “It used to be a very industrialised city before the competition of globalisation took over,” explains Paris-based Mohamed Sqalli, who produced the video with artistic director Ilyes Griyeb.

The two are at the helm of a new generation of Moroccan youth, reclaiming the Arab aesthetic from the endless stream of reductive references that dominate mainstream Western media – it’s not all mint tea, camels, and souks. “It’s always the same narrative,” says Sqalli. “It consists of a fashion company or a magazine who want to shoot in Morocco for a North African vibe, going to Marrakesh for like, two days. They come back with shots of palm trees and red soil – they always export the same postcard vision.” Taking into consideration that Morocco has a population of over 40 million people,“It’s not only people from New York or London or Paris who are complex, but us Moroccans too,” he adds. “Everyone in Morocco has their own reality.”

Sqalli and Griyeb launched NAAR back in 2017, a Paris-based Moroccan collective that aims to take back the Arab aesthetic. This came after a particular incident, where Skepta allegedly used two of Griyeb’s images to promote his Mains sportswear line without asking permission or crediting him. The collective hope to present Morocco authentically by showing parts of the country that isn’t covered by western media, the lesser-known cities like Meknes, Casablanca, and Fes, while also giving young Moroccan artists exposure by inviting rappers and producers from across the world to collaborate with homegrown talent. And today, they launch their debut album – a culmination of the country’s burgeoning trap aesthetics.

Despite there being no real infrastructure in place to host gigs, no concept of copyright, or streaming services (Spotify only became available there 10 months ago), Morocco’s trap scene is remarkably strong. Now that the internet is more accessible than ever, a growing number of artists have taken to Youtube and Soundcloud to show off their distinctly homegrown sound, characterised by its classic TR 808-generated beats, AutoTune vocals, and the sampling of traditional raiï music samples. And clearly it’s paying off: rapper Shobee’s  video for “Money Call” has over 6.5 million views, while his track “OMG” with artist Small X has around the same.

Both cultivating local talent and championing their own, Sqalli highlights the difficulties Moroccan artists like themselves face – North African nationals face visa restrictions and limited access to the outside world because of poor local economies. “There’s a lot of talented musicians, photographers, and directors, but they cannot export their art because of various limits,” he says. Then there’s the country’s cultural industry, which is virtually non-existent. It’s a detail that Sqalli traces back to the country’s Arab Spring in 2011, which saw thousands of Moroccan youth took to the streets to protest the end of government corruption. Until then, Morocco had enjoyed a burgeoning rap scene that came to a steady halt as the rise of Islamists in power tightened their grip on the region’s politics. “It’s like they became afraid of their own news. There was a lot of repression, so they stopped putting effort into culture,” he explains.

If you’ve delved even slightly into Moroccan trap, chances are you’ve listened to Shayfeen. Emerging onto the scene in 2013, the enigmatic duo – made up of rappers Shobee and Small X – are arguably the founding fathers of the region’s genre, known for bridging the gap between the first wave of hip-hop-orientated rap artists in the early-noughties and today’s trap generation.

Described by Sqalli as “probably the biggest rap group in Morocco now”, it’s not uncommon to see Shayfeen’s videos racking up millions of views – their track “OMG”, which sees the two slide effortlessly between Darija and French, is one of their biggest. Perhaps most importantly, however, the pair are recognised for defining the zeitgeist surrounding young people in Morocco, the feeling of self-sufficiency that rises above the politics of the region.

A self-confessed “child of the internet”, Issam is the effortlessly cool 26-year-old Casablanca native, traversing the vibes of Young Thug and Travis Scott. His music, a Soundcloud rap blend of TR 808-generated beats and themes of displacement and heartbreak with hard-hitting lyrics such as, “my heart is whiter than milk” and “Fuck I miss my mother/In your heart Dad I’m only a guest”.

As for his music videos (oh my god, his music videos), they’re a surreal mix of urban countryside scenes, artsy camera shots (think pastel colour grading and crisp textures) and high-fashion avant-garde-isms that evoke the surrealism of Sergei Parajanov’s The Colour of Pomegranates. Of course, add in some late-80s sportswear and the occasional Elizabethan ruff, and there you have it, a trap star.

His video for “Karma”, which has clocked over a million views, sees Madd in between the past and future generations. Rapping in front of a traditional Moroccan rug, and standing in between traditional farming objects, in a full reflective tracksuit and yellow-tinted visors, while in another scene, he’s playing chess opposite an older man, and (you guessed it), he lands checkmate.

A vaporwave, chill-hop artist in his own right (check out his track “She Gets Too High”), Malca is the 29-year-old singer and producer with a mellow, immediately catchy sound that lies in the poppier realms of trap. “He’s been working for several years to find the right way to mix pop and trap with arab music, which is super hard,” explains Sqalli.

For SAFAR, the Morocco native produced three tracks, including “Baida”, a bouncy reggaeton-inspired track, featuring Madd and Spanish rapper Kaydy Cain. As for his videos, a woozy mix of arabfuturism and pop culture, they’re worth taking the time to delve into.

The youngest member of NAAR, 19-year-old Louis Yrn began his music career skipping school to work on his beats in a nearby cafe, something that Sqalli tells us got him in trouble with his parents. “He’d only made one or two beats but I found them really interesting,” says Sqalli, who asked the south Moroccan artist to create four beats on the album. “I encouraged him to work on music because he really has talent.”

Growing up in Agadir, a remote city off the Atlantic coast, Yrn turned his attention to the internet to find his crowd. As a result, his music is an arrestingly trappish beats are a futuristic blend of sci-fi and anime. “He spends all his time on the computer and going further and further into what he likes,” Sqalli explains.