Following an eight-night residency in New York City, the Icelandic singer will perform her acclaimed live show in London, Glasgow, and Dublin 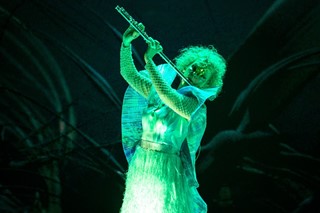 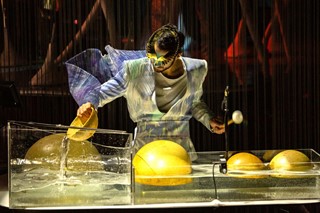 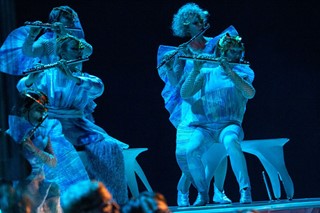 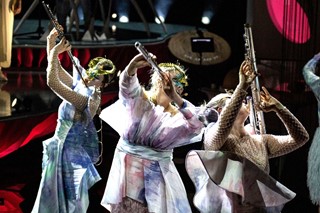 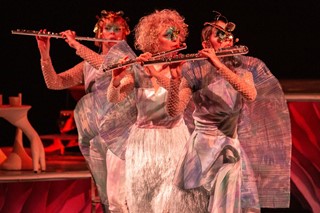 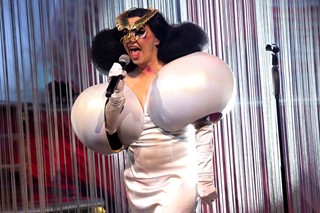 Björk is bringing Cornucopia, her theatrical multi-media live show, to the UK later this year.

The Icelandic artist will play in London’s O2 Arena on November 19 followed by a performance at Glasgow’s Hydro on November 25. She will also play in Dublin on November 28.

“Cornucopia has a proper stage and a catwalk, so it is aiming to entertain; to serve, perhaps, a disillusioned post-climate-changer,” Björk told Dazed recently. “It is trying to be a dream one can watch from afar, so I guess the relationship between the audience is different. I wanted the whole thing to be extremely digital and extremely acoustic, very DIY. Like, ‘Let’s start again in a new world but also we’ll have solar-powered high-tech gear with us. A sci-fi camping trip’.”

Pre-sale tickets for the UK shows go on sale at 10am this Thursday (August 8), with a general sale following the next day.

Watch Tobias Gremmler’s visuals for “Tabula Rasa”, projected during the Cornucopia show, below.

After seven years of hell, Stromae is back
MusicNewsBjork