According to award-winning graphic designer Rick Banks, the look of clubbing is just as important as the sound. From the construction site aesthetics of 1980s Haçienda nights to the futuristic trance posters of the 90s, each era of club culture was brought to life by its corresponding imagery, which constantly responded to changes in media communication, design technology, and taste. Club design was made by and for ravers, and Banks’s new book Clubbed: a visual history of UK club culture aims to document this visual side of party music. 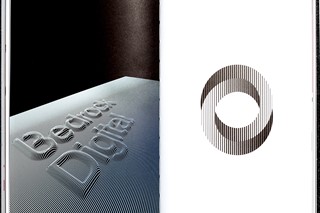 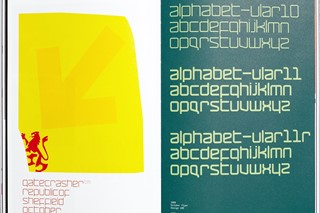 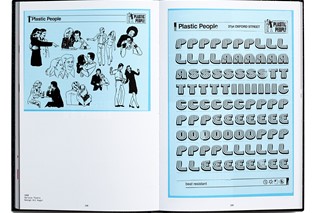 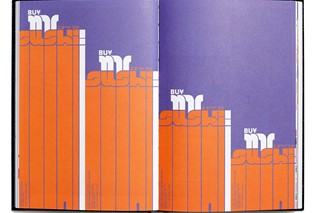 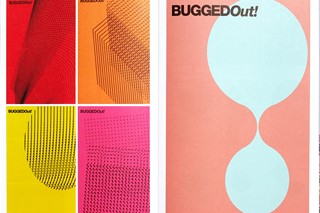 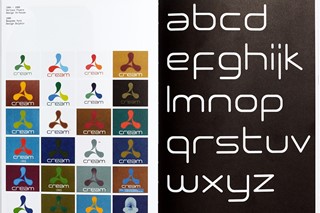 “All the designers were clubbers themselves,” explains DJ historian Bill Brewster, who co-wrote Clubbed with Banks. “That’s the most important thing. They were going out clubbing, some of them were DJs as well. That was the lifestyle.” Thanks to their involvement with the scene, these artists were able to understand the aesthetic reference points of their peers and bring them out in their designs. In the early days of acid house, the approach was very DIY, which gave the imagery they created a transgressive, punk edge. “This is what appealed to me about it,” Brewster says. “I was 28 when acid house happened, and I was a teenager when punk happened. I noticed how similar punk was to acid house in that DIY ethic. The music was really raw and basic, made on old machines. A few people involved in the early years of acid house were previously involved in punk.”

Sometimes these designs needed decoding. Flyers weren’t necessarily being made to advertise to the general public, but to those already ‘in the know’. As such, they often traded functionality for something more expressive or escapist, like the op-art psychedelia of acid house flyers. They could also spark a visual identity that clubbers could affiliate themselves with, most crucially for queer ravers who needed their own spaces away from heteronormative society. LGBT clubs like the Clerkenwell-based Trade provided this in the 1990s, where US and Italo house merged with bold influences from Andy Warhol and 1980s New York clubbing in their poster designs.

Such an approach wouldn’t have existed without the work of Peter Saville, the legendary Manchester designer who took his knowledge of the art and graphic design canon to the Haçienda nightclub and Factory Records (he most famously designed the sleeves for Joy Division’s Unknown Pleasures and, notoriously, New Order’s 1987 single “Blue Monday”, where he made the ‘anti-commercial’ decision to exclude the name and single title from the front of its cover). “Peter Saville had a huge role in sculpting the visual culture in the 80s,” Banks recalls. “Under Peter’s creative direction, the Haçienda – in a somewhat subversive ‘questioning the system’ and ironic way – began acting like a quasi-powerful company with modern logos, bespoke fonts, and playful copy. The Haçienda’s designs were both trend-setting and avant-garde, with a desire for what Peter Saville has described as ‘educating the audience’. It was a branding blueprint for the future.”

“All the designers were clubbers themselves.. They were going out clubbing, some of them were DJs as well. That was the lifestyle”

The designs in Clubbed are organised chronologically, covering the full scope of UK club history. It begins in the 1980s with the acid and Chicago house explosion, running into the 1990s era of superclubs, progressive house, and trance, before exploring the new millennium with FWD>>’s championing of dubstep and more recent clubs like humongous south London space The Printworks. Compiling the book meant pulling in some favours – few of the original design files from the early days of club culture still exist, and while compiling the book, so Banks had to get the blessing of many of the artists to recreate them. Joy Division and New Order bassist Peter Hook gave him the blessing to use the Haçienda brand in the book, while Matt Robertson (author of the book Factory Records) granted him access to Peter Saville’s 1982-83 archive. Working with Manchester’s Trevor Johnson, Banks realised he’d have to redraw work from the designer's 1987-91 archive completely from scratch, including the typography. “In one case, a whole font had to be digitised for just one flyer,” Banks says. For the Haçienda Flesh flyers, Abigail Ward at the MDMA archive sent over their hi-res copies to him. He also visited Factory Records designer Mark Farrow’s studio in London, where he was able to explore his immense archive. “His Cream, Haçienda, and Home (posters) had to be scanned in from negatives on a drum scanner – I quickly found out there aren’t that many places which do this anymore.”

When desktop publishing was introduced to the home market in the mid-80s, graphic artists embraced techniques that were either not previously available or were prohibitively expensive. “The birth of acid house was also the birth of desktop publishing,” says Brewster. Designers experimented with the new fonts, layout, style sheets, and printing opportunities that computer programmes opened up, and the relative newness of the technology meant that aesthetic formulas had yet to be fully defined. Still, there were influences from graphic design techniques that were popular before clubbing. “Most of it, apart from the Haçienda side, was done graphically on computers, rather than the old fashioned way using taste-boards and stuff like that,” says Brewster. “Having said that, there are graphic ideas in Clubbed that were taken from other eras. The Letraset that Plastic People used for their early flyers – they were taken from Clipart Letraset, so there were ideas that were taken from the 1960s up until the 1980s as well.”

Today, Banks sees an uncertain future in club graphic design. “Not a lot of clubs or music labels are championing graphic design in the UK,” he says. “I presume this is down to budgets. In the 90s and early 00s, there was a lot of money in the music industry. Clubbing was huge. It was on primetime TV. Clubs and labels had massive budgets to employ the top designers in the country. And this showed in the work.” Banks says that only larger clubs like Fabric have the resources to put into innovative design, while “old-fashioned notions of core ‘office’ hours and agency structures” can hinder the growth of more diverse workforces who might bring something new to the plate. “It does worry me though that it seems to be an all-white boys club,” Banks says. “Only one female designer features in the book. As an industry, we need to look at this. Especially working mums – with all the modern technologies around nowadays, it’s so much easier to work from home.”

Still, there is strong imagery in the underground, whether that’s the distinctive work of prolific designer David Rudnick to the bold printmaking style of Patch D Keyes. But modern club music design is often about seizing your attention in a digital space rather than a physical one, and designers are adapting to this challenge. Bill Brewster worries about the current taste for “retromania” – a term coined by music critic Simon Reynolds to describe the influence of the recent past on pop culture that should be looking forward – in the design world. It’s not hard, for example, to find a contemporary house music label whose records look like they could have come out of 1980s Chicago. “There’s so much available now by searching in Google for inspiration and ideas,” he says. “That’s where we are with graphic design and with music. Everyone is still looking to the past at the moment. Once we’ve got used to the fact that the internet is a fact of life, maybe things will change. The internet in its current state has only really been existing for about 15 years – that is, in a properly developed way as a commercial and explorative entity. I hope we will get over that and start looking more forward to the future.”

Clubbed: a visual history of UK club culture is out now