Talking to the seven-member group, who rose from participants on survival show NO.MERCY to become rising stars in South Korea’s music scene

It should be a gorgeous mid-August day but the rain is apocalyptic, drenching the hundreds upon hundreds of people queueing outside one of the city’s most celebrated music halls. They’re here for the first ever European shows by Monsta X, the seven-member South Korean group whose mix of pop, hip hop, and heavy EDM combined with dark, tough, and sometimes cabalistic concepts has seen them gain a fiercely dedicated global following.

When the lights do go down, the screams are piercing and reverential. Monsta X’s show is broken into group and unit performances (where members do something special, from a spin on the decks to covering popular Western songs) and every gesture, word, and ad-lib will wind the audience higher until the room virtually pulses.

Backstage, however, things are much calmer. Vocalists Wonho, Kihyun, Hyungwon, Shownu, and Minhyuk, and rappers Jooheon and I.M, emit a serene, friendly professionalism. They’re wearing their stage costumes: Kihyun, the main vocalist, sports a sizable and sparkling Chanel logo brooch, while Monsta X’s leader, Shownu, has a thick band of sequins around a sleeve that throws light right into your eyes. Their entire effect is dazzling and distracting – all seven in tight trousers and jackets laden with diamante chains and epaulettes, beautiful faces smooth with makeup – and it will send their fandom, known as Monbebe, wild over the next two hours.

While fans will commit their favourite moments of the night to forums or YouTube, Kihyun can’t pick just one standout memory from the tour, which began in June. “Rather than just one particular moment, it’s just whole moments of time,” he explains. “Even when we perform in front of people who speak different languages, that all members enjoy the concert together gives me goosebumps.” Shownu, however, pinpoints his as “at the end of the songs like ‘넌 어때’ (‘I’ll Be There’), Monbebes prepare something special, like placards, so we’re always surprised.”

“We’re having fun every day,” says Minhyuk, as I.M adds, “We spend most of our free time sightseeing and eating. We’re always walking around, taking pictures.” Jooheon nods in agreement: “It gives us inspiration.”

Monsta X, who debuted in May 2015, were born from NO.MERCY, a survival show created by their label Starship Entertainment. In the show, existing male trainees vied against each other to debut in a new boy group. NO.MERCY initially shocked its audience when I.M, a total newcomer, was added to the mix late and ended up controversially being chosen for the group, knocking out fan favourite #GUN. It was a contentious start to idol life, but the competitive tension fast become an enviable camaraderie, complete with family-esque banter and bickering which, alongside Monsta X’s underrated, slow burn success, helped earn the unwavering loyalty of the Monbebes.

Like most artists, both Monsta X’s music and their members contain notable contradictions. Their singles frame them as one of K-Pop’s more intimidating groups – the cinematic strings on “Fighter”, the graceful choruses and tight raps on “All In” and “Beautiful”, and “Hero”s crunching EDM and its sibling, the passionate, infatuated “Stuck” – but, as Kihyun says, “even if we look a certain way on the outside, it’s just an image. For example, Jooheon might look chill and tough, but inside he’s quite sensitive.”

This contrast was recently presented to the casual listener with the fizzy “Newton”, their first aegyo-heavy (cute behaviour) official MV (music video), but a recent interview points to grittier songs as their personal favourites, creating a lot of guesswork as to their next concept. Wonho, who habitually scratches at his palms idly while other members speak, snaps to attention and smiles. “Actually we’re working towards the next album, but we haven’t fixed a particular concept just yet. So when we know we’ll call you directly... if you want.”

“Even if we look a certain way on the outside, it’s just an image” – Kihyun, Monsta X

Their sensitive side has never been concealed, but you need to delve into their albums for it, seen on likes of the mid-tempo soul of “Amen” and “Need U” or the extraordinary, piano-lead “Broken Heart”. Or invest in their reality shows Deokspatch X, Right Now!, and newer series X-Ray (“You saw that?” Kihyun asks in English, surprised – and you can just catch his slight lisp), where their off-stage personalities veer like go-karts through sassy, embarrassing, risible, protective and tender.

Of course, far more lies beyond those facets. “I’m actually writing songs most days, particularly at the hotel between concerts,” Wonho divulges. Notorious for removing his shirt on every stage, he’s the incorrigible flirt, the sweet, muscular show-off – but has, alongside Jooheon and I.M, become far more involved with the group’s output and devoted himself to honing his craft. One of his compositions, the bittersweet lyrics and upbeat trop-house of “From Zero” is a fixture on the setlist, a duet he performs with Hyungwon. Despite calls from fans to commit “From Zero” to tape, it’s still only for the stage, though Wonho isn’t entirely discounting the idea. “That’s something we need to discuss further as the song was originally developed without a plan for release,” he muses. “So we’ll think about it.” 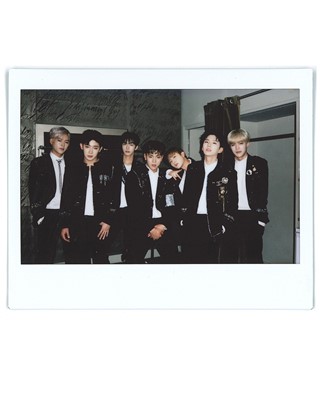 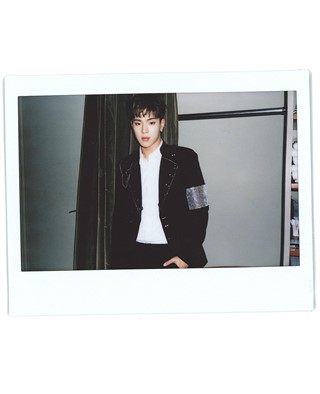 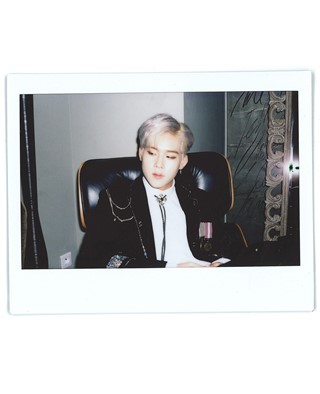 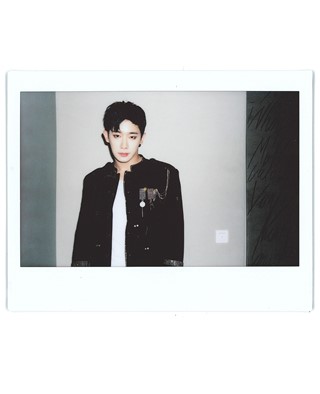 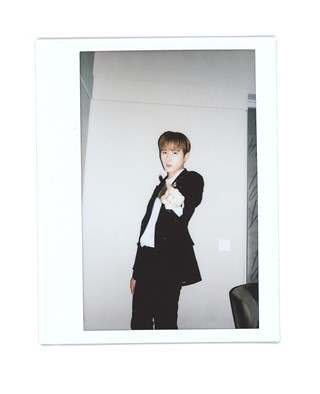 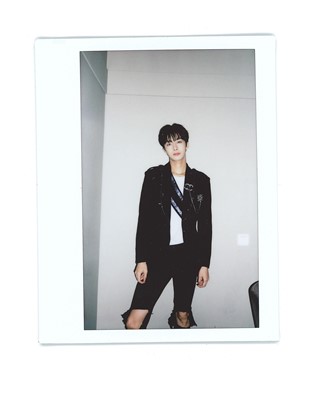 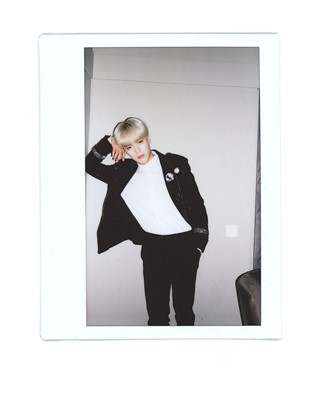 One of the most compelling inter-band unit performances on this tour is 2Chain (Kihyun and Jooheon), who, after releasing a striking cover of R&B singer Crush’s “You & I” earlier this year, cover Lil Wayne’s “Mirror”. Jooheon has written his own verses for it, brutally self-judgemental yet ultimately empowering words he uses in a volatile performance that emotionally knocks you from your seat. “It was Kihyun who suggested ‘Mirror’, and I liked the song as well,” he explains candidly, sat beside the singer who reassuringly taps on Jooheon’s knee throughout.

“People don’t always say complimentary stuff to themselves, and I thought about what I was missing, where I wasn’t good enough – like, trying to see the whole picture,” Jooheon adds in Korean. “I realised it was my fans who were most important in my life, so I tried to match myself with them, seeing the fans from my perspective and seeing myself from the fans’ perspective. I guess I tried to put a lot of things into those lyrics…” He trails into silence – although known as one of Monsta X’s big on-stage personalities, today he’s quiet and watchful, and Wonho breaks the sudden lull. “Wow, that’s going to be really hard to translate,” he blurts, making the others laugh.

“I don’t particularly think about if we’ve had to work at becoming friends, which I guess means it hasn’t been difficult” – Minhyuk, Monsta X

Besides Monsta X, the members have their own projects – mixtapes (Jooheon, I.M), photography (Kihyun) and illustration (Minhyuk). I.M’s introspective 2016 track “Who Am I” was the pertinent musings of a young idol, asking “am I born for me or born for success?” Despite a year speckled in career milestones, answers remain unfound. “I think I’m still looking,” he replies in English, which he undoubtedly picked up from a childhood spent in Israel and the US. He’s the maknae (youngest) at 21 years old but possesses a disconcerting directness and a wry intensity. “Asking myself questions like that makes me grow up and be stronger,” he says, leaning in, elbows resting on his knees.

The group’s meme king, Hyungwon, isn’t a big talker in interviews but a joy for fans with his droll humour and expressions, which consistently go viral. Under the moniker DJ H.One, he’s been DJing on the tour and appearing at dance festivals like Ultra Korea “to show new things about myself. I’ve been practising for about eight months in my own time.” His preference is for crowd-pleasing EDM; he throws a sliced and diced version of Monsta X’s single “Beautiful” into his sets, and as Hyungwon adds, “there’s a song called ‘Bam Bam Bam’, it has Jooheon rapping over it. I think the reaction (from the crowd) is so much better when we’re together.”

Unexpectedly, it’s Shownu who has impressed the public through the dance show Hit The Stage and beauty show Lipstick Prince, where male idols are taught the art of makeup. Formerly awkward enough around people to have earned the nickname ‘Robot Shownu’, he’s blossoming. “Lipstick Prince really helped me a lot to become confident around other singers and be able to get to know them, and Hit The Stage helped the way I perform,” he admits. “It’s definitely good for us to be working solo, but we never forget it’s Monsta X that makes solo activities possible. Also we have more fun together than alone.”

Together they’ve certainly achieved impressive goals – from winning last year’s Male Dance Performance at the Seoul Awards to topping the Billboard World Chart with their recent album, The Clan Pt. 2.5 Guilty. “We haven’t really thought about awards,” Minhyuk says of potential future wins. He’s interrupted. “A Grammy!” demands I.M, laughing, then apologising. “But rather than awards, we want to be a group the next generation can look to, like ‘I want to be like Monsta X’,” Minhyuk continues.

“We’re a family... We shine brighter when we’re together” – Shownu, Monsta X

Monsta X might well inspire others. After all, their dynamic – even in the unnatural confines of an interview – is one of warmth, acceptance, and familiarity. It’s in the little looks they shoot each other, the nudges of support, and Minhyuk, with his sunny smile and a speaking voice that cracks a little on the edges, embodies all that, creating an easy atmosphere that relaxes his bandmates.

“I don’t particularly think about if we’ve had to work at becoming friends, which I guess means it hasn’t been difficult,” Minhyuk muses. K-Pop fans often question if the appearance of closeness in idol groups is strictly for business or if they’ve truly bonded. “Well, y’know, I am a businessman,” he says slyly, making Wonho snort with laughter. “Just kidding! I think it’s been just a naturally flowing relationship.”

That there might be a member who remains hard to read sparks a debate. Kihyun tilts his head, squinting at the ceiling. “Even difficult members are so easy to read. I don’t know…” he says, half to himself.

“No, no!” says Minhyuk, with glint in his eye. “I have one. I.M. He’s our youngest so he seems to easy to read, but sometimes he’s really not. It’s like he has his own world.”

“I think he just has no thoughts during those times,” Shownu offers.

I.M’s world would be..? “Maybe Mars?” he replies, straight-faced. “But anyway, we don’t get angry, we’re always happy,” he quips, to explosions of disbelief around him.

There’s just enough time to look back at their career thus far and define, beyond the music, what’s set them apart to succeed. In a rather endearing way to end things, what Shownu says is mistranslated into “I think the difference is we have quite great bodies…” Kihyun laughs so hard he rolls into Jooheon’s lap as Minhyuk protests loudly – “Great bodies? Great shapes, great shapes!” he re-translates as Hyungwon and Shownu look startled, and I.M, Jooheon and Wonho wear the smiles of those who can no longer be embarrassed by much at all.

Shownu patiently starts again. “Firstly, all of us have great shapes, and we’re very dynamic…” He pauses. “I’ve never used the word ‘dynamic’ (‘역동적인’) before,” he says hesitantly, a leader who tends to let his group do most of the talking, “...and we’re powerful on stage. We’re a family. We’ve known each other for a long time and we shine brighter when we’re together.”