Two years after his controversial viral hit ‘It G Ma’ exploded, the South Korean star talks quitting social media and redefining expectations of what an Asian rapper should be 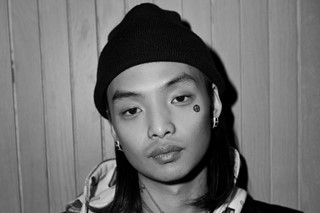 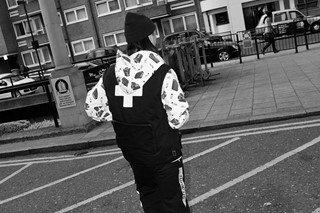 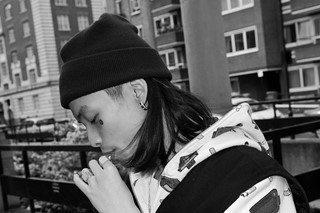 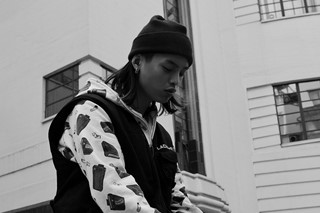 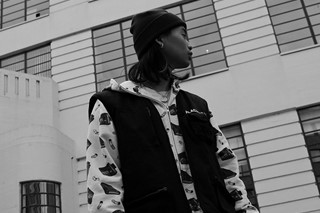 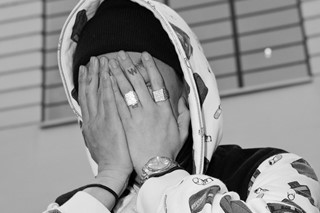 New Year’s Day, 2015. South Korea’s Hi-Lite Records uploaded “It G Ma”, a track by the still-underground rapper Keith Ape (formerly known as Kid Ash), to YouTube. The track – which also featured fellow Koreans JayAllDay and Okasian (who, with Ape, called themselves The Cohort), and Japan’s Kohh and Loota – owed plenty to Atlanta rapper OG Maco’s “U Guessed It”, but Ape’s explosive delivery of the irresistible hook and the skewed, unpolished music video felt fresh. Or rather, not just fresh, but exciting: over on Show Me the Money, South Korea’s career-making hip-hop survival show, the glossy, immaculately trained idol rapper Bobby (of the group iKON) had just won the third season, but here was Keith Ape and company getting wasted on cheap rice wine and throwing themselves around hotel rooms, baring their teeth at the camera. This was Korean hip hop, but not as anyone knew it.

A month later, Noisey was describing this collaboration – between artists from two countries with a volatile history – as “historic”. OG Maco had taken furiously to Twitter to call the artists out for cultural appropriation (the tweets have since been deleted), and “It G Ma” had officially gone viral, speeding into the millions of views. By the summer, Ape had transplanted himself to LA. He’d found himself the focus of opinion pieces, the New York Times had come knocking, people were calling him the ‘Korean Trap Lord’, and “It G Ma” had been rereleased as a remix featuring Dumbfoundead, Waka Flocka Flame, A$AP Ferg and Father. Amid all this, Complex published an interview containing a quote that sent Korean rappers into a fury: “Korean rap, it sucks. Bad.” The short quote was enough to warrant a diss track, “Come Back Home”, by TakeOne.

Ape never responded to it. He made peace with OG Maco. He continued working (his collaboration list currently includes Stateside rappers Azizi Gibson, Ski Mask the Slump God, K$upreme, and Slug Christ, alongside his crew members from The Cohort). He started to experiment with melody and jarring samples (the strangulated pan pipes on “Let Us Prey”) while keeping the beats stripped and his delivery laconic (“Diamonds” and “Fendi”).

Ape is yet to replicate the success of his breakout hit. The kids shrieking “It G Ma!!!” on their Vine accounts have moved on, and the hype and internet gawping have dissipated. For his haters, that’s enough to write him off, but his loyal audience remains sizable, global, and passionate – and, now that the smoke has cleared, Ape appears to be shifting gears. In January, he deleted everything from his Instagram. Already he’s released “Underwatertrunk$$$” with Okasian and South Florida-based Vietnamese rapper KiD Trunks, the South Park-sampling “Going Down Underwater” (his second collaboration with Ski Mask) and the nu-metal-esque “Swanton Bomb”; they bristle with a new energy and focus, bypass the molasses-slow delivery of trap to show a nimbleness to Ape’s flow, and, most of all, they’re good – really good.

It’s never been easy to ascertain Keith’s personal vibe. He doesn’t do many video interviews, and in music videos, he’s stony-faced and aloof. There’s an overall sense of impenetrability about him, but in the windowless beige surroundings of the bar in his London hotel, drinking cup after cup of tea for a sore throat, Ape is none of those things. By his own admission, he hates interviews, yet today he’s friendly and talkative, bundled up in a hoodie and beanie and softly spoken about his rise to fame, its lessons and pitfalls, that infamous quote, and the process of figuring out how the hell to be Keith Ape.

Your new songs have a strong sound – heavier, faster, more guitars. Are you in a new phase of creativity?

Keith Ape: I feel like creation itself is being new every time, whether it’s a completely new thing or a better version of something pre-existing, rather than me being in and out of phases of creativity. I’ve always been chasing after the ‘new’, and I will continue to do so while I work hard to perfect my craft.

Where do you get inspiration for these new tracks?

Keith Ape: I get inspired from my experiences. For instance, ‘Swanton Bomb’ was obviously inspired by Jeff Hardy from WWE, which I used to watch a lot as a kid.

You’ve worked with Ski Mask the Slump God previously on ‘Dr Eggman’. How did that come about?

Keith Ape: I like working with new artists. And ‘Dr Eggman’ was released when Ski Mask the Slump God wasn’t as known as he is now. Ronny J was the first artist that contacted me after ‘It G Ma’ blew up. Ronny has been working with numerous artists from Florida and Ski Mask the Slump God is also from there. So I told Ronny that I wanted to work with Ski Mask and Ronny made it happen.

Why do you prefer to collaborate than work alone?

Keith Ape: I mean, it’s kind of obvious. I’m Korean and English isn’t my first language. I thought I had a disadvantage in appealing to the American market speaking only Korean, so I think that’s why I tried to collaborate more.

After ‘It G Ma’, you were everywhere. Did you want to hide, or did you like the fame?

Keith Ape: Both. People started recognising me, but, to be honest, I’m not really into people coming up to me. I’m not really an extrovert. I don’t even really enjoy crowded places. (laughs) I don’t really like lots of interviews or having too many gigs. I prefer to have my music and information about me treated like a rarity, not so easy to find, so it makes people curious about me. I actually tried being active after ‘It G Ma’ – at that time people introduced me as a South Korean trap rapper and people expected my image to be like a trap rapper, so I tried to act like people expected me to act. However, that’s not easy to do, so I thought, ‘Let me just be myself and show the real me.’ That’s also why I removed everything (from Instagram).

You live in LA now. Does it feel like home?

Keith Ape: Hell, no. LA is terrible. (laughs) I mean, it’s a beautiful city, but everyone who comes to LA is here chasing opportunities and it can be very stressful to cope with such competitive surroundings. Korea still feels more like home to me. I can relax without any worries in Korea. I feel like LA is more for my career. It’s truly a blessing to be here, though, and I’ve found some really great people. This isn’t something that’s comes by easy.

What’s your big dream, then?

Keith Ape:  I just want to be the artist that people have never seen and will never see again from Asia.

Does it piss you off that people might love ‘It G Ma’ but haven’t explored your other work?

Keith Ape: A little bit, but it’s on me though because I didn’t release any albums during that time. I’m going to release a new album soon. Of course, it will be hard to make another song like ‘It G Ma’, but I hope the fans can recognise my other songs as well.

Do you feel satisfied with your career right now? Are you happy?

Keith Ape: Actually, my dream was to become this famous, like right now, but now it’s happened. So I want to go even higher. (laughs)

“I fuck with G-Dragon. G-Dragon is unique, he’s beyond K-pop” – Keith Ape

You were hanging out with G-Dragon in Paris during Fashion Week earlier this year, but would you collaborate with him? Or are K-pop artists a no-no?

Keith Ape: I’m not a fan of K-pop, but I fuck with G-Dragon. G-Dragon is unique, he’s beyond K-pop.

You said in a 2015 interview with Complex that ‘Korean rap sucked’, and that resulted in TakeOne doing a diss track, then Dok2 had a go at the song. Do you now regret saying that?

Keith Ape: I didn’t mean that all Korean rap sucked, and I wasn’t criticising Korean rap in general. I mean, why would I hate Korean rap? I grew up listening to Korean rap! People didn’t even try to understand what I meant to say, but just threw shade. After ‘It G Ma’, there were many interviews. For that one that everyone trips out about, there wasn’t a translator and the interviewer and I didn’t understand each other very well.

I also didn’t want to react to TakeOne because I thought he only made the diss-track to gain attention. He acted like he did it for Korean hip hop, as if he was some kind of a freedom fighter, but he did it for the clout. People would’ve given him what he wanted if I responded to him. And I like Dok2, honestly. I thought there will be and should be more rappers like Dok2. And Dok2 made up for it. So I’m cool.

Are you a Korean rapper in the USA or are you just a rapper, an artist that feels their roots is unimportant?

Keith Ape: Both. Because I’m not just looking at Korea or America. I want my music to be heard worldwide. But I can’t hide the fact that I’m Korean either.

In an earlier interview, you spoke about a psychic energy and the power of the universe. Are you spiritual? Does this influence you as an artist?

Keith Ape: I’m not really religious. Ever since I was young, I always thought there was something – some power that everyone has around them. I wanted to figure out what this was, whether it be an energy or God, but I realised it was a power of believing. For example, countless great things have happened to me, but I don’t think they just happened. I think they happened for a reason. However, the more I learned about the power, the more it confused me. It also made me think that it might be a forbidden area that I shouldn’t know about. So I’ve decided to stop searching for the answer for now. I simply want to appreciate that fact that something is there to help me, and I want to do good for others in return. No bullshit – just maintain who I am, remain humble, and focus on my music.