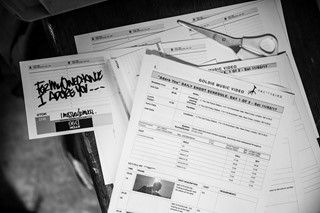 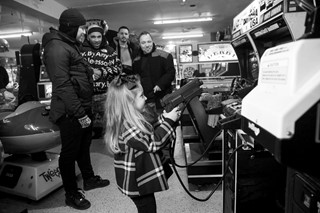 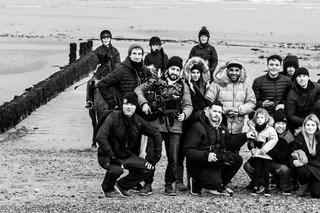 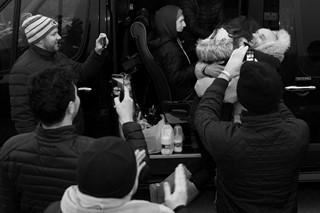 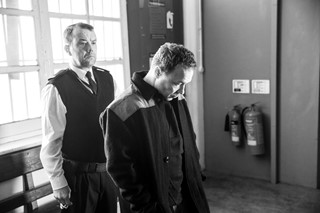 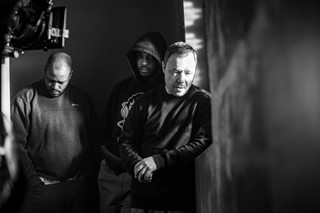 Goldie, by all accounts, is an artist who we should know almost everything about. Timeless, the album that propelled him from underground esteem to mainstream acclaim, has kept him exactly that for over 22 years since its release in 1995. Released after the original acid house comedown had subsided and been replaced by the marketable milieu of the superclub, Timeless – and Goldie with it – became its antithesis. With his pioneering breakbeat and jungle soundtracking our inner cities, Goldie helped form a new face for bored youth away from the romanticism of rave and Britpop hysteria; a grittier expression of Britain’s formerly ignored underbelly.

Since 1994 and his formation of the genre-defining Metalheadz record label, Goldie has lived dual lives. For a time, he was almost a caricature of the surreality of celebrity fame and 90s excess, juggling magazine covers and Hollywood acting roles. Yet his reputation rested on his formative years in the basement clubs of his native Birmingham. His roots, founded in Walsall estates and the UK care system, are now recognised by historical figures of ‘Britishness’ in MBE awards and accolades as a modern day Elizabethan. On The Journey Man, his first solo album since 1999, over 30 years spent in the camera’s eye culminates in what Goldie sees as his life’s work – a work that he emphasises as a longplay listening experience, and one that takes influence from the many different facets of a life spent flouting expectations.

Directed by south London’s Lyle Lindgren, the video for “I Adore You”, the first single to be taken from Goldie’s new album, is a personal insight into an otherwise faceless existence within the UK prison system. First released earlier this month in an abridged form, the full video – premiering below – clocks in at nine minutes. Featuring This Is England and Boardwalk Empire star Stephen Graham, the video explores the personal relationships that become disconnected behind locked doors. “This shoot was something truly special,” says Graham. “It’s been an absolute pleasure working with Lyle, who I think is an amazingly promising young director. He’s crafted a beautifully raw short film that delves into a rarely-seen aspect of the prison system. Even though it deals with dark themes and violence… there’s a tenderness to the story, which was important to portray properly. I’ve known me old mucker Goldie since day, so it was fantastic to be able to collaborate on this – there's a personal connection to the themes of the film for all involved. And the album is a fantastic body of work.”

Over the course of an hour’s conversation, Goldie spoke to us about the consuming nature of fame, David Bowie’s everlasting influence, and the cathartic experience of creating The Journey Man.

The overwhelming feeling I got from the album is that it’s a work of reminiscence, in a way – a look back at Goldie then and Goldie now, even going down to the artwork. Since the release of Saturnz Return 19 years ago, has this album just been bottled up inside of you?

Goldie: I think you have to let go of a lot of stuff. Retrospectively, Timeless looked at only ten years of my life – it was a coming-of-age album. I always felt that that I never surpassed that album, and in a really bitter way I wish I had. If you get labelled with one great album, that’s the story of your life, so this album spans three decades in terms of what I’ve been about. I can safely say that as an artist, at this point, I’ve mastered my craft. I can look back at something and think, ‘I can’t believe I did all that stuff.’ Some of it’s a blur, some of it’s a haze, and I think that it’s a good job it wasn’t in the 70s otherwise I’d probably be dead already. Thank God for good synthetics…

Did this album allow you to draw a line under parts of your life, then?

Goldie: Oh God, yeah. I look back at my time making Timeless, being an ignorant fuck with five cars on the driveway, and I think ‘Okay, a good album came out of that, but I didn’t teach myself anything.’ In the 90s, Goldie became this mad character, and I sometimes went a little too far. I’d gone to rehab, I was getting beaten up for my sins three days a week, and it didn’t fucking work. It wasn’t until I did the Hoffman Process (a psychological rehabilitation programme) that the whole process of reinventing myself began. So for me, the process of making this album was like sitting on a couch with a shrink. My music is a healer for me – it really is – so I want people to listen to it when they’re alone and affect them, because that’s what albums are supposed to do. I want people to look back on this album and think, ‘That album really took me somewhere, it really carried me.’

“In the 90s, Goldie became this mad character, and I sometimes went a little too far. I’d gone to rehab, I was getting beaten up for my sins three days a week, and it didn’t fucking work” – Goldie

Living in Thailand today, you obviously have a drastically different life now to when you first broke out. How did you explore those two worlds on this album?

Goldie: I think the main point for me on this album is to be a raconteur of storytelling. I’m kind of between all of those worlds, from the melancholy old jazz world to new age jazz, to techno to drum’n’bass, so after spanning three decades I cannot help but be influenced by all of it. I really want people to feel this album in the heart. Feel it, really feel it emotionally. For some, for whatever reason, certain tracks will move them and the album will shift. On ‘Think Of You’ for example, I wanted the track to sound like it had been sampled, to make it sound like something that was a bit retro. We wanted people to ask, ‘What is that tune?’ like in the early days. We’d all be asking questions amongst ourselves, the rumours would occur, you’d go back to the club the next week and then you’d find out a couple of weeks later. I wanted to try and create some of that magic that’s been lost recently.

Why do you think that magic’s been lost?

I listened to ‘Redemption’, and that track takes you through so many different levels and layers. Personally, it portrayed a different side to you that I hadn’t really witnessed before in your many public guises – having been in the public eye for so long in many different ways, on this it feels like a completely different facet to your personality.

Goldie: Well, the general stance is that I’m a jack-of-all-trades, master-of-none, to be honest. As a reality TV star I was trying to get a cat amongst the pigeons, and if I just did graffiti, or music, or acting, I don’t know how far I would have gone with each individual one as I don’t necessarily want to be famous in that sense. I’d rather be doing that than compromising the music and the art in a foolish way, and that’s the way it’s always been for me. I want to be able to go out and catch the tube, do normal stuff. I could have gone to America and been a producer, but I’d probably have ended up dead in a hotel room somewhere. I could haved worked with Madonna, but I was halfway through making ‘Mother’. People really find that very difficult to understand, but I don’t at all. I had to make ‘Mother’.

Well, I think it’s a natural thing for the public to judge you in a way for turning down something like that without acknowledging the full story. The pressures that come with mainstream recognition urges that, as disappointing as it is to think about.

Goldie: It was a very important thing because it served its purpose four years ago when my mother passed. She asked me to to play it to her in a situation, and I played it in the chapel looking into her casket. It did what it needed to do, and when that day came, it came and went. That was a massive part of my life and I think for someone who’s dealt with a lot of trauma, all those elastic bands snapped and went back to my mother when she passed. I felt freed almost, to a certain extent. So this album is about moving on, putting all that behind me and moving forward with an album that’s about celebrating life as opposed to playing a rather large violin. David (Bowie) always said to me, ‘You’ve always got the opportunity to reinvent yourself no matter what it takes,’ and that stuck with me. I felt very honoured that I actually wrote a track for him and that was at the very pinnacle of my drug abuse. I wrote it on a four-day drug binge, passed out, and woke up thinking it was a ‘Dear John’ letter that some girl had left… I became a parody of myself in that sense, but you reinvent.

“David (Bowie) always said to me, ‘You’ve always got the opportunity to reinvent yourself no matter what it takes,’ and that stuck with me” – Goldie

So is that what fundamentally urged you to make this album? This notion of reinvention, or perhaps closure? Weren’t you listening to jazz before electronic music anyway?

Goldie: Yeah, that’s right. It was a very smooth process though, because everything I’ve been taught before has been aiming towards this project. It was never like I was sat in a studio and accidentally made the record. In a weird sense, I think that electronic musicians have one job to do, and that’s pushing buttons really, so at least put some fucking soul into it. Working with musicians – not electronic music, real musicians in that they’ve spent 30 years learning how to play drums, or 25 years learning how to play guitar – it’s like photographing flames, they’re never the same. So I think that we should be drawing our influence not from the new synths that are coming out. The music generally needs to go back to go forward. Put it this way – if the electronic music world acted like the jazz world and vice verse, you’d have two million Kenny G’s and one really angry Miles Davis.

The whole thing seems like a pretty cathartic experience for you.

Goldie: Well, I had fame in the 80s, but when you get to the level I did in the 90s, it just becomes poisonous. You just get consumed by it. I feel better being here, reinventing (myself) and wanting to make the best music I’ve ever made. I feel that if I leave the planet tomorrow, then I’m taking The Journey Man with me. The rest can stay, that’s fine with me. Timeless is a beautiful album, don’t get me wrong, but I’ve raised deities with this album. You might not want to listen to the album, you might want to turn a blind eye to it, but you can’t deny it’s a real and beautiful experience of a human being.