Born and raised in Peckham, the 23-year-old singer writes heartfelt and intimate songs of romance and soul – watch her new video for ‘To Build A House’ 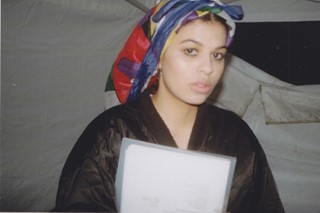 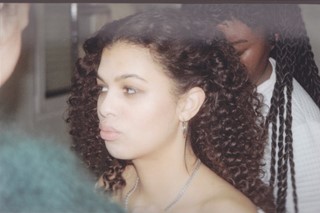 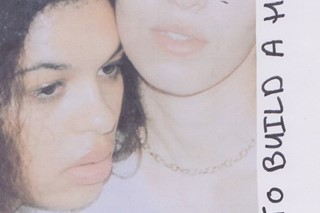 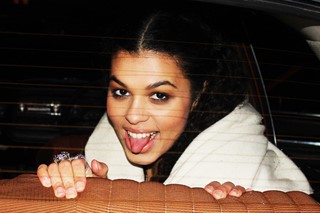 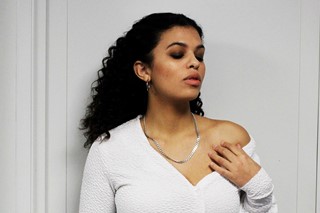 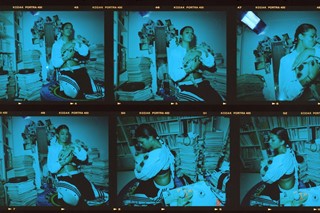 Though she’s only 23, Cosima’s music has an air of mature life experience – experiences that she wants you to be a part of, to feel what she feels. Born in Peckham (and having always remained there), Cosima delved into the art of songwriting from an early age. At 19 she spent a year in Germany taking classical vocal lessons, developing a sound that led to her debut mixtape South of Heaven, released in December last year. The mixtape perfectly encapsulated her romantic, soulful sound and intimate songwriting, with songs like “Had to Feel Something” and “WYD” telling stories of pain and heartbreak. Having directed all of her own music videos so far, these personal experiences are brought into her visual aesthetic too.

“It makes it more personal because I’m involved in every single part,” she says when we meet at the dimly lit dim sum restaurant in east London, having taken some downtime from editing her latest music video to get her hair done. “It’s all my interpretation.”

Cosima cites musicians from Nina Simone to filmmakers like Wong Kar-Wai as influences on both her music and her visuals, though she never imitates her heroes. “I never want to copy any influences,” she says. “I take it in and sort of see how it comes out. It’s the same thing with singers, you never want to be so inspired by someone that you try to sound like them.” In the video for her captivating new single “To Build A House”, Cosima creates a less literal translation of the sentimental track. She spoke to us about how her sound developed, the values she holds, and how she made “To Build A House” and its accompanying video.

Tell us about ‘To Build A House’.

Cosima: The song started as a poem I’d written two years ago. It’s personal to me, as well as to my siblings – it’s a joint story about our dad. I was in a writing session and had this poem that I couldn’t seem to finish – I was sat with the people I was writing with and we kind of just took it and turned it into a song. I’m really happy with it. Every time I sing it it’s kind of like catharsis – I haven’t performed it without crying yet, maybe I will one day!

As for the video, I wanted it to get across the emotion of the song and the feeling of abandonment. The video is me hanging out of a car for three and a half minutes – it’s that feeling of being out of control and acting out, as though you want someone to tell you to get back into the car and look after yourself or that they’ll look after you. I didn’t want to be too literal with the video, I wanted to focus on the feeling around it.

“I haven’t performed (‘To Build A House’) without crying yet, maybe I will one day” – Cosima

What sort of things inform your songwriting process?

Cosima: It’s always about processing stuff, working through certain feelings or understanding things that have happened. If it’s not a direct experience, then I feel I don’t need to write the song. Songwriting for me is a release – I do it to understand things that have happened to me or emotions I feel. I have many notebooks which I write things down in as (they’re) happening, then I’ll sit down, go through it, and start to section everything off and really get into it. I like to have that instant feeling, where you just get the words down as you’re thinking and feeling them. Once you do that, you don’t have to overthink it at all – that’s what happened with ‘Supernova’. Most of those lyrics were written in half an hour.

Your videos always tell a really strong narrative. Do you feel that your music is like a chronological telling of your past, or is it more hand-picking events that mean a lot to you?

Cosima: In terms of how I’ve been putting it out, it is very chronological – it’s all the things and moments that have meant the most to me or affected me the most. With the videos it’s kind of the same thing because I direct and write the treatment myself. It makes it more personal because I’m involved in every single part – it’s all my interpretation. At some point I’ll do a video where I actually want somebody else’s interpretation, but for now I’m in a really unique and powerful position where I get to decide what everything looks like, what I look like, how I want to be seen, and how I want to tell my story. Especially as a girl, you don’t always get to do that, and if you do get to do it you just stay the extra hours and you fucking do it because it’s very rare.

What are some of your biggest influences and where did they stem from?

Cosima: Musically, I’ve always been inspired by singers who have voices that are unique to them, and (by) people who are able to tell stories. I was never that impressed with ‘vocal Olympians’, it’s more (like), in those three-and-a-half-minutes, did you make me feel something, and did I understand what you’re trying to say? It’s not something you can learn. Billie Holiday, Nancy Wilson, Emily Harris – it doesn’t matter what genre it is. Usually if they make me cry I’m like ‘yes!’ In terms of visuals, I’ve always been obsessed with film – I discovered Japanese cinema from the 40s and got really obsessed with that.

Does fashion and music coincide quite naturally for you?

Cosima: I’ve always loved both – music is definitely my most immediate way of expressing things and the thing that I’ve put most effort into out of everything in my life. Definitely not boys! (laughs) I think (fashion is) so transformative and empowering, especially now that I’m actually performing. There’s a difference between the you that sits at home, writes songs, and is maybe quite shy and the you who can go on stage and be like, ‘Fuck it, I want to say something with this look and I want to feel a certain way.’ Clothing is definitely a big part of that. There is something about the artist and how they look – it’s an expression! I wear and do what makes me feel good.

Your ‘Girls Who Get Ready’ video has a great sense of female solidarity. Is that something important for you to communicate – girls sticking together?

Cosima: For me it’s so important. My mum never said to me, ‘I’m raising you as a feminist,’ but she raised me in that way and she raised me to be able to look after myself and to believe that I was just as good as any other person, male or female. A lot of the songs are about male and female relationships, a lot of the songs are about trying to work out why I had such a bad relationship with myself and working out my self-worth. It’s always been important for me that women are taught from a young age that one, you are enough, and two, you’re allowed to say ‘no’. Those are my most important values. Every woman has her own unique way of how she came to be, it’s really important that women are able to share that and draw on those moments.

“I just want to carry on, because life is short and Trump is president” – Cosima

What are your plans for the future?

Cosima: My personal goal for the future is to be able to talk to boys normally. (laughs) Apart from that, to carry on making music and putting out music I love. Outside of music, I just want to learn as much as I possibly can about directing – I’m realising how much I love doing it, especially with my team because they are so great. I just want to carry on, because life is short and Trump is president.