He weathered family turbulence, endured homelessness and worked on a marijuana farm to get there, but the multi-talented hip hop and R&B artist tells us how he pushed to the top 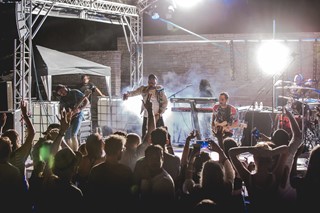 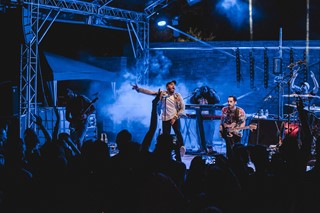 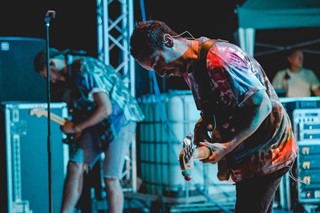 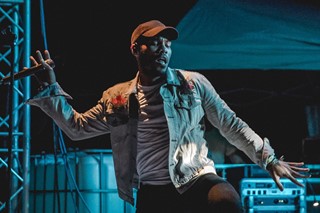 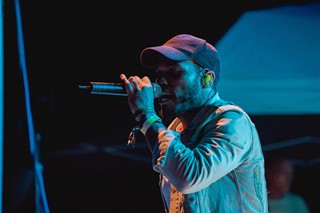 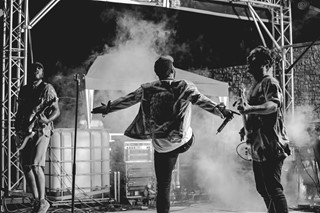 Anderson .Paak has taken every road, river and dirt track in pursuit of his very American dream. During his early 20s he worked on a marijuana farm to support his pregnant wife, endured a period of homelessness, and quietly worked as a session drummer in Los Angeles to get where he is. Born Brandon Paak Anderson, it was the Afro-Korean artist’s debut album Venice and his collaboration with producer Knxwledge, Nxworries, that saw him catch the ear of Dr Dre, and propel him to the .Paak we’re familiar with – inverting his name and dropping in the distinctive ‘.’ at the start (it stands for ‘detail’).

Jumping from Venice to Dre’s Compton soundtrack and 2015’s Malibu, his musical opus spans beyond the constraints of genres, as his vast geographical choices suggests. .Paak moves effortlessly across smooth beats that recall J Dilla to incorporate the warmth of gospel, the swagger of hip hop and the sensual honey that R&B glistens with to take us to the church, the burning streets and the bedroom. But when I see him, he’s planted in Croatia at Obonjan to close his world tour.

“I never even knew this was an actual thing,” he tells me. “Like the whole festival, vacation world is so intriguing – people can work hard all year saving money or getting it from their rich parents and just have the time of their lives.” So far this year, he’s been bringing the vibe to America and most of Europe and their “healthy and beautiful people” with his band The Free Nationals. Obonjan, on the island of the same name, sees them play their headline show in an ancient-looking amphitheatre to sun-drunk festivalgoers that scream “Yes lawd!” during the brief lulls, to .Paak’s visible amusement. He banters about finding his bass player a girl to celebrate their last night touring with, stepping back so Kelsey Gonzalez can take a spot on the speaker for a killer bass solo. The crowd jumps when he asks during “Drugs”, playfully recreates the slow-mo moves of his psychedelic Kaytranada collab “Glowed Up” and rolls like one collective wave on the dreamy shores to “Heart Don’t Stand a Chance” (“Your knees can't hold your legs/Your feet just want a pace” lyrics hit the spot here).

“Sometimes we play after parties in slick night clubs. People getting bottle service, pretty girls who love cocaine who rarely look up from texting on their phones, dudes with big egos getting their heads knocked off their shoulders for picking the wrong fights,” he observes. “My fans stand out in those crowds, and sometimes I can see that our vibe reaches some and completely misses the mark for others.”

He’s spent four years touring on and off, and now, a few miles off the coast of Šibenik, it doesn’t feel that far away from his days in the South Bay, honing his musical skills in any way possible. “Even when I would play drums in the church, and travel an hour and a half to some random church in Inglewood for a pastor’s anniversary, I felt like I was on tour then. I felt like a rock star,” .Paak asserts.

“Even when I would play drums in the church, and travel an hour and a half to some random church in Inglewood for a pastor’s anniversary, I felt like I was on tour then. I felt like a rock star”

Growing up, it was the rafters of the church hall that held up the dream, where older musicians guided his first foray into music and where drumming took precedence over rap. As a child, his domestic life was more difficult, having watched his father, who was in the air force before being discharged for drug and alcohol abuse, assault his mother and consequently face imprisonment. His teenage years saw brief calm before continuing in their turbulence, with his mother developing a gambling habit, earning her and her husband a jail sentence, as well as a later revelation his stepdad was having an affair. .Paak is unafraid of facing his past, peppering Malibu with agonising times set to a bittersweetly soulful groove.

“My mama caught the gambling bug... My papa was behind them bars/ We never had to want for nuthin’/ Said all we ever need is love,” he relates in “The Bird”, and his resilience shines through on closing track “The Dreamer”: “Who cares ya daddy couldn’t be here/ Mama always kept the cable on/ I’m a product of the tube and the free lunch/ Living room, watching old reruns”.

He explains: “When I get home I can actually see that I’ve missed out on some things. He didn't know how to get across the monkey bars when I use’ to take him to the park in January. He could hardly hold his body weight before his hands gave out. I dropped him off at school this morning after being away for damn near three months and this fool flew across the monkey bars like curious George.”

“I was proud and sad at the same time. I have a big family made up of mostly girls. Everytime I get back home we go and have a big dinner and party. I really love spending money I've made on my family and friends.”

As well as doling out a multitude of solo releases, .Paak has teamed up with artists across the spectrum of pop and hip-hop: Mac Miller, K-Pop star DEAN, A$AP Ferg and more in recent times. In the studio, it’s Dre and Knxwledge that keep him progressing. It was .Paak and hip-hop instrumental producer and musician Knxwledge’s partnership as NxWorries, holding the torch for legendary LA hip-hop label Stones Throw as successful predecessors to Dilla and Madlib, that raised him to viral levels. “Suede” then facilitated Dre’s decision to include .Paak on six Compton soundtrack tunes: a head-turning move to use such youngblood, and given the Aftermath boss’ penchant for detail. Now the newest album, the rich, beat-driven Yes Lawd! Is donutting him further into the limelight. He describes Dre and “Knx” as “super choosy”, and their imposing influence on his later work.

“I think it's corny to sit here and be like, ‘I see myself in this place right before Prince and a little after D’Angelo but in the middle of a bad Asian bitch’”

“They hate everything and are very particular,” .Paak says. “Dre is a perfectionist and Knx is more of a naturalist. One sees the beauty in not really spending so much time on one thing, and the other likes to dig until he gets the last morsel of greatness out of something. Both are picky and very careful with what they put their name behind. I share a little bit of both.”

“I've never been super picky about what I put my name behind, what I put out, who I work with. I like to collaborate and find stuff, have conversations. I learned along the way to be more selective with who I work with, not to wear everything on my sleeve or show my cards too soon – and also to push for greatness,” he explains. “A lot of new artists now are afraid to actually care or push for greatness. It's like ‘cool’ to not care or try too hard. I don't know how to do that. I sweat, I scream, I jump, scratch and claw all the way to the top.”

A brief online altercation between fellow XXL Freshman Lil Yachty and .Paak saw the pair disagree about the legacy of rap. .Paak mused: “Real artists are students of the game first” on Twitter. But where does he see himself fitting into the rap canon? “That's tough. I think that's for the people to decide,” he says. “They are supposed to tell if I'm really gonna be a legend. I think it's corny to sit here and be like, ‘I see myself in this place right before Prince and a little after D’Angelo but in the middle of a bad Asian bitch’ – I'm still telling my story. I'm still working it out and finding it. I'm having fun and most importantly, I'm a musician!”

“If anything I'm trying to do something that hasn't been done,” he continues. “It's rare in hip-hop that the musician is showcased.” .Paak is testament to this. Watching his NPR Tiny Desk performance, his skill on the drums is jaw-dropping, not missing a note as he croons to “Put Me Thru” – a song about his bandmate’s ex. YouTube comments here, as on many of his videos, wax lyrical about his skills. In his live performance, he closes out with spectacular one man drum symphony “Luh You”. “Someone coming out of the hip hop culture that can actually play an instrument is rare, so I'm shooting out of that lonely cannon,” he says.

Launching himself into the suborbital sees him planning several, pretty varied post-tour activities, including a new musical venture with Dre. “Currently I'm working on keeping my family together, investing some more time in my real relationships, while working on this new album with Dre,” .Paak says. “I want some new tattoos and I’m buying too many clothes – also, doing more vids for Malibu!” All very different avenues, but all to his own vigorous, determined drum beat.