They’re up there with Directioners and Beliebers as some of music’s most devoted fans. We spoke to Beyoncé’s followers to unpack just what the singer means to them 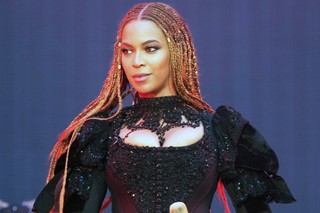 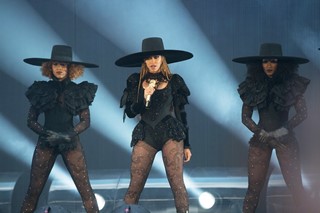 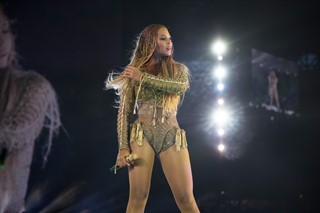 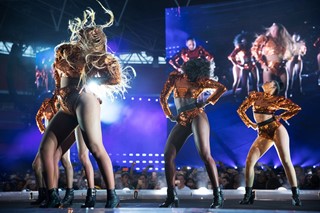 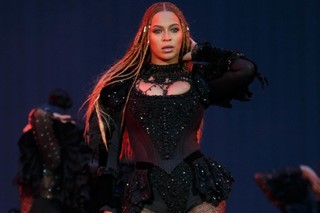 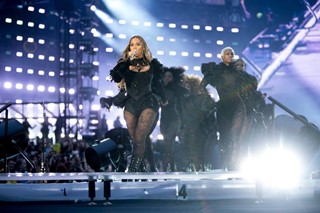 There are few things more beautiful in this world than tens of thousands of people declaring that they ‘slay’ in unison as they literally get in “Formation”. Over the weekend, the Beyhive were treated to two spectacular shows at Wembley stadium as Beyoncé took us to church.

Her performance oscillated between a super-slow rendition of “Runnin’” to a powerful (and wet) “Freedom” dance number, with a lap dance segment in between. Factor in that the “Lemonade” singer’s stage became a conveyor belt at one point, she did more cardio during her two-hour show than you will do in a week, possibly even the next month. And of course still had enough breath to hit the high notes in “Halo”.

The Beyhive are up there with the Beliebers and the Directioners as one of the most loyal fanbases in the world. Let us not forget the witch hunt they led to find out who ‘Becky with the good hair’ was, an anger echoed by the member of the crowd who screamed “FUCK ME UP A BITCH!” into Bey's microphone during “Hold Up”. So we went to the concert to speak to the Beyhive and find out what Queen Bey means to them.

Why do you love Beyoncé?

Luke: I believe that as a black person, in terms of empowerment and just someone to look up to, she is everything: she is beauty, she is soul, she is music (laughs). I’m getting emotional talking about her.

Charles: The industry now is whitewashed yeah, and it’s time we have some – there’s so much talent in black culture.

Why do you love Beyoncé?

Sophia: When Latoya was in Destiny’s Child I was there! I feel it in my heart when she sings. This is the first time we’ve actually seen her, but it is the right time because she is so strong right now.

What do you think she’s like as a person?

Claire: Well I’ve met her. I did a show with her on ITV a few years ago, and I was interviewing her. It was only for five minutes. We all had individual questions, I got to ask her if she could change anything about herself, what would it be? And she said her eyes, but because of her accent I thought she said her arse. And I said to her, ‘Why on earth would you change your arse, it’s amazing!’ Everyone laughed.

If you could say anything to Beyoncé what would it be?

Luke: Thank you for cleansing away my sins and making me afresh. Making me the person I am today. She gives me the confidence to wear glitter in my beard.

What is it about Beyoncé that you love?

Olivia: She is the queen – like, who doesn’t love Beyoncé? She is inspirational, she’s awesome, she doesn’t care what anyone thinks.

Why have you come to see her today?

Nana: If you pay to see Beyoncé, you’re not gonna see some shit – you’re gonna get a show.

Describe her in three words

What does “Formation” mean to you?

Tutu: ‘Formation’ means that we might unite not just as women, but as black women together.

And why is that important to you?

Tutu: I think because so much is happening lately for black people, that we need to stand together, we need to work together and make everything better for ourselves, our race, to get out of this monstrous situation that we’re in.

What is Beyoncé to you?

Miles: Pivotal. She has done so much that has made not just musically, but politically, culturally, racially, things have shifted. She has made things change in such a bold way.

What would you say to her if she was here right now?

Miles: I think I’d just say thank you. For everything. But on a petty note, can you start shouting out to the people with dicks that are here for you? Because I get the female empowerment thing, but you know, sometimes just shout out to us because we’re here paying £100 for tickets and jackets as well. I’m, like, here in formation as well. I want to be just in formation with a dick.