We speak to the cinephile and video artist who discovered all the artistic tributes to creatives like David Lynch, Terrence Malick and more in the singer’s visual album

Beyoncé’s conceptual album has a multifaceted narrative that brings together the cult of celebrity and the sparks of a political debate: as many analysed just who ‘Becky with the good hair’ was as there were people delving into her explicit indictment of American society. Kevin Allred, a Rutgers University professor who runs a Politicising Beyoncé class, explained to us how Lemonade challenges the modus operandi of the structure that disadvantages black women visually and lyrically: “It’s up to the system that created the problems from the beginning. She’s asking all these questions through the metaphor-slash-allegory of the cheating narrative.” Looking deeper, Beyoncé elevates these notions further with a creative depth that references the visual mastery of artists and directors such as David Lynch, Terrence Malick, Cameron Jamie and Pipilotti Rist.

Nelson Carvajal is a filmmaker and visual artist who, in his video essay “Film Fidelity: Beyoncé's Lemonade”, highlights these creative dimensions. Carvajal draws comparison from the likes of Terrence Malick’s To the Wonder and Tree of Life, a dreamy, spiritual series of work that plays out in Beyoncé’s reflective tone and impressionistic film style throughout Lemonade. The surrealism of Lynch’s Twin Peaks and Mulholland Drive can be found in the scene where she sits alone on stage, and although the red curtains immediately bring to mind Twin Peaks’ satanic Black Lodge, deeper than this are the Lynchian themes of betrayal and reconcilliation. The Afrofuturist work of Terence Nance has a hand throughout, and the already iconic scene where she smashes in the car window is a visual shoutout to the empowering, destructive themes of Pipilotti Rist and her installation “Ever Is Over All”.

We caught up with Carvajal to delve deeper into the work of the creative polymath:

What first drew you to analysing Lemonade?

Nelson Carvajal: Well, I didn’t see Lemonade when it first dropped Saturday night on HBO. I don’t have cable so I was late to the conversation. However, by the time I got to work on Monday morning, all of my co-workers were talking about it – I work on the Steve Harvey talk show at NBC in Chicago. So I made it a point to finally watch it on Monday night. I was very impressed by the piece after my first viewing and as I watched it, I could already see where its inspirations more than likely stemmed from.

Do you think much of these cinematic influences have been overlooked because of the gossip that surrounds the project?

Nelson Carvajal: I definitely think many of the influences get overlooked. The ubiquitous influence that gets thrown around is Terrence Malick. Of course, Malick’s impressionistic DNA is all over Lemonade, but there are several other influences that inspired this work too. Unfortunately, the general public seems less interested in exploring much beyond Malick; they’d rather find out who ‘Becky with the good hair’ is instead of learning who the hell Jonas Mekas is.

What names and pieces of work first sprang to mind when watching it?

Nelson Carvajal: Malick, of course, is the first name, with his trademark voiceover narration style and sequences that evoke the experience of memories and of one’s helpless place in this cosmic existence. But I also thought of David Lynch, mainly because Lemonade seems to work like a surrealist art film. It fluidly moves from one vignette to the next, even though each vignette goes into a different direction entirely, but it keeps this vital energy pulsating throughout. It’s like when you have a set of dreams in your sleep. In hindsight, you know the linkage between the scenes was disconnected but when you experience it, every moment feels like it’s a necessary moment and it makes complete emotional sense at the time. 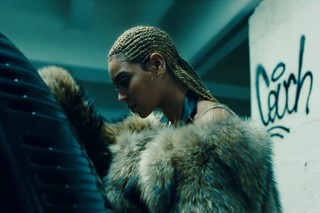 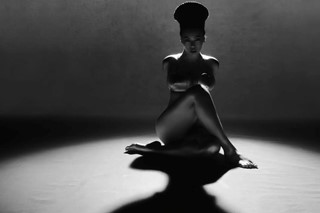 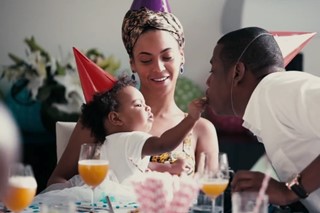 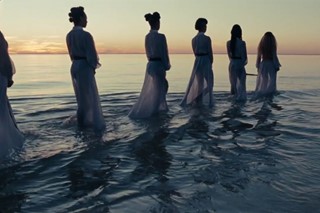 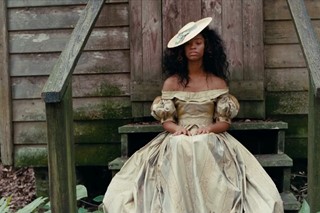 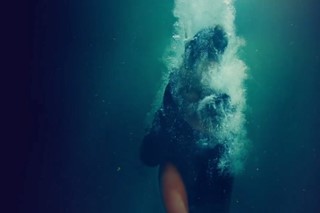 And so what ideas took a bit more time to draw comparison to?

Nelson Carvajal: I’d say making the linkage to Cameron Jamie’s Massage the History. That film, for me, captures the carnal spirit of physical desire that sections of Lemonade explodes on. Visually, Jamie’s film pales in comparison to Lemonade in sheer terms of scope and production design. However, what Jamie is saying about the barbaric simplicity of man’s desire – and yes, that includes bumping and grinding – is in tune with Beyoncé’s argument for acting on sheer impulse when it comes to venturing out for a sexual partner. By the time she yells ‘Suck on my balls’, you know we’ve arrived at a fully developed Alpha Beyoncé. She’s not the teeny-bopper idol any more; she is the definition of fierce. Her ‘Formation’ song, it seems, was just the prelude.

Why do you think she has turned to these particular artists for inspiration?

Nelson Carvajal: I think it’s a mixture of things. Obviously, the visuals are 90 per cent of it. Most of us make ‘visual’ choices in life, from shopping to dreams of scenic getaways. With us artists, since we’re always consuming media around us, that means we embed striking imagery we see in the cinema, television, magazine ads or website designs into the content we make. So if you look at the robust filmmaking team behind Lemonade, you can imagine that open network of sharing impressions, ideas, inspirations and idols that they put on their vision board for what this visual album would ultimately become.

Given the anticipation for the next series of Twin Peaks, do you think she could have gone further with some of the Lynchian elements?

Nelson Carvajal: I think Beyoncé and her team were smart in not making the visual album too Lynchian. It has just the right Lynchian aura – as if just around the corner of the frame, Lynch is there intensely looking at the image. If Lemonade were to have gone further with every tribute, it would run the rusk of becoming a parody, since everything would be so pronounced and highlighted.

How well do you think the film pays tribute to the greats it has been influenced by?

Nelson Carvajal: I think it does a good job of paying tribute to the greats, as I said earlier. It knows to borrow and appropriate a good chunk from other works without going off the deep end.

Do you think there are any oversights or slight missteps in there?

Nelson Carvajal: I think the biggest negative misstep is how the public is set against Jay Z and Beyoncé’s possible marital strife. It’s like, ‘Hey people, none of that is your business, but in the meantime, why not come appreciate some moving image theory.’

Whose wavelength is Beyoncé most on form with? You mentioned her message of empowerment that mirrors that of Rist and Nance’s exploration of Afrofuturism.

Nelson Carvajal: I think she’s most on form with Rist and Nance. However, I must admit, (another) artist that Beyoncé is definitely channelling is Julie Dash. I wish I’d included Dash in my video. Dash is a good fusion of Rish and Nance’s personality type. In the end, Lemonade proves to be acknowledged on its own appropriated art wavelength, one that demands to be seen and appreciated.