With her brilliantly brutal new album, the Swedish singer pulled herself back from the brink. We hear how there's salvation in her wounded rhymes

The cover art for Lykke Li's third album, I Never Learn, is almost as revealing as the nine bruised and bloodied torch songs contained within. Draped in black and posed like the subject of a Renaissance portrait, with eyes fixed firmly at the camera, mouth slightly agape and hands clenched to her chest, Li is depicted without embellishment. On the cover of her cutesy 2008 debut, Youth Novels, she’s part of a layered selection of profiles mixing the real and the fake, while 2011's embattled Wounded Rhymes features a completely cloaked figure on a windswept, black-and-white beachscape. With I Never Learn, the attitude is clear: this is me, take it or leave it.

“The cover is a reflection of the music,” Li says from Sweden, “but also, you reach a point in your career when you feel like you can finally step out into the light and say: ‘This is who I am. I'm flawed and I'm lost, and instead of trying to pretend that I know, I'm going to show you that I don't and that I never learn and this is how I look.’ It was time for me to take that step, which is scary for me because I've really enjoyed not having a face to the music.” In a popular culture obsessed with image, this reluctance to fit a mould is just one of the many things that sets Lykke Li apart. In fact, the tension between what’s expected and her desire to follow her own path has always been part of Li's appeal.

“My mother made me as un-Swedish as possible, and was always like, ‘When you can, get the fuck out of here. The world is so much bigger’”

Emerging in late 2007, Li was immediately lumped in with Scandinavian pop peers Robyn, Annie and The Knife despite a) not sounding anything like them, and b) hating the term “pop star”. “I get annoyed that it ticks me off so much,” she states now, her clipped speaking voice sounding as close to furious as she gets during our chat. “As soon as someone says that I get really angry. It would be the same thing if you were a gay man and people think that's all you are – ‘So, do you love George Michael?’ Generalising is not that interesting, I think.”She's not even that keen on being thought of as Swedish: “I only grew up there for a bit. My mother made it her religion to make me as un-Swedish as possible, and was always like, ‘When you can, get the fuck out of here. The world is so much bigger.’”

This restlessness – as a child she lived in Lisbon, Morocco, Nepal and India, before moving to Brooklyn as a teenager then back to Sweden and finally LA – and her fierce sense of independence fuel her music, and I Never Learn is her first album as co-producer. The record takes the template of Wounded Rhymes' deliciously sad, blown-out torch song “Sadness Is a Blessing” and runs with it, thumbing its nose at music's current love for ridiculous BPMs and simmering things down to an almost unbearably painful waltz. While Wounded Rhymes balanced out its slow-burn epics with the propulsive groove of “Get Some” and the clap-heavy “I Follow Rivers”, I Never Learn barely rises above a funeral march, its atmosphere so all-encompassing – and so deliciously, engrossingly dramatic – that you want to don all-black-everything, sit in the corner of a bare room and cry yourself hoarse

In fact, that's sort of what Li did when she finished touring Wounded Rhymes and started thinking about what was to come next. “The first thing you do when you get off tour is let off some steam and, you know, have some type of big breakdown,” she says without a hint of exaggeration. “You realise that once you actually don't have to get out of bed any more you just can't get out of that bed.” Isn't that a form of depression? “Yeah. It’s like when you've been working so much and then you take a vacation and the first thing that happens when you get there is you get a fever,” she says. “Touring is really about being on edge the whole time – you’re like a racing horse, you've just got to be on. You've got to pull it together. Then all your relationships have gone down the drain and you have no more clean underwear.” Li's return from touring coincided with the breakdown of a long-term relationship – a cataclysmic double-whammy that pulses through the album. “I had a terrible break-up and then I was basically homeless,” she states matter-of-factly, “so I had to come back to Sweden and stay with my brother in the apartment where I grew up.” 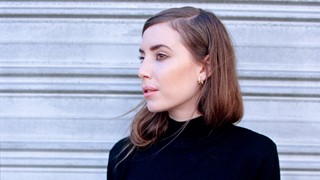 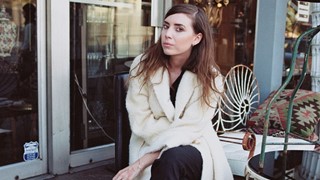 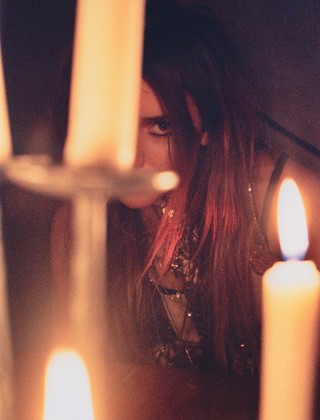 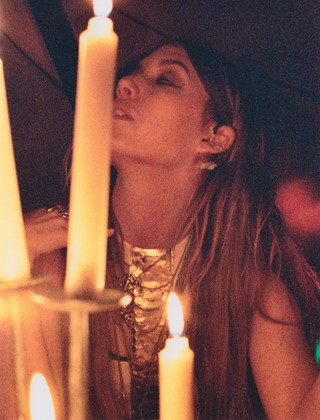 The way Lykke Li the artist sings about sadness is so raw that you assume Lykke Li the person will be so engrossed in that misery that she’ll be dour or po-faced. But the way she talks about her break-up and its fallout is frank and laced with black humour that borders on the playful. “Basically, post-tour, the first thing you do is have a big breakdown and drink a bottle of wine and then cry a river,” she laughs. “It is kind of like getting out of a depression, actually. I had a friend who went to a depression therapist and apparently you're supposed to pat yourself on the shoulder for every single thing you do, like: ‘I took two steps today, that was really great.’” But such plain-speaking makes the bursts of melancholia harder to signpost and heavier somehow. “This album is like the end of a trilogy of a young woman's exploration of youth, love, lust, hope, despair, sadness, madness,” she says. “Hopefully I'll go past this somehow. But I'm just happy to be here, you know – I'm 28, I could have gone down in a rock’n’roll death or something like that.” Did you reach those kinds of lows? “Yeah, of course,” she replies, clearing her throat slightly. “But the album has a little bit of hope. That is my fight for light and for life and to survive and not let it get the better of me. If it wasn't for that… I don't know what.”

While the plan when she returned to LA to start over again was to take a break from songwriting, she found herself obsessively writing, leading to a self-inflicted creative mania. “I thought, ‘Oh my God, I really have to heal myself for a while, I won't do a record,’ but then I started writing all these songs.  At first they were just for me, like a healing process, but then all of a sudden I'd written 20 songs, and I just got completely obsessed with them. I was dreaming about it and trying to capture something – I was trying to make a masterpiece, basically, and that is a dangerous task no one should ever take on. I kind of got crazy.” This obsession mutated into a level of perfectionism that led to her friends worrying for her health as the album took over her life. “I couldn't let it go. I would record the album then I would scrap it, and then I'd go back to Sweden and be like, ‘Okay, let's do an album, I'm ready,’ and then I would record an album live and come back to LA and listen to it and be like, ‘This is the worst piece of crap I've ever heard.’ So then I'd start over again and again and again. I mastered this album four times, and even when it went out to be pressed on vinyl I went back into the studio and re-did a couple of tracks.”

"Do you have to have emotional turmoil to create music? I'm not sure because I've never been without it"

You sense that Lykke Li isn't just an artist who thrives on drama, but someone who seems to devour it, wear it like a cloak and would conceivably marry it and then divorce it if that were an option. Even something as enjoyable as listening to music while making the album involved “driving alone along Mulholland Drive in the rain and really having the time to think about all the shit that I fucked up, you know.” So do you have to have emotional turmoil in order to create music? “I'm not sure because I've never been without it, so I'm not sure if there could be another reality where you can just be in perfect balance and write the blues. I don't think so. It seems quite contradictory.” A question about whether she perhaps seeks out drama is initially met with a slightly sardonic, “The profession I have keeps dragging me into drama and taking me away from baking, flowering and gardening," before she ponders the task of having to tour an album of heartbreak songs with a playful: “Yeah, I'm a sucker for that shit though. To feel things, you know?”

This sense of heightened drama also played out in the studio, with Li choosing to continue working with her long-term producer, Björn Yttling (and, on two songs, Lily Allen producer Greg Kurstin), despite the pair basically not getting along. “I don't know if he's going to be angry when he reads that, like, ‘What does she mean?’,” she laughs. “I mean it in the best possible way.” So just in a creative way? “No, in every possible way. We fight so much, my God. We haven't seen each other in a long time – we're detoxing.” So while someone else might perhaps seek out another creative foil, or see the benefit of working in a fun studio environment, Lykke Li sees the tension as healthy. “That's what's so interesting. We meet in the music. I want to go one way and he wants to go another and then we meet and that's something we could never have done by ourselves,” she explains. “It frustrated me too, I was like, ‘What the fuck, it shouldn't be like this.’ But then if you look into some of the best records, like with Fleetwood Mac, they didn't fucking talk to each other but the music they made was fantastic.” Plus, she tried working with sycophants – or ‘Oh yeah, that's amazing’ types, as she puts it – and it didn't work: “I went to LA and cut a couple of demos with people who thought I was amazing, and it was the worst crap I've ever heard.”

From the pure power balladry of “Never Gonna Love Again”, which is a whisker away from being a big Ryan Tedder-esque Beyoncé ballad (“My dream is to have one of those singers that can actually sing my songs”) to the title track's string-laced lament via the emotional jolt of “Gunshot”, I Never Learn is uncluttered by subterfuge or lyrical smoke and mirrors. Its raw emotion is so prevalent that at times it even took Li by surprise. “Sometimes when I write songs I don't know what they're about and it just suddenly comes to me. With ‘Love Me Like I'm Not Made of Stone’, which is the original demo, you can almost hear when I get to the middle eight that I was like, ‘Oh my God, is this how I feel?’” Sure enough, there's a split second where her voice creaks and seems to struggle to swallow down an eruption of emotion. “I need to just let it be as it is. I labour things for so long and then I release them in songs.” I Never Learn may well be that masterpiece she's been chasing all along.