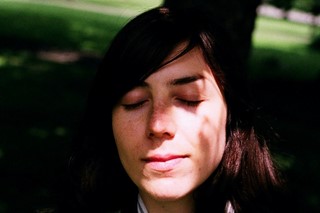 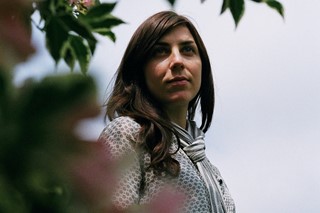 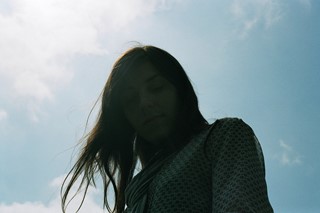 There’s a scene in the 1958 musical adaptation of Collette’s novel Gigi, in which the main character enters the bustling Parisian restaurant Maxim’s. As she walks in, the buzz of conversation falls silent and the crowd’s eyes are fixed with flagrant intrigue on Gigi’s angelic frame. “Something really intrigued me about that scene,” says Julia Holter, the LA-based experimental pop artist whose third full-length album, Loud City Song, was born from a moment of resonance inspired by the story. “They’re all looking at her with such a strong sense of voyeurism, like they’re gossiping about her. It intrigued me on a lot of levels – that social atmosphere and the dynamics of what was happening.”

Forced to reflect on why the scene had struck such a powerful chord, Holter found herself thinking about modern-day social phenomena often associated with her own place of residence: freakish celebrity obsession and the deafening loudness of the media. “It all came together in a combination of all these elements from Gigi – both the book and the musical ­– but also my own reflections on living in a city,” she says. While Holter refers to ‘city’ as an abstraction more than any specific geographical location, Los Angeles provided a strong influence. “What fascinates me about LA is actually almost the opposite of what I’m complaining about on this record. It’s very cozy and allows you to have your own space, while on the record I’m presenting a side of it that I may not know that well myself, but which I know exists. I’ve seen it – the paparazzi and the celebrities, that kind of glamorous but really off-putting world.”

Maxim’s, the bar, eventually inspired Maxim’s, the songs – a two-part track forming the axis around which the rest of Loud City Song rotates. “Maxim’s 2 was the first song on the entire record. It’s very in your face – quite uncomfortable and claustrophobic,” Holter says. “Maxim’s 1 is more inviting and works as a kind of introduction to the album. It functions a lot like that situation at the bar in Gigi, which is so important to this record. It’s like in films, when you come back to a scene you’ve seen before but it’s slightly different – that’s kind of how the two work together.”

This structure helps tie Loud City Song together into one entity, a trait it shares with its predecessors. On her debut, Tragedy, Holter displayed a unique prowess for creating complex conceptual albums, building the entire record on Euripides’ ancient Greek tragedy Hippolytus. On the second, Ekstasis, the tracks were broken up into a more traditional pop-structure, yet carried through with a strong thematic focus that is further developed on the third album.  “The title is Loud City Song, and in a way it functions like that – as one song. This record has very strong, central themes, whereas Ekstasis was more wandering. In that way it’s probably inherently darker, because it’s heavier with the weight of the themes.”

Musically, Loud City Song may carry more ominous moments than Holter’s previous work, but it oscillates between densely layered, hectic chases and bright, atmospheric rooms for contemplation. As such, it mirrors both the intensity and the isolation of a world where, as Holter says, the bulk of public conversation happens in the uncontrolled and abstract realms of the Internet or TV. “With Gigi, I’m playing with a story that’s turn of the century, when it was all so different in terms of where the gossip happened,” she explains. “I find it’s harder to be specific when so much of the media isn’t on the streets. I think with this record I was creating a fictional, open space to show how humans work in society, and how we as individuals relate to the loudness of it all.”

Talking about a lack of sparsity in contemporary commercial music, Holter says her more stripped-down tracks are not necessarily intended to comment on differences between our time and the highly stylised setting in which Gigi took place over a century ago. “The thing is I’m not saying we’re more superficial now – people have always been superficial,” she says. “But it’s louder now, in a way.”