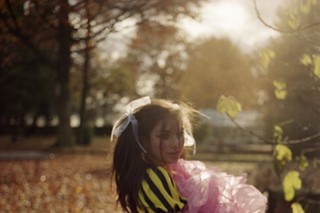 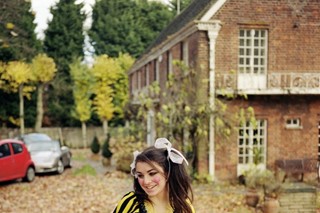 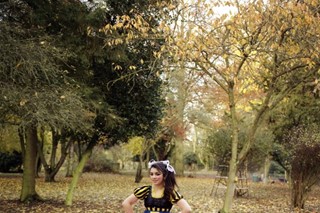 Charli XCX has built herself a killer underground reputation in record time, and she’s now on the brink of making some big noise overground. The queen of the teen scene’s warped Day-Glo club kid look, chameleon locks and genre-defying nursery grime sounds are making everyone stop and take notice.

“At the moment there’s so much stuff going on underground,” announces the 16-year-old diva, “Everyone’s throwing secret raves; everyone’s getting up there and jumping around dressed up in bubbles and tinsel, and I think that’s wicked – there’s always something different going on. I don’t know if I’m part of a movement… you only realise that once it’s over!”

But it’s not all bubbles and tinsel – Charli has a dark secret that her admirers may be shocked to find out.... “Me and my mates are really geeky! We’re like The Secret Geek Squad,” she laughs. “I'm not saying I live a double life or anything ridiculous like that, I’m just saying that when I need to, I work. College is a big thing for me at the moment. I have to go six days a week. I find all modern war history totally fascinating. In fact, I like to dress up as historical people and gallivant around in the park with my friend Twiggi.”

Surely doing college work is the last thing on her mind when she’s been up all night raving while her classmates are asleep? “I'm not going to lie, there's times when I think, ‘I don't have to go to college in the morning,’ because I've been out till the early hours the night before, but in the end, I always do go to college. I am a different breed of Club Kid, if that’s what you wanna call it – I am a ‘Club-Kid-Geek-Freak’... and I love it! Anyway, I always look like a zombie at college, because I've been up so late – battle on for history, man!”

High-octane raw performances lie at the core of the Charli XCX experience. “I like to make my performances glittery and magical,” she explains,  “and I like to really involve myself with the audience and jump around and get off the stage and roll around. I like to be like a big firework – I just want to erupt!”

The ultimate Charli XCX game plan is simple. “I want to prove to people that you don’t have to become this big, commercial pop writing machine to be successful,” she explains, “you can just do whatever you want and it will be fine. I'd like everybody to live a little and go a bit mental when they hear my music, and just cover themselves in balloons and dance and roll around. That would be brilliant.”