Inspired by the 1977 NASA mission where a gold-plated 12" record was sent into space, Joshua Thomson's latest project explores 'music and intimacy in a digital age' 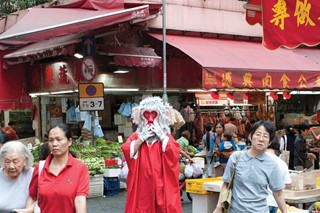 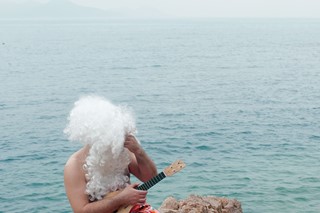 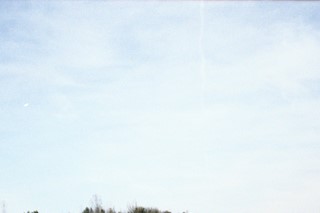 Founded by artist/musician/curator Joshua WF Thomson last year, the Hong Kong-based Platinum Metres project was set up as a platform to produce and promote curated works from unique global talents in a multitude of creative disciplines, including music, art and literature. With the tagline, 'Music and intimacy in a digital age', Thomson perfectly captures what he has set out to achieve with the project. In his own words Thomson describes Platinum Metres as being directly inspired by the 1977 NASA mission, in which two gold-plated phonograph records were send into space in an attempt to give a brief history of our world to anybody that might find them out there.

We spoke to the artist about the last five years he's spent working on a record which would communicate to anybody the breadth and depth of creativity on Earth. Here he explains the final record itself, its relationship with the 1977 NASA experiment, and the contributions he's had from international artists.

Dazed Digital: In what ways does the record itself reflect the original? Does it act as a time capsule too?
Josh Thomson: I see NASA’s Golden Record as a physical manifestation of the human’s enduring compulsion to communicate. The copy aboard Voyager I is currently traveling at 38,000mph, 33 light hours from home. It is the most distant of man-made objects. From the beginning Platinum Metres was intended as a citizens’ reworking of NASA’s original Golden Record. It follows the same structure and format as the original and it contains music and images which are intended to describe the history of life on our planet.

Like its source of inspiration, Platinum Metres spans a wide range of different musical genres and processes. It’s intended as a tribute to NASA’s original project and it’s intended as a love letter to the vinyl format. This release record contains 19 audio tracks, (including two of the most romantic locked grooves committed to vinyl) plus an audio-visual track containing 145 images of planet earth.

It’s impossible to represent life on earth in all its diversity, so to an extent the original project was always going to be a limited success. As with NASA’s project, Platinum Metres is an unreliable time capsule. It's a mixture of knowledge and speculation, conjecture and fantasy. Like NASA’s original, Platinum Metres is intended as a statement of hope in pessimistic times.

DD: How did you approach people to be involved in the project?
Josh Thomson: I explained to people that I wanted to make an album that I intend to launch into space and that generally clinched it, they wanted to be part of something unusual and ambitious. A lot of the musicians were interested in getting involved in more experimental approaches in the studio, some were keen to get their hands on the various hand-made synthesisers, stringed instruments and other musical apparatus that I’d built for the project. For the first sessions I approached people that I knew from previous projects but as Platinum Metres developed and grew, people began to approach me!

DD: How would you introduce this album to someone / to extra terrestrial life?
Josh Thomson: Hopefully the record speaks for itself. It’s central to the album that I shouldn’t have to introduce it!

DD: Over the five years it took to complete, what as surprised you whilst making the record?
Josh Thomson: The biggest surprise has been how it’s come to be a truly international project. People from all corners of the globe have contributed to the records, and this is reflected in the finished product. It’s a far bigger and better thing than I was hoping to produce.

DD: What were you hoping to achieve with the project?
Josh Thomson: To make the perfect record.