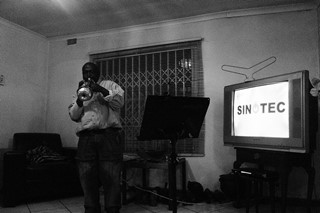 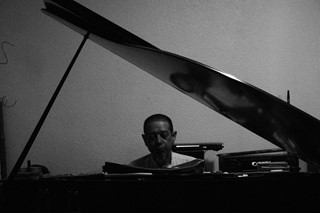 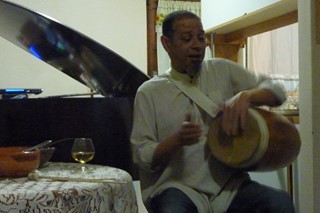 During the apartheid era, Cape Town jazz was famous – now, many of the musicians from that era are struggling as venues in the city opt for cheaper DJs, and players find it tough to earn money in the poorer areas they live in. A company now offers a ‘jazz safari’, in which visitors travel to some of the suburbs and ‘townships’ for a private concert in the homes of these musicians.

A ‘jazz safari’ might sound uncomfortably patronising, but Coffeebeans Routes who run these trips claim it is sustainable and responsible tourism, with visitors interacting with the locals, not just gawping at them. “Apartheid killed self-esteem,” says our guide, as our mini-van containing me and a friend – plus a bewildered honeymooning French couple who clearly thought they were going to do something else – careers at warp speed past District 6, where thousands of people and their homes were once forcibly cleared when it was declared a “white area” (it’s still empty). “By visiting these guys at home, you are helping to change mindsets,” he continued. (I later talk to Iain from the tour company, and he assures me: “These guys wouldn't participate if the cash wasn't right. The musicians get paid well, it’s a good gig. When we are really busy, these guys never need other gigs.”)

Jazz was a key part of the struggle against apartheid, and political meetings often took place under cover of the jazz – this was revolution music, and at one point the government became obsessed with stopping these meetings. Black and white musicians could not even legally play together, and white musicians would sometimes sneak off into the townships to do so.

Our first stop was Hilton Schilder’s house in Fairways, where he had a beautiful grand piano squeezed into the gap between the kitchen and the front room, and we piled onto a sofa with a Castle lager and a plate of his wife’s delicious Cape Malay curry. Hilton is a self-taught multi-instrumentalist who picked up playing by ear, starting at the age of three. As I looked at a 1970s photo of him as a child with his resplendently afro-haired musical mentor, he played an elaborate, finger-tapped piece on the guitar. Clearly a virtuoso of immense talent, he went on to perform on drums, melodica, singing, then a traditional bow instrument that made a haunting, resonant sound from within his mouth, and finally on that great piano, rolling out some of his own intricate compositions, including ‘Rebirth’, a melody that appeared spontaneously in his head while he was in hospital being treated for cancer.

He also played us a couple of tracks on CD from his 80s band The Genuines, a full-on gypsy-punk-jazz-thrash outfit. The tour continued to Guguletu, where people were getting wild on a Friday night at a braai outside the house of trumpet-player Blackie Tempi, and we experienced a truly unique “duet with television” after his brother-in-law who was meant to accompany on guitar failed to show, but Hilton was undoubtedly The Man.