As the director lines up two new projects, the solipsistic romances, emphatic fashion, and intoxicating characters of the Wong-verse have never felt more tantalising 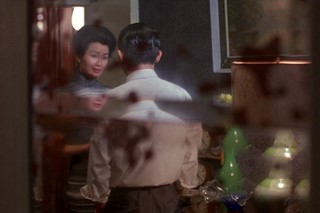 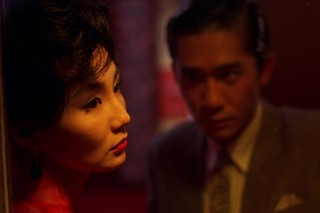 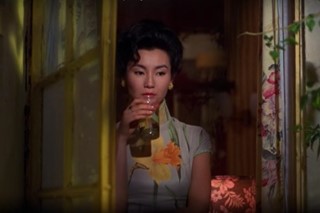 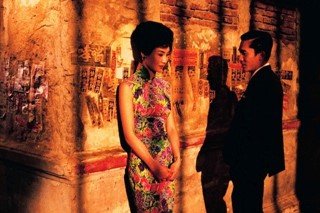 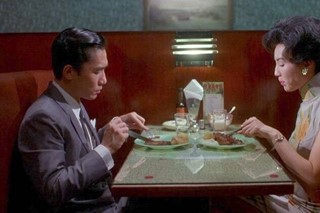 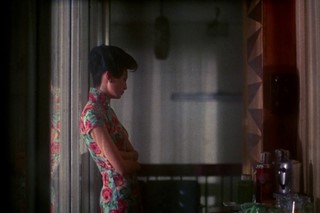 Hong Kong didn’t take any prizes home at this year’s Academy Awards, but there was, at least, some recognition worth savouring. Against a backdrop of political turmoil, Derek Tsang’s high school bullying drama Better Days became the country’s first nomination for Best International Feature Film in 27 years. It’s a little victory – but one that only serves as a reminder of one of the greatest snubs in Oscars history.

Two decades prior, Wong Kar-wai’s In The Mood For Love failed to make the cut at Hollywood’s biggest awards ceremony – despite competing for the Palme d’Or at Cannes and taking home five trophies at the Hong Kong Film Awards in 2001. It is a slight that echoes throughout the competition to this day: the film was a key influence on 2017 Best Picture winner Barry Jenkins (Moonlight), while Sofia Coppola paid tribute to Wong in her Best Screenplay acceptance speech for Lost In Translation in 2004.

History has been far kinder: a 2016 BBC poll of 177 critics placed Wong’s masterwork as the second greatest of the 21st century, behind only David Lynch’s Mulholland Drive. Moreover, it was In The Mood For Love that inspired MUBI founder Efe Cakarel to found his influential film streaming platform – after he found himself unable to watch the film in Tokyo in 2007.

There has never been a better time to embrace the film’s vibrant legacy. Rare footage cut from the final edit has just premiered in a retrospective documentary in Hong Kong. On May 31 in the UK, Criterion will release a career-spanning collection of seven restored films in the 4K box set The World of Wong Kar-wai, also screening at the BFI in July. And with the director’s canon expanding as he lines up two new projects, the solipsistic romances and intoxicating characters of the Wong-verse have never felt more tantalising. In 2021, In The Mood For Love remains a spellbinding entry point to behold.

In the early 1960s, two temporary neighbours rent adjacent rooms in a Hong Kong apartment block. Chow Mo-wan works late as a journalist, hoping to earn some extra time off so that he can treat his wife to a holiday. Su Li-zhen (who dotingly adopts her spouse’s name, Chan) works as an office clerk, while her husband works abroad. But Chow soon learns that his wife has been seen in public with another man, while week-on-week Chan’s husband fails to return home.

As the two neighbours continually pass in the liminal spaces of the apartment block, they find themselves yearning for one another as they quietly bond over their mutual loneliness. In what may be the greatest will-they-won’t-they in cinematic history, the would-be lovers are left with a crushing choice: do they uphold the moral standards that their partners have betrayed, or stoop to the same lows and consummate their blooming romance?

After 15 months of improvisational shooting (during which Wong was constantly re-writing), it was to the credit of leading actors Tony Leung and Maggie Cheung that the heavily-edited final film ended up being so infallible. The former became the first Hong Kong actor to receive the Best Actor prize at Cannes for his role; the latter would match the feat four years later for her role in Clean. But beyond these magnetic performances, In The Mood For Love radiates aesthetic beauty – and it is this sense of visual indulgence that is perhaps the film’s finest asset.

As a microcosm for the 60s Hong Kong of Wong’s childhood, In The Mood For Love exists in winding alleys lit by neon lights, where cracked concrete walls and peeling wallpaper allude to the country’s nearby transformation into metropolitan super-city. Within this setting, long-time collaborator Christopher Doyle and co-cinematographer Mark Lee Ping-bing create a dreamlike environment using freeze-frames and slow-motion blurs, capturing a dizzying romance in close quarters. A tantalising atmosphere builds on clouds of cigarette smoke and the saturated colours of billowing fabrics – contrasting with rainy downpours and dim streetlights outside the apartment block’s walls.

With the film’s 4K restoration, this nostalgia-soaked depiction of old Hong Kong has never looked better. From the soft mint lamps to verdant potted planters, and on every lipstick-red curtain, mustard-yellow carpet, and jade-green office wall: every single shot in In The Mood For Love is a vision to behold.

Sharing the Cannes Technical Grand Prize award with Doyle and Ping-bing was polymathic creative force William Chang – whose work on In The Mood For Love also garnered Hong Kong Film Awards for Editing, Art Direction and Costume and Make-Up Design. His efforts in the latter categories are, quite simply, breathtaking.

Chow's sharp, slim-fit suits – partnered with slicked-back hair, handkerchiefs and smoking cigarettes – accentuate the effortless charm of an actor in his absolute prime. But it is the infinite beauty of Maggie Cheung, with her endless rotation of cheongsam dresses, that makes In The Mood For Love such an infatuating pleasure.

“It becomes like a fashion show,” said Wong Kar-wai in a 2009 interview with IndieWire – and indeed, in the opening six minutes alone, by Dazed’s count, the leading lady changes dress six times. But more than just a meticulous interpretation of 60s fashions in Hong Kong (where the figure-lengthening cheongsam thrived as mainland Chinese tailors fled to the city-state from the conformist rule of Chairman Mao), the many-coloured dresses worn by Chan also reveal the tragic internal struggles the character endures throughout the film.

Rigid, upright, stiff-collared, and occasionally patterned with vertical lines, Chan’s cheongsams embody her commitment to upholding the societal expectations for a married woman over her need for happiness. But the colours – from tropical lime greens to red-and-blue floral patterns – betray her true emotions. At one point, as she emerges in a sky-blue dress with a daffodil blooming from her chest, it as if her true feelings are screaming out from within her.

IT’S THE CENTRAL CHAPTER OF AN INFORMAL TRILOGY

Like so many films in Wong’s boundless cinematic universe, the characters, stories and emotions explored in In The Mood For Love linger long after the end credits, even haunting his other films.

1991’s Days of Being Wild is the spiritually-linked predecessor to In The Mood For Love, which finds Maggie Cheung playing another Su Li-zhen, betrayed by a wayward partner in the tropical heat of Hong Kong and the Philippines. The same film features a cameo by Leung, who plays a suave gambler in a dialogue-free closing scene – a visual doppelganger for his appearance in In The Mood For Love nearly ten years later.

Even more closely connected is 2046, a sci-fi tinged, turquoise-tinted follow-up that finds Tony Leung’s pencil-moustached Chow engaging in a steamy affair with Gong Li in the room next door to the one he had rented in In The Mood For Love. “I don’t think this is a sequel,” claims Wong Kar-wai in a documentary included on Criterion’s re-release. “It is an echo of In The Mood For Love… 2046 is like a summary of all my movies.”

The latter film, which partly incorporates unused footage from the extensive In The Mood For Love shoot, received a more mixed response after finally hitting screens after a protracted, four-year production. “I was looking for what I’d felt with the other Su Li-zhen,” says a gloomier Chow towards the end of the film – a statement that reflects Dazed’s grief over Maggie Cheung’s decidedly small cameo.

A WORLD THAT KEEPS EXPANDING

In The Mood For Love feels maximised by the 2021 restoration, and yet the scope of Wong’s universe only continues to grow: the April 2021 premiere of One-Tenth of a Millimeter Apart – a thirty-minute film made up of behind-the-scenes footage and deleted scenes from across Wong’s canon – alludes to the holy grail of his unseen filmography.

The final sequence of shots in the trailer for the documentary capture Tony Leung, wearing a floral patterned shirt, entering a cafe where a woman (which may or may not be Maggie Cheung) is passed out on a bench with food around her mouth. As speculation suggests, this footage may have been plucked from a short film titled In The Mood For Love 2001, which was screened once at a directors’ workshop in Cannes and never seen again.

The footage was shot prior to In The Mood For Love’s realisation as a stand-alone feature – the film had originally been envisioned as part of a triptych under the title Three Stories About Food. The latter tale in this project would have depicted Leung and Cheung’s characters in a story set inside a 7/11 convenience store; the idea would later become the inspiration for Wong’s Hollywood debut, My Blueberry Nights.

Whether or not the short will resurface in full in the future is unclear. But with Wong now working on a pair of new productions titled Blossoms Shanghai and Chungking Express 2020 (the latter of which alludes to his 1994 international breakthrough Chungking Express) the Wong-verse shows no sign of being tapered. Here’s hoping that Chow and Chan, too, might finally get the rendezvous they deserve.

Criterion releases The World of Wong Kar-wai box set May 31, with Wong Kar-wai season coming to the BFI in July