With his Tilda Swinton-starring English debut Memoria arriving in 2021, get to know the transgressive filmography of the Palme d’Or-winning Thai filmmaker Apichatpong Weerasethakul 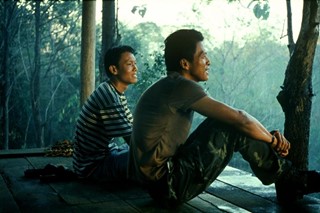 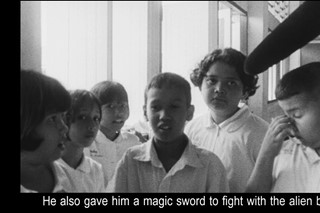 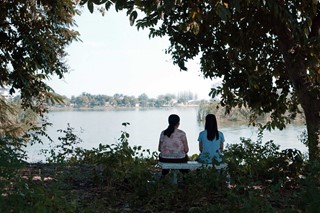 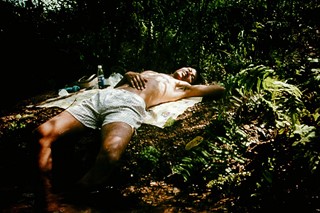 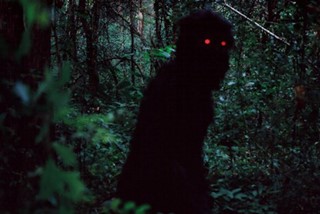 In November, fans around the world rejoiced at the news of a new David Lynch Netflix project, Wisteria, commencing production in 2021. While we wait in anticipation, a filmmaker dubbed the “Thai David Lynch” nears the completion of his English language debut.

Memoria will star Tilda Swinton as a woman who begins noticing strange noises while travelling in Colombia – while it’s his first English venture, the director is no small fry. Apichatpong Weerasethakul is one of the only Thai filmmakers to work outside his country’s restrictive and conservative studio system, and his transgressions made history in 2010 when he won the coveted Palme d’Or at Cannes for the spiritualising art film Uncle Boonmee Who Can Recall His Past Lives.

As a champion of unconventional structuring, tranquil environs, and hallucinatory narratives (derived from in-film jungle fevers and narcoleptic viruses), the comparisons to Lynch, Tarkovsky, and Dalí are well-earned. Weerasethakul’s transgressive approach to queer themes, meanwhile, mark him out as a true dissident. But while Lynch’s surreal cinema thrives on lucid mystery and narrative deconstructions, Weerasethakul’s core works are free from genre embellishments or even basic narrative conformities.

Full of long takes and fly-on-the-wall fixed shots, his features blur the lines between documentary and fiction. And with Buddhist faith (faintly mirroring Lynch’s own digressions into transcendental meditation) lining his films with a philosophical and often bizarre edge, these films go from mundane to mesmerising in moments.

Journeying through the elliptical world of this visionary below, the wait for the next Lynch feels not nearly as long.

Weerasethakul’s feature-making debut is a dreamlike 16mm documentary that journeys from Bangkok’s city roads to the rich Thai countryside. The seeds for his experimental narrative style are planted immediately: a series of vignettes chart the illogical tale of a crippled boy and his teacher, as told by a succession of rural villagers who continue the unwritten tale as they see fit.

Seamlessly merging black and white documentary footage with staged fiction, Mysterious Object at Noon instantaneously turns odd, as it becomes evident that the film’s storytellers have no knowledge of the events that had preceded their own chapter.

At its most jarring point, a village woman pops on a pair of shades and stares into the camera – “What was I talking about?”, she cackles, in a kind of impromptu narrative reset. Later, the tale concludes with a group of imaginative schoolchildren, who somehow segue the crippled boy’s story into one concerning a “witch tiger” and a magic sword – before the film ends unexpectedly with a massive game of football.

In his native country, Weerasethakul’s film was screened once. An attending patron complained, as the director recalls – so he ended up refunding his ticket.

The opening titles of Blissfully Yours don’t appear for 45 minutes; prior to this, pseudo-documentary footage shot around the director’s sleepy hometown of Khon Khaen set up a vague plot, concerning a young couple who embark on a road trip into the wilderness. Cue riverside sex picnics, mountainous vistas, green jungles, and a lopsided love triangle, as this lush and languid movie takes a meditative turn.

Behind the scenes, the director and his crew allude to supernatural forces shaping its course. “We consulted a spirit medium,“ Weerasethakul explains, “to ask when the rainfall would stop.” Having been instructed by a tree (no, really) to bide time in Bangkok, the crew eventually returned to Khao Yai National Park two and a half months later, where the director claims “the skies cleared and we had no more problems.“

The good fortune continued with the film’s international release. It won the coveted Un Certain Regard prize at Cannes 2002, though it remains heavily censored in his home country due to scenes of sexual nature – including an extreme close-up of the lead actor’s erect penis being fondled.

Weerasethakul took a turn into leftfield after Blissfully Yours, directing the low budget musical comedy The Adventures of Iron Pussy with buddy Michael Shaowanasai.

This spoof of Thailand’s 70s spy action films follows a transvestite secret agent (who also works at a Bangkok 7-Eleven) tasked by the Prime Minister to investigate a foreigner manufacturing mind-altering drugs. Much larks ensue – but soon after the film was released, the joke wore thin. “I wanted to make another jungle movie,” Weerasethakul told Second Run DVD. So he picked up with Tropical Malady, a queer romance movie conceived in the throes of Blissfully Yours.

Like many of his works, Tropical Malady is split into two distinct halves, beginning with a tale of blossoming romance between forest patrol soldier Keng and unemployed boy Tong. The first half is rich with joyful exploits, as the men frequent the cinema, attend a musical performance, and enjoy the vibrant life of both rural and inner-city Thailand.

But the film’s dramatic shift at midway points to a lingering punchline. Suddenly isolated in a lonely, green jungle, Keng spends the remainder of the film silently tracking a shape-shifting tiger. A palpable sense of loss and loneliness becoming all-consuming. Separated from his lover, and from the noise of the civilised world, Keng instead encounters supernatural forces: a talking monkey, a buffalo’s ghost, and a huge, glowing tree that shimmers in the night.

“Slay it if you wish to free it from its world,” the former tells Keng of the beast he hunts, which almost tauntingly takes the form of his boyish lover. “Or be devoured if you wish to enter it.”

Only when the two finally face off at the climax does the film’s true meaning begin to reveal itself.

UNCLE BOONMEE WHO CAN RECALL HIS PAST LIVES (2009)

At a career retrospective held at the Tate in 2018, the BFI reported that by the midway point of a 16-hour marathon of Weerasethakul features his canon had merged into a single, hypnagogic experience. To some extent, that feels entirely intentional.

Weerasethakul’s oeuvre is riddled with connective tissue tying each film together like a tapestry of interconnected narratives, side-stories and duplicitous characters. “My work is all about memory,” he told New Wave Films for the Blu-ray release of Uncle Boonmee Who Can Recall His Past Lives; and nowhere else is this theme better explored than in the Palme d’Or winning masterpiece.

The title character had been casually introduced in a riverside discussion in Tropical Malady (“remember my uncle who could recall his past lives?” soldier Keng had asked his lover), but here he is explored in full focus.

Uncle Boonmee is a tamarind farmer nearing death who, in a series of vignettes, explores the theme of reincarnation as he prepares to enter the next life. Memorable scenes range from an anti-Eraserhead dinner reunion featuring a ghost and a red-eyed sasquatch, to a folk princess’ sexual encounter with a catfish in a plunge pool. But the emotional richness of the tale marks it out as a spiritual experience, with the ambient sounds of cricket song setting a meditative tone throughout.

“If all of us could remember our past lives,” Apichatpong says, “perhaps there would be a better understanding of why we love and why we kill.”

Weerasethakul’s most recent narrative feature completes a cycle, reincarnating actors Jenjira Pongpas (Uncle Boonmee’s sister-in-law Jen) and Banlop Lomnoi (Keng from Tropical Malady) in a film about a spreading sleep epidemic among soldiers. Reportedly, when it premiered at Cannes, the director had no qualms in permitting people to nap during the feature.

The film (which feels prescient when viewed today owing to its focus on viral outbreak) revives themes of sickness and spirituality from earlier works, but it also poses some of Weerasethakul’s most commanding images. One scene captures a giant amoeba floating among the clouds; another, a room full of hospital beds where rows of catatonic soldiers are fitted with luminescent breathing devices, like some eerie science-fiction.

Out the window of their recovery centre, a hydraulic excavator ominously digs what we might guess to be a mass grave; and yet the form of the heavy digger also resembles the newborn chicks that scurry between hospital doors. The cycle of life and death is thereby captured as one.

With a lingering central shot of the comatose soldiers suggesting the entering of a dream state, the film’s second half finds volunteer worker Jenjira visited by mysterious spirits as if herself suffering the hallucinatory plague. With the film drawing to a close, children are seen playing football among the sandy mounds of the dig site, mirroring Mysterious Object at Noon, filmed over 15 years prior.

“Our metabolism slows while we sleep,” a spiritual advisor had warned Jenjira, as if to guide the viewer back into the transcendental cycle of Weerasethakul’s cinema. “Prepare yourself for a better future.”

And so, much as Lynch’s surreal mysteries Lost Highway and Mulholland Drive would warrant repeat viewings to uncover clues to solve narrative puzzles, Weerasethakul’s films literally circle in on themselves, blending one into another in a manner that seems to precede Lynch’s own Twin Peaks: The Return. The Lynch project was named best “film” of the year by Cahiers du cinéma in 2017, despite its 18-hour, episodic format. And Weerasethakul’s works, too, feel like splinters of a single, fractured tale.

Cemetery of Splendour had been unveiled at Cannes two years prior to the premiere of Lynch’s series at the same festival. And with themes of reincarnation and Buddhist spiritual belief so powerfully evoked across all of his works, perhaps Weerasethakul isn’t Thailand’s David Lynch at all. Perhaps, instead, they are one and the same.