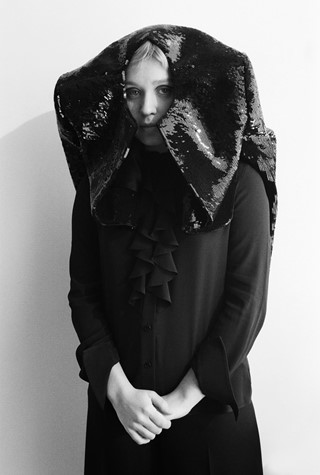 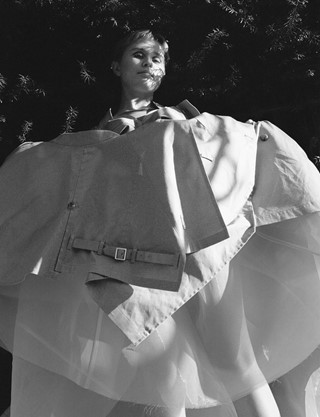 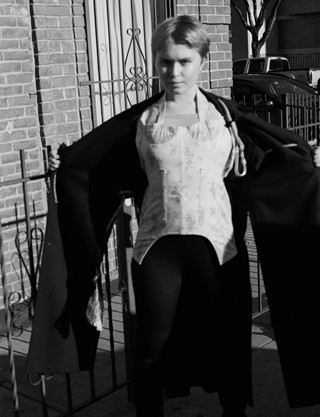 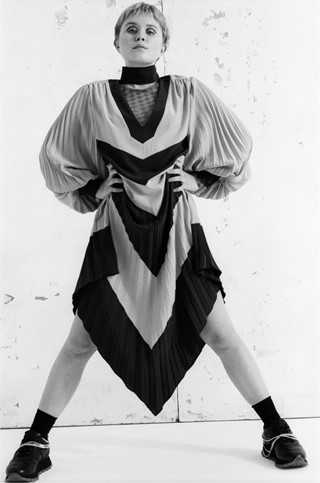 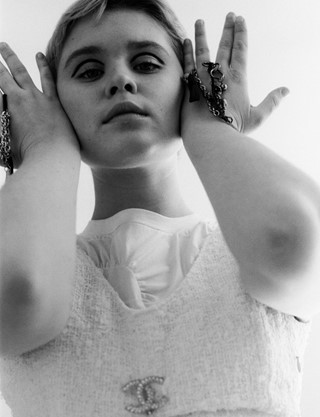 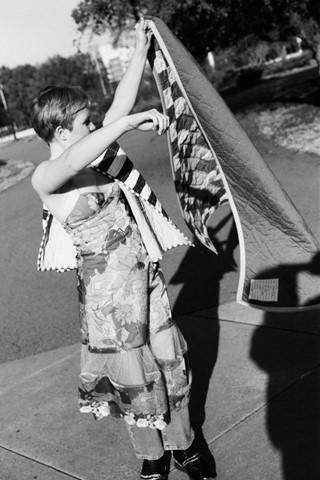 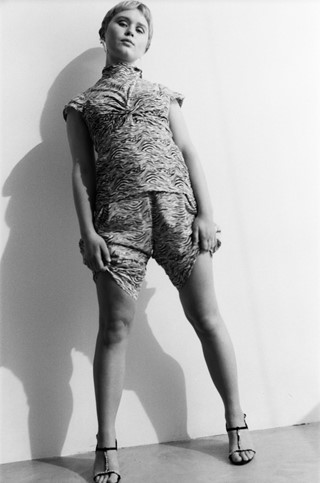 Two girls stand in their high school bathroom, assessing themselves in the mirror. One, a brunette, seems focused, as if trying to decode something within her appearance. The other, a pale girl with mist-hued eyes, sports a long, honey-blonde mane. The brunette asks: “Can I try on your wig?” A scribble of conflict momentarily darkens the blonde’s face, but she finally acquiesces, handing over the wig. The brunette places it over her own hair and primps in the mirror, while the former blonde – bare head exposed – averts her eyes in shame.

In Australian director Shannon Murphy’s Babyteeth, 16-year-old Milla wears many wigs. They rotate with her moods, or what she’d like her moods to be. There’s the blue bob on the movie poster, an upswept platinum look, and the long waves that caught her classmate’s eye. This last look shows an unexpected romantic side, but then again, Milla is in love. She’s also terminally ill with cancer. With the fatalistic flair of antipodean films like Heavenly Creatures and The Year My Voice Broke, Babyteeth offers a tragic but often deeply funny portrait of adolescence, centred by actress-of-the-moment Eliza Scanlen.

For the role, the Sydney-born performer had to lose her own hair. “I felt like a new person when I shaved my head,” she says. “It felt transformational on a very personal level.” People treated her differently in public – “they assumed I was sick”.

Today, in Brooklyn, the 21-year-old still sports a short pixie crop, but it registers as cool minimalism. As with Milla, the very act of losing her hair helped Scanlen reveal new possibilities. “Doing my first romantic role terrified me,” she days. “Shaving my head disallowed me from feeling any vulnerability. I realised how easy it was to hide behind your hair. And now I couldn’t.”

Scanlen has been no stranger to uncomfortable roles, even before Babyteeth left its mark on the global indie circuit. In a few short years, she’s shot from Sydney theatre performer to HBO regular (Sharp Objects’ Amma), Broadway actress (To Kill a Mockingbird’s Mayella) and Greta Gerwig muse, as Little Women’s shy sister Beth March opposite Saoirse Ronan and Laura Dern. It’s a killer spectrum of roles that would have taken many actors a decade to accomplish, but Scanlen moves fast – she’s even finished work on her own directorial debut, “Mukbang”. Thematically, many of her roles could feel passive or predictable in less capable hands – girls who get sick, girls who accuse others of crimes they didn’t commit. Instead, her quiet strength and grounded humour busts open all the stereotypes.

“I am finding a pattern that my characters die. Like, the last three roles, I die,” says Scanlen with a laugh. “But I think Beth is a total 180, actually.” Let’s face it: It’s hard to want to be Beth. Destined to die young from complications from scarlet fever, Beth is tragic in that we know – and she knows – that this is it for her. Girls reading Little Women love to pick a favourite March with whom to identify, and it’s not going to be her.

“Shaving my head disallowed me from feeling any vulnerability. I realised how easy it was to hide behind your hair. And now I couldn’t” – Eliza Scanlen

Yet Scanlen brings a vitality to Beth we haven’t seen on screen before, as if she’s tapped into a type of existential acceptance the other sisters can’t yet fathom. She is truly present in her skin, soaking in every moment. “Greta was very adamant about bringing more life to the character,” says Scanlen. “She said, ‘Still waters run deep.’ It’s not that she wastes away; it’s that, in getting sick at such a young age, Beth never loses what it’s like to be a kid. She finds solace in her reality.”

Milla, for her part, wants to go out kicking and screaming. “She wants to be alive and be playful, not to be defined by her illness or her family’s pain,” says Scanlen. And so she shields herself from her parents’ grief by leaning hard into her impulses, which creates some of the film’s best moments of levity. She starts seeing a boy – Moses, a 23-year-old drug dealer with a rat-tail. Her parents are scandalised; Milla is delighted. She gives him food and shelter, mainly in secret. He helps her come to terms with losing her hair, and takes her out. “She starts out giving him money and drugs. He then gives her the experience of love, lust and desire.”

It’s a perfect transaction. Or, as Milla’s mother Anna (Essie Davis) deadpans at one point, offering the boomer perspective: “The worst parenting I can imagine.” In one scene, there’s a hilarious showdown between parents and boyfriend involving a meat prong. And yet who are they to deny her love when it will be her last chance to experience it?

Scanlen filmed Little Women before Babyteeth, with Beth’s long curls still intact. She describes Milla as a “spitfire”, and Beth as “a sweetheart”, but imbues both characters with a certain dignity in the face of death. Beth plays piano with the passion of someone who hungers for something beyond the safety of her little world. Scanlen reconnected with her old hobby in bringing those scenes to life. “It brought me back to it in a new way because I actually enjoyed it this time,” she says, laughing. “I found Schumann’s song ‘Papillons’ – I just love this piece of music. Beth plays it for (her neighbour) and he is so moved by it.” The violin provides Milla a similar release in Babyteeth. As with Beth, it’s all a little too perfect to last, but it’s lovely while it does.

And then they both die, as we know they will. Beth passes peacefully after a long illness, as if by divine permission. Milla, on the other hand, dies in what feels almost like a cruel twist. “That’s the thing about cancer, it just creeps up on you,” says Scanlen.

Scanlen clearly relishes challenging her viewers. Her gloriously grim turn alongside Amy Adams as a wayward teen in HBO’s Sharp Objects marked her major TV debut, a milestone coup which coincided with Scanlen’s graduation from high school. “There’s a thing in Australia called ‘schoolies’,” she says. “It’s a week off where you usually travel and drink excessive amounts to celebrate the end of high school. That was directly before my screen test – with Amy herself! I went to Queensland, did schoolies with all of my friends and drank underage, as you do, and came out of it with laryngitis. But by the time I got to the audition, it had upgraded to a sexy and husky voice, so I was all good.”

“In getting sick at such a young age, (Little Women’s) Beth never loses what it’s like to be a kid. She finds solace in her reality. (But Milla from Babyteeth) wants to be playful, not to be defined by her illness” – Eliza Scanlen

When we meet, Scanlen has a day off from her Broadway role as Mayella Ewell, a young woman in the Depression-era south who falsely accuses a black man of rape, in Aaron Sorkin’s adaptation of To Kill a Mockingbird. It’s another role which arose through fateful connections. “When we were shooting Little Women I told Greta I wanted to do theatre and she said, ‘That’s such a great idea,’” Scanlen recalls. “Funnily enough, To Kill a Mockingbird was recasting and they still hadn’t found a Mayella. I sent through a self-tape. (Producer) Scott Rudin emailed Greta and asked if I was good to work with and thankfully Greta sent her praise – a week later, I found out that I had the job.”

Next, Scanlen plays another ostracised teen in Antonio Campos’ The Devil all the Time, starring alongside Tom Holland and Robert Pattinson. It was while on set for the noir thriller that she got the idea for her own short film, Mukbang, which explores sexual exhibitionism through the lens of Korean food videos. “I asked (Campos) about how to make a short film – how to dive into it. He said that it usually takes him around a month – beyond that is wasting time, essentially – and that you are bound to fail in some way,” she recalls. “It’s something I wasn’t going to accept until I jumped headfirst into the experience.”

A few days after our interview, a Little Women mini-reunion of sorts takes place at a Mockingbird matinee. Scanlen’s Mayella is fascinating – a cornered animal compelling a mixture of repulsion and pity in the viewer. Also watching are Ronan, Gerwig and Dern, low-key but recognisable among the audience. The impromptu showing of female alliance, between directors and actors and, in Scanlen’s case, future actor-directors, is heartening, especially when great filmmaking by women is still coming up short-handed during awards season. But women persist – and when the time comes to inherit that torch, Eliza Scanlen is ready to grab it with both hands.

Babyteeth is in UK cinemas now