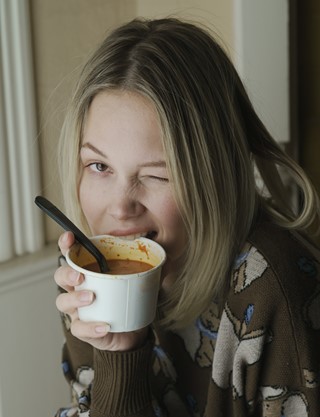 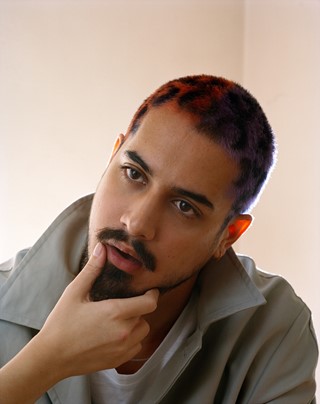 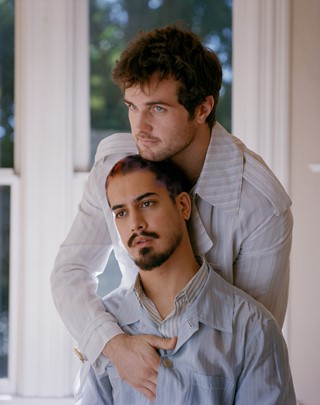 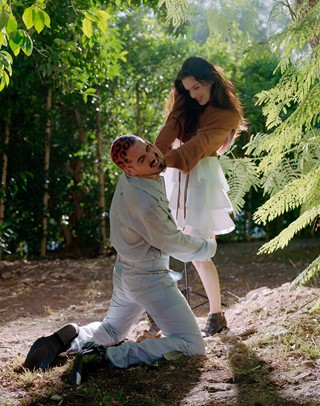 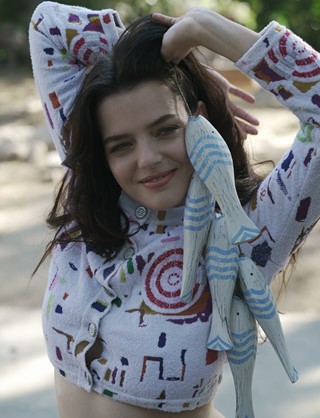 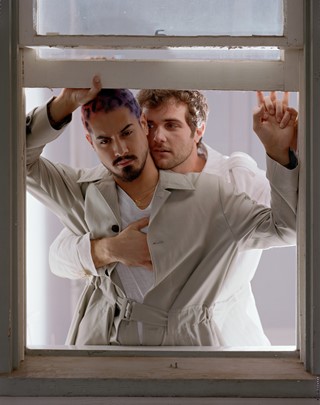 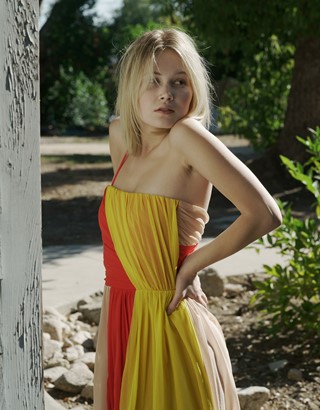 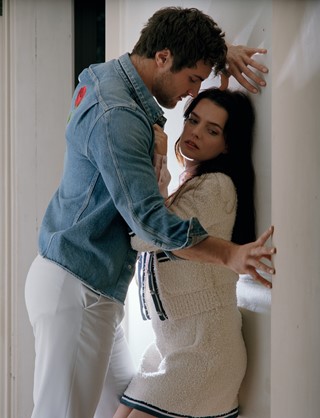 Taken from the spring 2019 issue of Dazed. You can buy a copy of our latest issue here.

The conversation that follows is a discussion between the stars of Now Apocalypse. Lead Avan Jogia (Ulysses) is the now leopard-printed star who made his name on Nickelodeon sitcom Victorious, currently planning to direct his first feature-length film and release a book of poetry. Kelli Berglund is the Disney queen-turned-screen-dominatrix who plays Carly, Ulysses’ cynical best friend. Beau Mirchoff, best known for his role in Awkward, is Ford, a hunk-meets-wannabe screenwriter and the “dumb friend” (his words, not ours). And Roxane Mesquida, the French actress you might remember as the evil lesbian witch in Kaboom, here stars as Severine, an equally mysterious scientist and determined polyamory advocate.

What is it about Gregg’s movies that speaks so directly to the experience of being young?

Avan Jogia: They have a brutal adolescence which I really enjoy. There’s this sense, I think, of a young perspective on the idea that the world is full of insanity. When I watched his films for the first time, they gave me the sense that all these magical, insane things that I thought might be going on really were going on, you know what I mean? I’ve always thought that was cool – I grew up thinking he was an incredible filmmaker.

Beau Mirchoff: He’s really able to capture that, especially as someone who’s not a Gen-Xer – I don’t know exactly how he did it, but he seemed to have his finger on Generation X’s pulse. I mean, I auditioned for Gregg Araki projects previously and it never went anywhere, so I wasn’t holding my breath for this audition. He honestly seemed very indifferent to me – like, I had these big scenes that were quite boisterous and it was a really small room and he just gave no indication of emotion. Then I get a call a few weeks later, like, ‘Oh yeah, you’re the top choice for Now Apocalypse,’ and I’m like, ‘Huh?’

Roxane, you worked with Gregg before on Kaboom, right? Its funny how he keeps casting you as these sexy but slightly evil-seeming women with ulterior motives...

Roxane Mesquida: I guess that’s the way he sees French people! He’s always telling me, ‘You’re so French, you’re so French.’ And he told me he wrote the character thinking of me and I was like, I don’t know if that’s a compliment actually (laughs), because she’s so mean and cold! I always feel like I have to apologise for French people.

Can you see a thread between your characters and previous characters from Gregg’s world?

Avan Jogia: I feel like Ulysses is a future echo of Dark, from Nowhere – (but also) an echo of a lot of his characters. This sense of impending doom, this dread, the constant drums of paranoia, always beating in the back of his head. At the end of the day I think Ulysses is just somebody looking for love in the modern era, and because he’s high all the time it all starts to blur. I love the idea that we’re not sure exactly which parts of what he’s seeing are true or not true.

Beau Mirchoff: Yeah, absolutely. And in this show in particular the women are the more badass, stronger characters, and the men in the show are not that. It’s interesting...

Kelli Burglund: We talked about this, actually. It’s funny. The female characters in the show are badass and the boys are little weaklings, trying to figure out what the heck they wanna do. (Like) in the sex scenes; there’s an episode where I sensual-waterboard (my boyfriend) – it sounds insane and it is insane! I had to actually put a pillowcase on his face and dump water on it, and make it look like he wasn’t breathing. And Gregg would be like, ‘More water! Hold the pillowcase down longer!’

Do you feel the show somehow ref lects how our generation has inherited quite a fucked-up world that seems difficult to live in?

Beau Mirchoff: Yeah, it does. I like how it’s set in Los Angeles; I think it helps create a feeling of distance and isolation which is effective. LA can be very isolating, especially when you’re in that interlude phase of your mid-to-late 20s.

Avan Jogia: We all feel this sense of impending doom and I think that’s reflected in the show. But at the same time, I think Gregg built a concept of – or at least had a hand in (creating) – what (we now think of as) being a millennial. (His films are) like building blocks – you know, the subtlety and nuances in sexuality and relationships that are now considered to be a millennial construct. We forget that there have been multiple pioneers of that, like Gregg.

Some shows use their queer sensibility as a marketing exercise, just because there are queer characters – it feels like Gregg and the show doesn’t need to shout about that, because it’s always been there.

Avan Jogia: If Gregg tried to do a show like this in the 90s or early 2000s, they’d pull it apart and try to remould his style: market it, make it more palatable. The lucky thing about the TV industry of today is that people are taking chances and just letting visionaries kind of do their thing.

Roxane Mesquida: It’s not like sex is the subject of the show, either. It’s not about, ‘Oh my God, two men are having sex together and they feel awkward about it.’ Everything is totally natural. It’s more interesting when (sex) is just a part of it, and you don’t have to explain everything.

That’s another thing some television shows get wrong – they make phones seem like tools, like additions, when in truth technology is much more closely intertwined with our lives than that.

Avan Jogia: I think the show is really real (in its) reflection on apps,  and on dating in the technological age – you know, we’re like ten years on the iPhone now.

Kelli Berglund: The cam-girl work is a huge part of Carly’s character, too. (It’s this) weird little outlet that nobody knows about, where she can sort of be free. When you’re filming with Gregg doing scenes like that you feel so comfortable. I mean, a lot of his films have very sexual situations, and I knew that going into it.

Beau Mirchoff: It’s funny when it becomes so normal. I remember we were shooting a sex party scene. It’s, like, three in the morning, everyone’s standing around naked, and it’s just not sexual in the slightest. Everyone just wants to sleep and it’s like, ‘Oh we’re all standing here naked, this is interesting. This is a weird world we’re living in.’

Avan, I have to ask – the leopard-print and the two colours, what’s going on?

Avan Jogia: I was watching An American Werewolf in London, have you ever seen that movie? It’s hilarious, it’s just farcical. (There’s a scene) on the London Underground – it’s set in the middle of, like, 1980-something – and there are these punk extras who are messing with the lead. Back-in-the-day punks, you know, not like fashion punks. One of the guys has this two-tone dyed leopard-print hair and I was like, ‘That is awesome. That’s the fucking coolest thing I’ve ever seen.’ So I just took a photo to a friend and was like, ‘Can you do this?’ and she was like, ‘Yeah, absolutely.’ It took, like, 12 hours – we used celery sticks to stamp in the shape of the cheetah-print.

Amazing. So – the world is going to end tomorrow. What do you do today?

Kelli Berglund: I could try to do some crazy shit but to be at peace I would probably just get my loved ones over to my house and host dinner and watch a movie. Probably a frickin’ Christmas movie. (laughs) I’m not even kidding. Rudolph the Red Nosed Reindeer – the one from the 60s, the weird animated one.