With all of the show’s quirks and the characters’ flaws, this Netflix show plays with the notion of reality 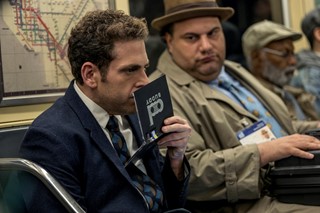 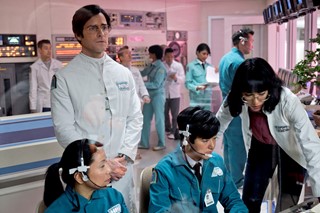 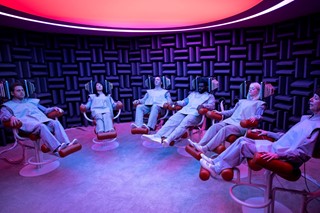 What’s a more attractive proposition than a magic pill that can solve all problems of the mind? Whether that’s anxiety, a bad habit, procrastination, or heartbreak, “it doesn’t matter,” says Justin Theroux, in his role as Dr James K. Mantleray, speaking from a sterile lab. “We can fix you.” The plot of Maniac, Netflix’s new surreal black comedy, follows two damaged protagonists, Owen Milgrim (Jonah Hill) and Annie Landsberg (Emma Stone), as they take part in this magic drug’s clinical trial.

Most people, you could assume, would be lying if they said they hadn’t wished for a quick fix for at least one of the above once in their life. Yet, when asked what problems he’d use the pill to solve, Maniac’s director Cary Fukunaga smirks. “I'm pretty content with my dysfunction,” he says. “I've always been that way. When I was in college, people used to do lines of Ritalin to write papers. I let them do that and I struggled on writing my shitty paper.” This is the ethos that underpins the series, which is ambitious in its unrelenting peculiarity.

The show is “pretty confusing”, by Fukunaga’s own admission, but in an attempt at summary: throughout the ten episodes, you’re forced to acquaint yourself with a new normal with each instalment. Owen and Annie’s bodies mostly lay dormant, but their consciousnesses race through an eclectic mix of time periods and locations in elaborate delusions and dreams. But even in their ‘real’ world (or “base reality”), everything is a little… off. While the series traverses the vast space of the mind, Dazed meets the cast and crew in far more regular circumstances – the Corinthia hotel in Westminster – to unpick the the series.

“It’s set in a retro future, so all the technology looks like we made a departure somewhere in the 80s,” Fukunaga explains. It’s a warped vision that comes straight from the minds of esteemed novelist Patrick Somerville, and Fukunaga, who wrote the latest IT film, and is most-known for his award winning stint directing the first season of True Detective.

Fukunaga says he and Somerville would speak for hours on the phone, fretting over the minute details of creating a vivid alternate reality. “There's lots of little things that are like placed in the background. It's purposeful and planned,” he explains. The consequence is that, as a viewer, you’re never quite at ease, because if you’re not focussed you could miss something vital. It’s difficult not to get distracted by the dialogue between two characters when you notice there’s a little poop-scooping bot picking up dog droppings in the background, or when you overhear a tour guide pointing to New York’s famous monument, “the Statue of Extra Liberty”. In that way, the audience is made to feels like Owen mid-psychosis, trying to figure out what is real, normal, and right. And it makes for gripping viewing.

Superbad alumni Emma Stone and Jonah Hill star alongside each other for the first time since the 00s comedy. Stone is as awkward and funny as you’d expect in person, but her performance in the series is a major deviation from her normal roles. Annie has been abusing a drug that makes you revisit your most traumatic memories. She spends some of her first moments on screen threatening to hurt a woman’s children if she doesn’t get her hands on what she needs.

The same can be said for Hill, usually a charismatic on-screen funny man who, in Maniac, is reduced to a timid and uneasy late bloomer. Owen’s character’s psychosis leads him to become obsessed with patterns, and he feels harassed by a fictional man that tells him that following the pattern will save the planet. It’s brave to cast two well-known funny people and make them miserable, but Somerville says the decision to make them veer away from their roster was intentional, as everyone wanted “that feeling of newness”. As such, both actors essentially play a different character each episode, as they work through the dream-like narratives to unpack their trauma. “That was the fun of it,” says Stone, “going deeper into a character and having that be represented through five different people with Annie lying underneath all of them dormant.” It also goes some way towards making you accept that if you want to engage with Maniac, you need to be willing to accept a new normal.

The expansive storyline covers grief and mental health, as well as the relationship between humans and technology. Unlike other Netflix shows, like Insatiable, She’s Gotta Have It, 13 Reasons Why, the mental health issues the characters face are secondary to the elaborate plots that take centre stage. Instead, the writers set themselves the difficult task of juxtaposing these issues with comedic surrealism. “We both immediately agreed that we couldn't base the humour of our show on the illness of our patients in the mental hospital,” Fukunaga explains. “We wanted to have a sense of compassion about that and base the humour on something more situational.” That’s why viewers watching the dramatic death of one of the doctor’s in the trial will laugh throughout the scene – Annie is preoccupied trying to find more drugs, while Owen tries to tell her how he feels like his whole family thinks he is a joke. It’s bizarre. “There's a lot of characters who give relief to the intensity of some of the themes that are in the show,” he adds.

Maniac feels like a challenge. Not just for the cast and crew, but for the audience, who are constantly told to strive for normality and perfection in their own lives, and might not always pay attention to the quirks that make them unique. The show puts the dysfunction of the human condition under such a magnifying glass that, watching it, you might begin to question whether our individual quests for normality are ultimately futile. Everyone has their quirks and faults. Which brings us back to the idea of the magic pill. “Hopefully what comes out of the show is the idea of – do problems need fixing?” concludes Somerville. “Maybe that shouldn’t be what people focus on in the first place.”