...and more fashion news you missed 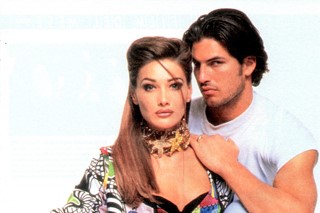 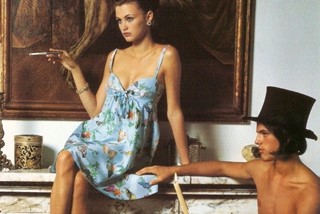 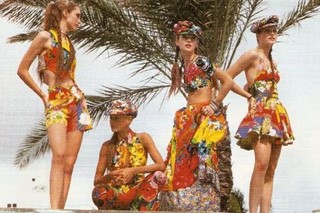 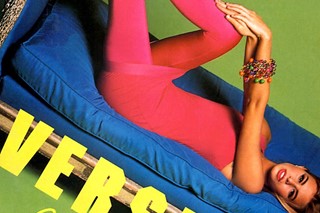 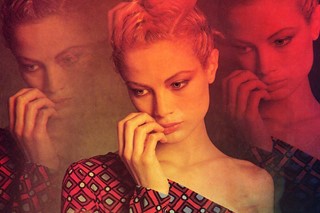 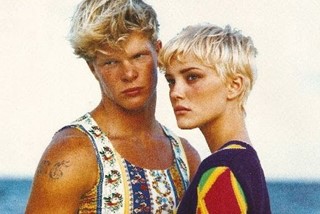 The operatic life story of Gianni Versace is one that even Ryan Murphy would struggle to cook up. Born to a dressmaker in Reggio Calabria and murdered on the steps of his Miami mansion, the genius designer laid the blueprint for modern fashion. In his flirtations with S&M, metal mesh, brash Rococo prints, and Warholian showpieces, he was as innovative and revolutionary as Coco Chanel and Cristóbal Balenciaga – but it was his commingling of fashion and pop culture that really changed how things were done. Now, in a travelling exhibition that has so far spanned Berlin and Borås, the clothes, the myth, and the legend of Versace arrives in the Netherlands.

The show traces Versace’s career from 1989 to 1997, bringing together his most infamous runway looks, sketches, and interior designs. With archival footage and rare imagery, Gianni Versace: Retrospective proves just how far the designer transformed haughty couture salons into a global circus, lining his front rows with the likes of Prince, Madonna, and Tupac. And then there were the supermodels – Naomi, Christy Turlington, Linda Evangelista, and Cindy Crawford – who formed a traffic-stopping pantheon both on the runway and in legendary advertising campaigns shot by Richard Avedon and Steven Meisel. The exhibition opens on December 3 and runs until May 7 next year at the Groninger Museum in Groningen.

THE WOOLMARK PRIZE CHATS UP ITS NEXT WINNERS

This week, the final nominees for the 2023 Woolmark Prize were announced, including A Roege Hove from Denmark, Bluemarble from France, Lagos Space Programme from Nigeria, Marco Rambaldi from Italy, Maxxij from South Korea, Paolina Russo from the UK, Rhude from the USA, and Robyn Lynch from Ireland. As is the case every year, designers will be challenged to create a capsule collection, this time based on the concept of “dialogue.”

As part of the label’s 70th anniversary, Pharrell Williams has collaborated with Moncler on its signature Maya jacket. Moulded from polymeric material and dotted with the Moncler logo, the jacket is fronted by Tobe Nwigwe in an accompanying campaign. “He’s the only person I know that could rock a rubber jacket and make it look even better,” Williams said. Following on from Pierpaolo Piccioli’s reinterpretation, this will be the final iteration in the bday series, and launches tomorrow. Head here to see more.

It’s no coincidence that, on the same week as Black Friday, Vestiaire Collective decided to ban fast fashion from its website. That a platform dedicated to recycling and rewearing clothing should send more stuff to landfill may seem counterintuitive, but the company says it is committed to finding and promoting practical solutions for the fast fashion items that its members already have. Read more about that here.

Kaia Gerber stars in Alexander McQueen’s new campaign, which is dedicated to its Slash bag. The whole thing explores the longstanding tension between humankind and technology – which was a driving force of the late Lee McQueen’s approach to design – in a video directed by Glen Luchford. In it, Gerber caresses her robot clone and cries, before running off into the distance with a little clutch. Watch the video here.

Chanel’s SS23 Cruise collection has now landed in boutiques. Originally staged at the Monte-Carlo Beach Hotel back in May, an accompanying campaign has been shot by Sofia and Roman Coppola, weaving together runway and BTS footage into an imagined narrative of a very glamorous travel diary. Soundtracked by “Slave to Love” by Bryan Ferry and Phoenix’s “Rally” it stars French actress Lyna Khoudri. Watch more of that here.

This week, Yung Lean turned his hand back to fashion design, with his Leanland collection. Comprising an all-over printed t-shirt, a reversible beanie, an embroidered short sleeve polo, boxing shorts, and a towel pack, the collection is emblazoned with collages of Yung Lean and Otis Huss Lindström’s personal artwork and imagery. Head over here to see more.

PATTA AND TOMMY HILFIGER GET MUSICAL

Ahead of their upcoming collaboration, Tommy Hilfiger and Patta have launched a music video starring Wiki and MIKE for a one-off track produced by The Alchemist. Shot in New York, “One More” travels back to the birthplace of hip hop, showcasing key pieces from the Patta x Tommy collection. 90s fit t-shirts, rugby polos, hoodies, sweatshirts, and varsity jackets make up a supporting cast, while the accompanying vinyl features two additional tracks. Watch it here.

Is Manchester becoming a fashion capital? Not long after Haider Ackermann and Fila debuted their collaborative collection in the city, adidas staged an exhibition with END. that traced the history of the football boot. From David Beckham to Zinedine Zidane, the show mines the brand’s Spezial archives, dredging up unreleased samples, working prototypes, and a preview of its pre-spring 23 collection. The exhibition runs until November 27 in Circle Square, see more here.