Spoiler: drainpipes are over 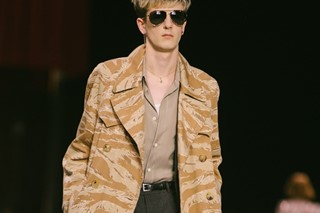 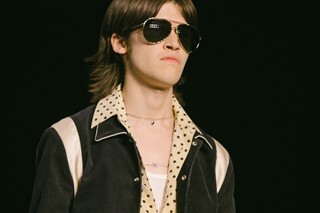 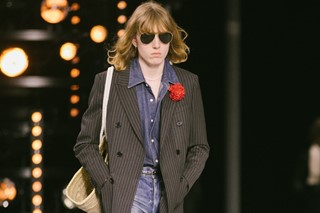 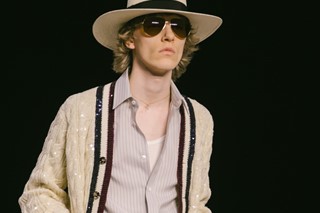 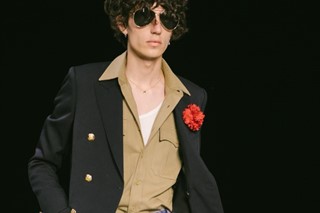 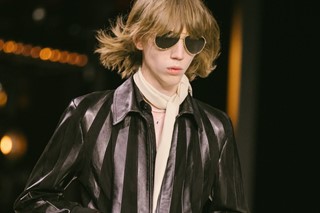 Following a day which saw designer Matthew Williams’ wife and business partner Jennifer take to the runway at Alyx, Ludovic de Saint Sernin throw a sexy (duh!) pool party, and the one and only Ms. Solange Knowles shut down Kenzo, tonight it’s up to Hedi Slimane to draw the Paris menswear season to a close at Celine. Missed the show? Don’t worry – we’ve got you. Here’s what went down.

IT WAS BACK AT LES INVALIDES

Slimane’s love affair with iconic Paris landmark Dôme des Invalides shows no sign of abating. Tonight, we were back there for the third time since the designer made his debut at Celine two seasons ago. Typically, the space felt pretty dark and stripped back – at least until things kicked off.

THERE WAS ANOTHER BIG OPENING MOMENT

Once all attendees had taken their seats, the space suddenly went black, before the lights flashed back on and a big red curtained box began moving down the runway. As it went, the curtain raised, revealing a model sat inside a structure lit with flashing bulbs. Halfway down, he stood up, got out, and began walking instead. The box was moving pretty slowly tbh, and seemingly Slimane’s boys have got places to be.

AND A COLLABORATION WITH DAVID KRAMER

...which was hinted at in the days leading up to the show on the Celine IG. Reading things like ‘Yesterday was better’, ’Downhill from here’, ‘...I am still waiting on my Hollywood ending’, and ‘There is no irony here’, a number of the slogans also appeared emblazoned on items throughout the collection.

BIG NEWS: DRAINPIPES ARE OUT

We know, we know – we’re as shocked as you are. Next season’s collection had a distinctly 70s feel to it, with slim-cut blazers layered over deeply unbuttoned shirts, chunky varsity-style cardigans, and boxy leather jackets paired with denim, leather, and wool flares. Looks were finished with aviator shades, heeled boots, and a mop of shaggy hair.

Do you ever get a business casual invitation and think, ‘What does that even MEAN?’ Well dw, Hedi’s got you. The designer sent out looks that combined jeans with button up shirts, ties, and blazers. So wrong, yet somehow, so right.

THE SOUNDTRACK WAS SPECIALLY MADE FOR THE SHOW

Written, composed, recorded, and mixed by Bodega – a Brooklyn art rock five piece dubbed Bushwick’s favourite band by the Village Voice. Has Hedi been digging through rails at Beacon’s Closet or catching shows at Secret Project Robot? Who knows, but the track was great.