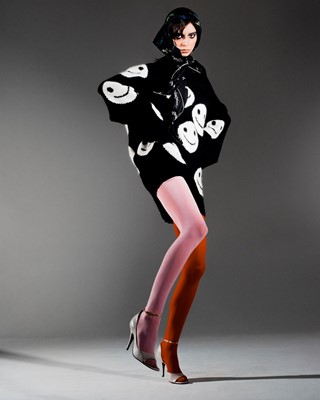 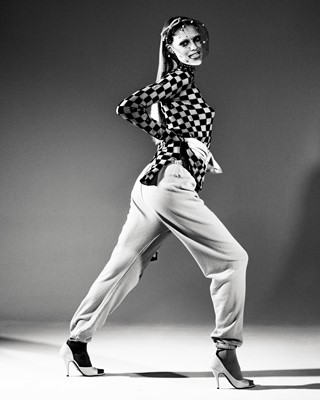 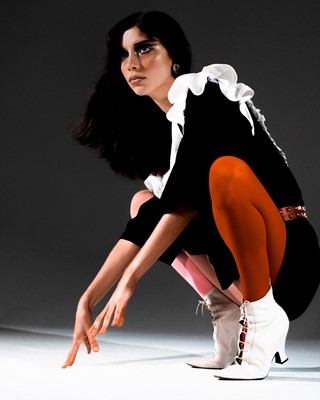 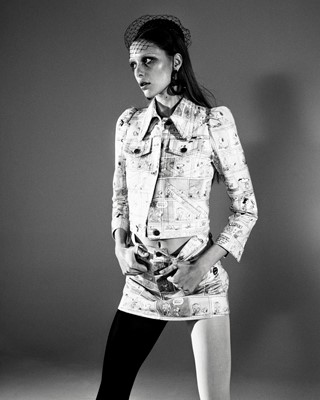 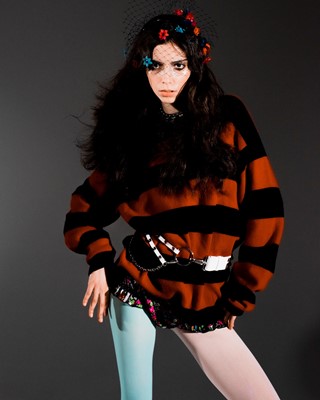 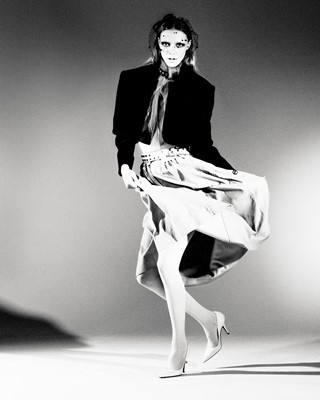 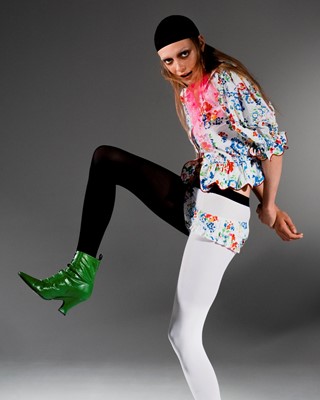 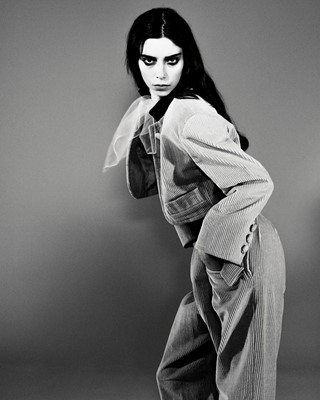 Marc Jacobs is sitting in the showroom of his Spring Street offices in New York, vaping, and thinking about something which, for almost four decades, has been a hallmark of his work. “I like something old, something new, something borrowed,” Jacobs says with his natural effervescence. “A mix: high and low – when people with style don’t dress head-to-toe off a runway, they incorporate pieces that work for them into their own language and tell their own story with their clothes.”

It’s a sensibility that has inspired and guided the designer throughout his career, perhaps most notably in the controversial (and recently reissued) SS93 grunge collection for Perry Ellis that put him on the map – and got him fired. Inspired by what he saw on the street, the designer took a $2 thrifted shirt and had it remade in $300-a-yard silk, before hitting up Converse to make Duchesse satin sneakers. “I grew up in a time when young people wore bits of army surplus like thermals and t-shirts, went to vintage stores and had one or two pieces of designer clothing if they could afford them by saving money,” he surmises of his approach.

Reminder: this was decades before must-have $900 trainers, back when the idea of high-end casual was still a novelty – a notion Jacobs took to new levels when he introduced Marc by Marc Jacobs for SS01. At the time, he was setting trends both at his own label and Louis Vuitton – where he went on to introduce ready-to-wear in 1997 – and getting promptly ripped off in the process. With a debut collection featuring girlish rainbow glitter belts and plastic cherry hair ties alongside military-esque button downs, smartly tailored blazers, and denim mini skirts, the new, lower-priced MBMJ elevated the ordinary, putting youthful fun and irreverence firmly on the NYFW runway.

Now, four years after the beloved line was discontinued, the designer today launches THE Marc Jacobs, a new range for pre-AW19. Where MBMJ – designed between 2013 and 2015 by Brits Luella Bartley and Katie Hillier – had its own fashion shows and a different identity to the main line, THE Marc Jacobs is designed to maintain the one-brand concept for the fashion house, to complement the runway collection rather than be separate from it.

Evoking the high of discovering some hidden treasure at a vintage store (at a more purse-friendly price than the designer’s runway collection), the line introduces “M-Archives” – the return of classic pieces drawn from Jacobs’ archive; “Trade-Marc”, a delicious smattering of specialty items including everything from stickers, iron-on patches, and key rings, to socks, caps, and baseball jerseys; and a series of collaborative collections created with friends including Stephen Jones, Juergen Teller, Sofia Coppola, graphic artist Milton Glaser, Peanuts, and brands like Liberty and Schott.

“We put up items I have consistently gone back to, like the grunge sweater, the thermal, the flared corduroy jean,” the designer explains. “We listed them on cards as ‘the item’ – so we just thought, let’s call it ‘THE Marc Jacobs’.” From The Cashmere Hoodie to The Prairie Dress, each item is thoughtfully chosen from Jacobs’ prior collections, and presented alongside tributes to treasured finds discovered in thrift stores, flea markets, and vintage shops over the years. The story for each item is written out on the tag, letting the wearer in on the history.

“I like something old, something new, something borrowed. A mix: high and low – when people with style don’t dress head-to-toe off a runway, they incorporate pieces that work for them into their own language and tell their own story with their clothes” – Marc Jacobs

As for the collabs, “it really began with Olympia Le-Tan bringing in a vintage Peanuts sweatshirt,” Jacobs says, referring to the famous cartoon. “It was a 60s or early 70s one, and it was worn, torn, and shredded. It had the original graphics. This was the real deal sweatshirt, and everybody was like ‘I used to have that’ or ‘I want that’ or ‘I would wear that!”

Piece by piece, THE Marc Jacobs was built as an ever-evolving celebration of moments in fashion and pop culture. A love of the label’s unmistakable birthplace finds its outlet in the New York magazine collab – which integrates Milton Glaser’s iconic cursive logo design onto hotel style slides, handbags, and nameplate jewellery. And then there’s the collaboration created with the brand’s perhaps most well-known and longstanding muse, Sofia Coppola. “She’s always been very close to me, a great, inspiring friend – and probably has the biggest collection of Marc Jacobs clothes throughout the decades, so we asked her to participate in this new line,” Jacobs explains.

Coppola – who was famously captured by Juergen Teller taking a swim for Jacobs’ Daisy campaign – has been invited to come in each season to share her favourite piece (dubbed “Sofia Loves”), giving her personal and informed take on “THE” must-have items for now. It’s an extension of a conversation the designer and director have been having for years.

It hasn’t all been the smoothest sailing – the first images of THE Marc Jacobs, shot by Hugo Scott and styled by Lotta Volkova, leaked on Instagram several months back. In a way, you could argue that this is good press – after all, a recent Business of Fashion report posited that the app is 65 per cent of a fashion show’s raison d’ être. “Sixty-five per cent of life is now for Instagram,” Jacobs wryly observes in response. “People go out to dinner so they can photograph their food. People do things with their friends so they can have that selfie moment. I don’t know that it’s just exclusively fashion.”

“Your phone, your laptop, your computer, they are just a tool,” Jacobs continues. “They can be used for good or they can be used for not so good. One can waste time and go into an Instagram void because you are just procrastinating, or one can use it to do research, to reach people, to communicate, to actually learn. Ultimately, we are responsible for how we use these things and what we do with them.”

While Jacobs was once famous for being anti-social media, he’s now come full circle: “My relationship with Instagram was very arbitrary – I was hating it until I loved it,” he explains. It’s also a happy coincidence that THE Marc Jacobs doubles as his personal handle on Instagram, where his #nofilter approach makes him one of fashion’s must-follow personalities.

But while a treasure trove of archive pictures from his career (in a Louis Vuitton cap, or snuggling in bed with Sofia) are only a few taps away, Jacobs is not just about nostalgia. Though the grunge collection and classic pieces from his LV days – like the Stephen Sprouse graffiti from 2001, or those Murakami monograms, debuted for SS03 – have come full circle, the designer avoids slipping into the quicksand of a #TBT and being swallowed whole by the glories of the past. Instead, he smartly investigates history and pays it forward to where we are now – creating something new and altogether different for 2019. THE Marc Jacobs is proof of that.