Martine Rose is probably the best designer in the world. At least, that’s what she likes to write across her t-shirts. “It’s good to poke fun at yourself,” she says, sitting in her studio in north London. “If you have a sense of humour, you can get away with a hell of a lot more.”

Rose’s innate eye for countercultural history has always conjured an eclectic world: lads in footie shirts lounging on sofas surrounded by rave flyers, city slickers marching to work in oversized power suits, or waifish boys straight out of a James Bidgood queer fantasia. But her new collaboration with Nike has presented a whole new paradigm of masculinity to pick apart: basketball players. “I became obsessed,” she says. “Athletes in general develop really interesting proportions, but basketballers have that superhuman scale. It’s so odd when you see them in civilian clothes.” Digging through the Nike archives, Rose tried XXL basketball gear on for size and translated the bulky shapes into tracksuits, while moulds of athletes’ warped feet inspired a range of glossy, bulging, almost-extraterrestrial sneakers.

Naomi Osaka: ’Being unique is my strength’At just 24 she’s won four Grand Slams, lit the Olympic torch, and changed the way we talk about mental health in sport forever. Hitting back against her critics, Naomi Osaka reflects on the quest for self- worth that transcends trophies
Martine Rose — winter 20187 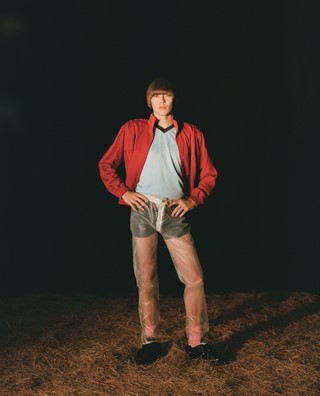 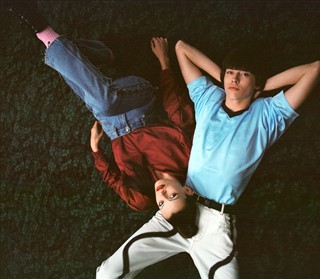 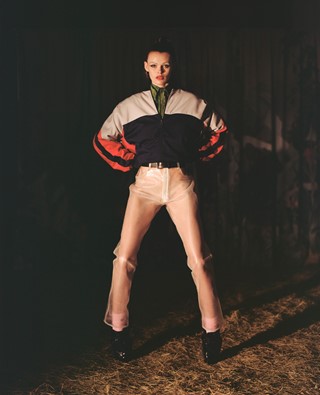 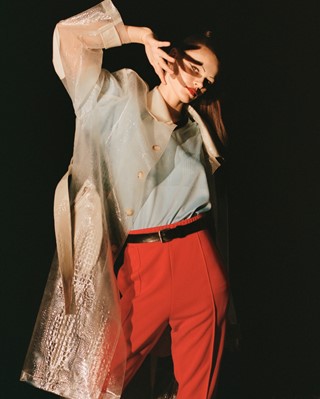 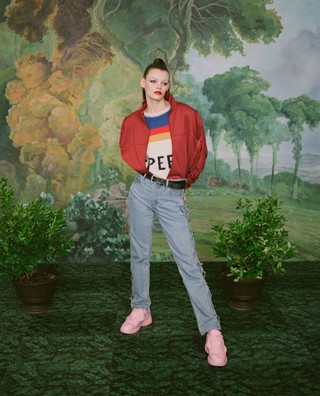 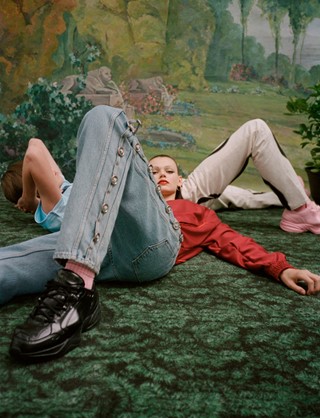 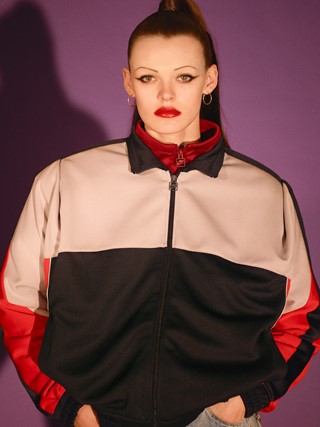 With her sideways take on menswear – clashing cultures and stretching sizes to extreme proportions – the designer has created a space in which she can continue to surprise. She may be the best designer in the world, but she is also, frequently, the first. She was (probably) the first to stage a show in a cul-de-sac in Camden, and certainly the first to put a runway in the middle of a climbing centre. In keeping with her spirit of spontaneity, here, Rose reveals the firsts that have shaped her work, and continue to power her truly unpredictable creativity. To paraphrase another great British eccentric: does Martine remember the first time?

Who was your first childhood love?

Martine Rose: I remember being ten years old and obsessed with my cousin’s husband’s cousin – it sounds weird, I know, but we weren’t actually related. His mum was friends with Neneh Cherry, and there’s a picture of me at his house with Neneh; she was about 19 at the time and totally gorgeous. His name was Shallah – his mum was a rasta so he and all his siblings were named after the tribes of Israel. It was my first kiss but I didn’t know what to do, so I just blew into his mouth. He must have thought, ‘What the hell is this?’

What was your first job?

Martine Rose: It was fucking awful: I sold cruises to pensioners. It was like The Office, with that same feeling of intense claustrophobia and mild depression. I used to show up to the industrial estate wearing combat trousers, Buffalo boots and whatever nuts top I was into at the time – obviously, I stuck out like a sore thumb. I used to phone up and say, ‘Can I speak to Fred, please?’ Then they’d reply, ‘Fred died last week,’ and I would have to respond, ‘OK, would you be interested in going to Bermuda?’ I was saving up to go on a kibbutz, so I just had to focus on that. It was grim.

Was there a specific moment where you remember falling in love with fashion?

Martine Rose: It was always in the context of music. My cousin, Darren, would go to Camden Palace on Saturday night, then on Sunday everyone would congregate on Clapham Common nursing their comedowns. It was like a little carnival every week, but because it was in a park I could go. I ended up being at this bizarre day rave where everyone was still off their faces – I must have been about nine, but weirdly my cousin didn’t mind me hanging around and my nan actually used to take me. She would sit down on a blanket and watch everyone, then I would toddle off with my cousin and dance. I remember this guy who was definitely… altered, shall we say. He was just wearing a crazy look, rave gear – this patterned baggy tee and tracksuit bottoms, vaguely hippie. His hair was knotted up and he had these gold teeth. I thought he looked so impressive. It wasn’t a eureka fashion moment, but it certainly grabbed my attention.

Do you remember the first outfit that you designed?

Martine Rose: I do, actually. It was at fashion college. I wasn’t the kind of kid who made outfits for their dolls; I didn’t really know I wanted to be a designer until fairly late. Up until finishing my foundation course I was still toying with the idea of being an artist or a sculptor, so I started designing during my first term at Middlesex, and let me tell you, it was quite a look – ha! There were jeans with gold leaf up the inner thigh, (and) a felted top that had jewellery embedded in it. It was very ambitious. The jeans actually got nicked, which I was flattered by. I was impressed that someone was actually going to fucking wear them! I never saw anyone out and about in them, though. Maybe they didn’t have the balls. Thinking about it, it actually looked quite rude with the gold all over the crotch and down the legs. You can use your imagination.

“You always think someone’s gonna come up to you and say, ‘What are you doing here? How have you got away with this shit for so long?’” – Martine Rose

How were you introduced to the various underground music scenes happening in London back then?

Martine Rose: It’s funny, because a video recently turned up of my sister in Jamaica. My brother found it and sent it on the family group chat, saying, ‘Michelle, is that you?’ My sister had no idea it existed, but it was her – she was backstage at Reggae Sunsplash chatting with John Holt and Dennis Brown. It brought back all these memories for me. I had the whole rave thing going on with Darren, but my sister was really into the reggae scene and I remember her taking me to Dennis Brown’s house in London. He gave me a glass of orange juice. She used to take me to their recording studios. I was in one of Freddie McGregor’s music videos; I was immersed in all of these totally different scenes. It was such a mish-mash, but the incredible thing was that I was so small – my sister was years older than me, so she was like a younger, cooler mum. I can’t believe she took me everywhere; I must have been such a hindrance.

Do you remember your first time raving?

Martine Rose: We used to go to a night called Strawberry Sundae in Vauxhall. It was started by a homeless guy called Conan who used to sleep there. I guess it started out as a community thing, but then it grew and grew and he finally managed to get a licence. Before it was legal, it was round the back of the arches, and obviously they didn’t give a shit what age you were; there wasn’t any proper security. So I had my 14th birthday party in there and it was mental: it was a techno night with a crazy cyberpunk vibe. I remember it being just mindblowing, but I had also done quite a bit of speed.

Have you ever shed tears on the dancefloor?

Martine Rose: Oh yeah, I’ve definitely cried on the dancefloor, mainly for the sheer emotion of the moment. One that sticks out from a few years ago was being at Plastic People and dancing away. It was really dark and everyone was in the zone and my friend Acyde was playing. Suddenly he put on Tracy Chapman’s ‘Fast Car’: it was so perfect for absolutely no reason. It was completely out of context, but it’s such a beautiful song. I wasn’t alone, but I had that feeling of listening to it for the first time on my headphones. It was a real moment, and I cried.

When you start work on a collection, does it still feel like the first time?

Martine Rose: No, it doesn’t… Or does it? There is a moment of panic when you feel lost, then there’s excitement when you know you’ve got it. It doesn’t get less stressful, however many times you do it. It always feels like a fluke. You ask yourself, ‘Was it that good or was it just a one-off?’ I feel like that’s the human condition, though: you always think someone’s gonna come up to you and say, ‘What are you doing here? How have you got away with this shit for so long?’ I feel like I’m going to get rumbled at any moment, always. That feeling never goes away.