As Saint Laurent returns for Paris Fashion Week today, Anthony Vaccarello ruminates on the boundary-pushing freedoms at the heart of the label, and going hell-for-leather for his debut menswear show

Taken from the autumn/winter 2018 issue of Dazed. You can buy a copy of our latest issue here.

There’s something slightly incongruous – paradoxical, even – about meeting the designer Anthony Vaccarello. His shows for Saint Laurent are big, loud and bold – klieg lights swinging, music pumping, the Eiffel Tower suddenly, synchronically, exploding into a billion glittering lights as backdrop to high-octane, high-fashion experiences. The aforementioned man himself is quiet, controlled, reserved. Shy, even. “I prefer the collection to talk on my behalf,” he says, in a heavy but soft accent, blurry and tinged with the sound of his native Belgium and adopted Paris. “Everyone has to be able to appreciate it, or not, without a word.”

Naomi Osaka: ’Being unique is my strength’At just 24 she’s won four Grand Slams, lit the Olympic torch, and changed the way we talk about mental health in sport forever. Hitting back against her critics, Naomi Osaka reflects on the quest for self- worth that transcends trophies
Saint Laurent — autumn/winter 20186 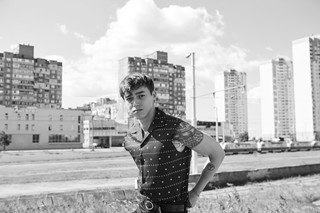 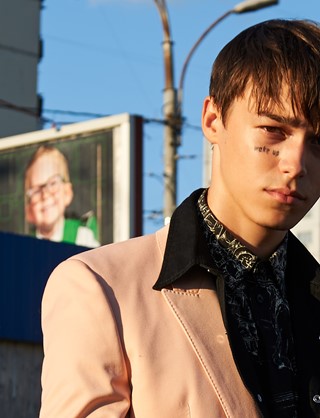 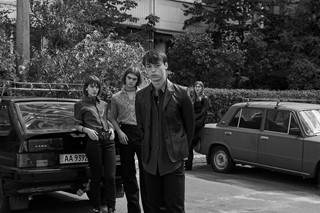 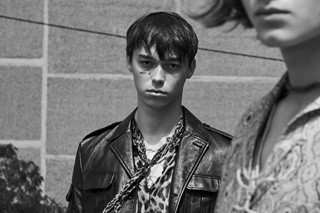 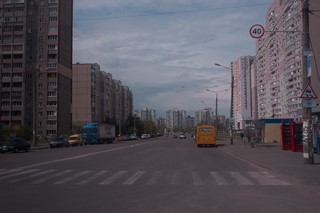 The latest big statement Anthony Vaccarello – or rather, his clothes – has made is about his menswear intentions for Saint Laurent. In New York, back in June, he staged a swaggering, confident show of his SS19 menswear collection in New Jersey’s Liberty State Park. It was a trek from Manhattan, but resulted in the illuminated skyline of New York City taking the place of the Eiffel Tower as the awe-inspiring backdrop. Saint Laurent may seem quintessentially French, but back in September 1978, the house made a splash in New York by launching their perfume Opium on a schooner named The Peking. Moored at the South Street Pier, it was kitted out with a giant buddha statue, five thousand cattleya orchids flown in especially from Hawaii and sails of gold lamé. In his diaries, Andy Warhol bemoaned that a business engagement in California (with contemporary art collector Marcia Weisman) “meant we’d be missing the big, glamorous YSL Opium party.” Almost 40 years later, the scene at Vaccarello’s Saint Laurent men’s debut was distinctly Warholian.

Debut is actually the wrong word, although this is the first stand-alone menswear show that Vaccarello has staged. Granted, he didn’t design menswear for his own namesake label, (which he closed in 2016 after his appointment as artistic director) but menswear has been integrated into Vaccarello’s Saint Laurent shows from the start. His first featured male model David Friend in a sheer black blouse and narrow cigarette-trousers, an echo of Vaccarello’s first Saint Laurent campaign, of writhing bare flesh shot in black and white by Collier Schorr and published the summer preceding his first show, before his Saint Laurent clothes had even been seen. If that look, like that campaign, was about a statement of aesthetic intent rather than actual clothes, his sophomore show introduced a more robust menswear offering. “They are always together – from my studio, where I fit both together, (to) the way they hang together in the stores,” says Vaccarello, of the mens and women’s aesthetic at Saint Laurent. “They are tied together, they live in each other.”

Historically, the importance of the house of Saint Laurent has been in precisely that fusion. Saint Laurent (the man) established Saint Laurent (the house) as the world leader in the sixties through the radical upheaval of borrowing menswear for women. Others had tried before, but Saint Laurent’s reworking of men’s safari jackets, trenches, pea-coats and his famous tuxedo – Le Smoking – are now seen as a seismic shift in 20th-century fashion.

“To be masculine and feminine (at) the same time is in the Saint Laurent DNA,” says Vaccarello today. “I know it’s not obvious when you look at my work, but I always start with the men’s silhouette before doing the collection. I have no idea where this strange thing comes from. I do it, even if I make a short dress. Men’s clothes are very important to me, sometimes even more for a woman than for a man. The Saint Laurent woman can borrow pieces from the men’s closet and vice versa. I really like that freedom, it’s modernity to me.”

Anthony Vaccarello is a modern designer: clued-in, honest, and young – which shouldn’t matter, but does. He is only the sixth name to head the house of Yves Saint Laurent, including the founder himself (and only counting Hedi Slimane once, although he first took the helm of the menswear in the late nineties). He is a slightly-built 36-year-old with a sparse beard and dark eyes. He’s half-Italian and half-Belgian, which is reflected in his clothing, with their odd, compelling mix of sensuality and intellectual rigour. “I have that cold structure and discipline, that Belgian way that Italian’s don’t have for sure,” he once told me. “But on the other hand, I have that love of the body and sensuality that Belgium doesn’t have at all. When I was at school at La Cambre it was always strange that when I was making a dress, everyone was saying, ‘Oh, it’s an Italian dress!’ And when I was working at Fendi, everyone said ‘Oh it’s so cold, it’s so Belgian!’” That also serves as a potted Vaccarello CV before his appointment to arguably the most Parisian of all houses.

“One of the first things Pierre Bergé told me was to not copy Yves. That’s a sentence that will always haunt me” — Anthony Vaccarello

So why debut the Frenchiest of French label’s menswear in New York? “I love New York’s energy, I always have,” states Vaccarello. “It’s a cliché, but it’s true: here, everything is possible, New York means freedom.”

There’s also a freedom to what Vaccarello proposes, and the way he designs. There’s even a freedom from the yoke of Yves Saint Laurent’s history, one of the most formidable in fashion, which has weighed heavily on many of his predecessors (including the founder himself). Take the allusions to that decadent, era-defining Opium shindig in this year’s show: they were omnipresent, but never explicit. There were no orchids; the only lamé was in the clothes. There were, however, leathers and embroideries and western boots and a finale of seven models in black trousers with silver glitter-flecked torsos, like kicking-out time at Max’s Kansas City or Studio 54, hedonistic revellers turned out on the streets at dawn.

What feels free – and modern – about that is an exploration of male sensuality and sexuality, synonymous not only with the 1970s generally, but with Saint Laurent specifically, the first fashion designer to have ever posed nude for his own perfume campaign. Vaccarello – probably – wouldn’t go that far, but the bubbling sensuality of his womenswear is also running through his men’s. “Sensuality crosses any gender boundaries,” the designer says. When you ask about his Saint Laurent man, he – pointedly – doesn’t mention gender. “A self-confident attitude is ‘beauty’: that’s my idea. Free and not afraid of showing their strong personality in their own way.”

Back to the show, and Vaccarello reeled off a few of the references behind the clothes: Mapplethorpe meets Fassbender, the movies Midnight Cowboy and The Warriors. The collection was all of them generally, yet none of them specifically. “I don’t work with a theme, but with a mood. It’s a mix of several of them,” he says. “I don’t like being literal.” In a similar way, he has described his womenswear collections to me as being “collages” of different elements from Saint Laurent’s history – this was more abstracted, a bricolage of different ideas of different men, refracted through the lens of Saint Laurent. Which, like a reverse funhouse mirror, seems to elongate, to slim down to a razor-sharp skinny silhouette: Vaccarello has proved he can cut a man’s trouser suit as sharply as a woman’s cocktail dress.

What Vaccarello doesn’t feel the need to prove is that he’s the next Yves Saint Laurent. “Heritage is fundamental and I wish to modernise it and bring it into the future,” he says. “The point is to keep the spirit alive and to make the house and the collections relevant for today. To me, Saint Laurent is an attitude, an effortless chicness but always with a twist, a sense of confidence. I don’t wake up in the morning thinking, ‘What would Yves have done’. I kind of don’t think about it. I did it when I arrived in the house – meeting a lot with Pierre Bergé, Betty Catroux, all those incredible people who really knew Yves and were the best to talk about that period. From that, I do what I think is relevant, for now. One of the first things Pierre Bergé told me was to not copy Yves. That’s a sentence that will always haunt me.”