Raf takes a trip to the beach next season 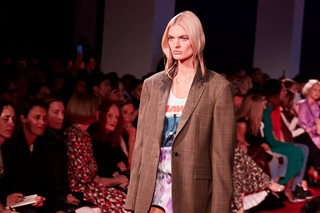 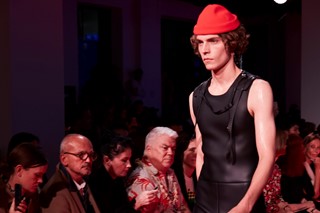 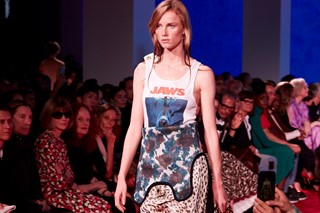 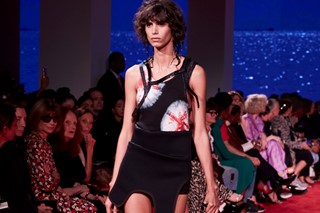 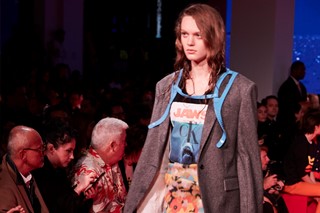 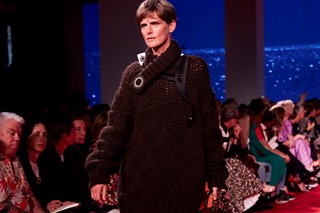 Drawing the penultimate day of New York Fashion Week to a close was Raf Simons, who last night presented his latest collection for Calvin Klein 205W39NYC – and, as in previous seasons, he continued in his exploration of the dark underside of America. Here’s everything you need to know.

THE FRONT ROW WAS A LOT

THE SPACE MADE IT FEEL LIKE YOU WERE UNDERWATER

As guests took their seats before the show started, crashing waves and people swimming were projected onto the walls and runway. When the models finally started pouring out from backstage, some were wearing leather and neoprene scuba suits, while the ones who were less covered-up had glistening cheeks and chests, like they’d just gotten out of the ocean and were lying in the sun to dry. Even the soundtrack was on theme, featuring slow, pulsing techno music that made it feel like we were underwater.

...AND, OF COURSE, THAT MEANT JAWS

What’s one of the first things people think of when they think about the ocean? And what would a Raf Simons collection be without a pop cultural nod? After a few mini-dress and oversized blazer combos made their way down the runway, we got our first glimpse at this season’s main motif: the JAWS movie poster. “At the beach there’s this incredible idea of beauty, but also a tension between land and ocean, a feeling of two worlds meeting, maybe colliding,” Simons wrote in the notes for the show. “There’s a sense of the unexpected – and always, a temptation. For me, JAWS perfectly exemplifies (that).”

THE REST OF THE COLLECTION WAS INSPIRED BY THE OCEAN, TOO

Models including Kaia Gerber, Stella Tennant, and Yasmin Le Bon made their way down the runway wearing a succession of cable-knit sweaters, Breton tops, and deconstructed wetsuits, carrying goggles, bags with giant chains that resembled anchors, and some less functional ones that looked a little like buoys. There were also dissected harnesses that made it look like the models hadn’t made it out of the water in time, and little red beanies that nodded in the direction of JAWS’ main protagonist (apart from the shark itself, obvs) Chief Brody.

THERE WAS A NOD TO ANOTHER CULT FILM, THE GRADUATE

Following in the footsteps of Vaquera, Simons sent models down the runway wearing graduation gowns and caps, too. Inspired by Mike Nichols 1967 film The Graduate, he used the pieces as a way to “explore taboos and temptations, shifts in culture and community,” as he explained post-show.