The south Londoner used to struggle to express himself due to his autism, but now communicates beautifully through movement 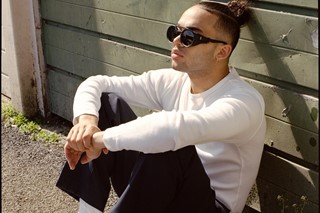 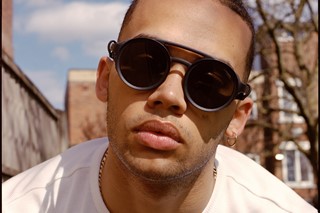 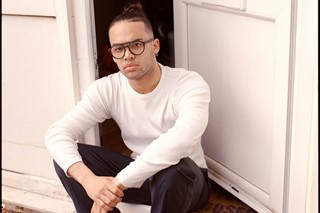 Kaner Flex is a south London born-and-raised, self-taught dancer and movement artist, who was discovered busking in London by FKA twigs in 2014 and never looked back. He’s also autistic, and struggled to express himself before he found his calling. Dance became his life, and he left school to focus on it.

His bravery and unquestioning focus make him a perfect fit for #DriveYourStory, a series from iconic eyewear brand Carrera. The series showcases undisputed free spirits, people challenging society’s ideas of normality, and those who reject the expected, pushing themselves to achieve their own goals.

Growing up with autism, Kaner found communication hard, and as a result, struggled with the rigidity of school life. Once he found dance – on YouTube, naturally – he became obsessed, training all day, every day, working with a focus that’s led him to now, appearing in brand campaigns for Calvin Klein, dancing for Quincy Jones, and featuring in music videos. All this, without any formal training – Kaner taught himself his signature blend of dance and movement art, finding the sweet spot between contortion and beauty when it comes to the human form.

While some might reach those heights and lose their sense of self, Kaner is firmly rooted in his community in southeast London, where he and his family have lived since he was born. He’s surrounded himself with a group of friends who inspire him and each of whom are also trying to change their world and lives for the better through their chosen path.

Watch the video below, directed by Jess Kohl, to see Kaner in action.

To see more of the groundbreaking individuals we’ve spoken to about their stories, click here. Find out more about Carrera’s #DriveYourStory campaign here.