Today we explore Nigeria’s youth culture community, through the lens of some of the country’s most influential young thinkers.

You can buy a copy of our latest issue here. Taken from the spring 2018 issue of Dazed:

I want to take the magician who loves me back home to Nigeria. I miss the heavy air there, the way it immediately grounds you in the visceral, sinks you into a weighted reality. It’s the perfect place for masquerades and tricksters, for dizzying extravagance, unapologetic performance, for corners and secrets that stare you in the eye. The magician knows a lot about masks; he’s made them, spent years breathing the air seized inside them. He’s also a trickster who lives in the knuckles, in the place that moves. I’m a thing of blurred spaces too, masks slipping on and off, limited exhibitions passing through my face.

Naomi Osaka: ’Being unique is my strength’At just 24 she’s won four Grand Slams, lit the Olympic torch, and changed the way we talk about mental health in sport forever. Hitting back against her critics, Naomi Osaka reflects on the quest for self- worth that transcends trophies
In Lagos - spring 201815 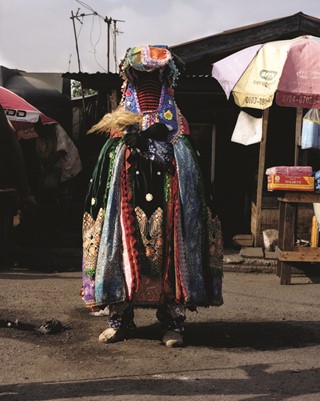 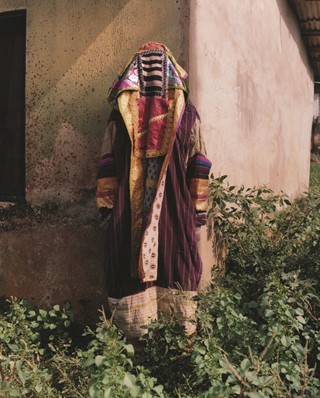 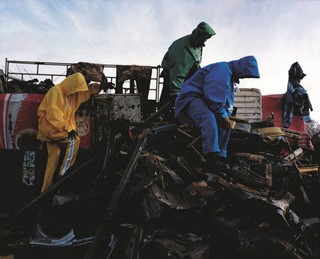 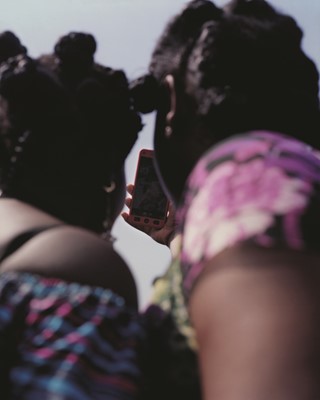 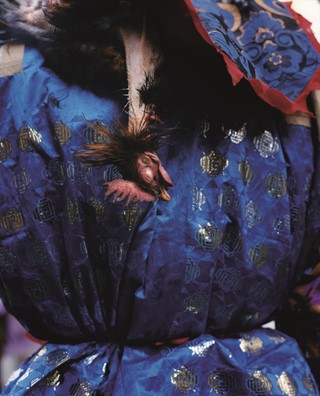 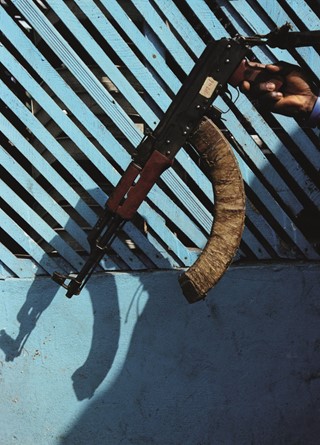 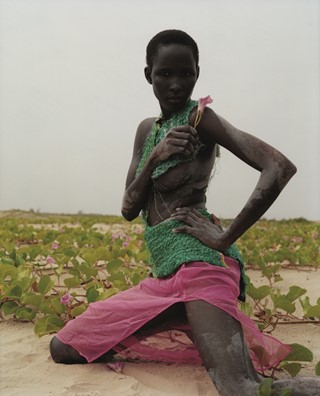 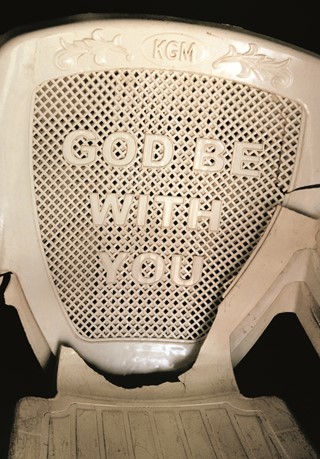 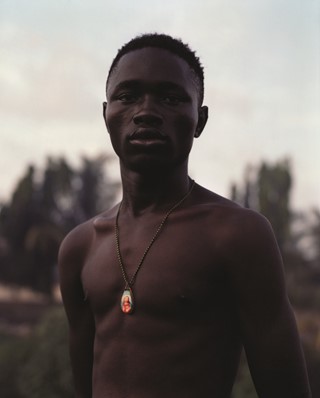 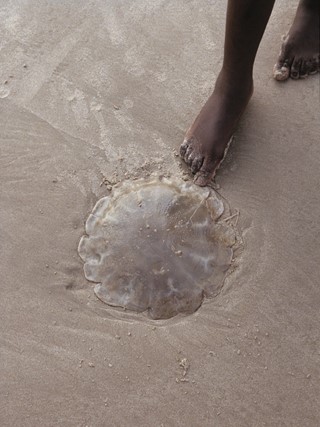 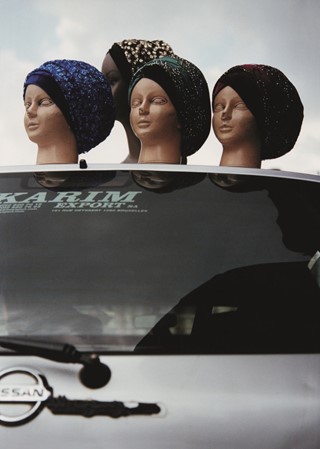 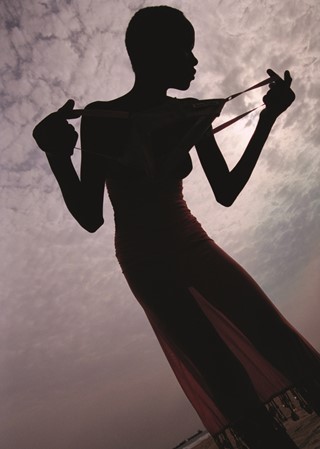 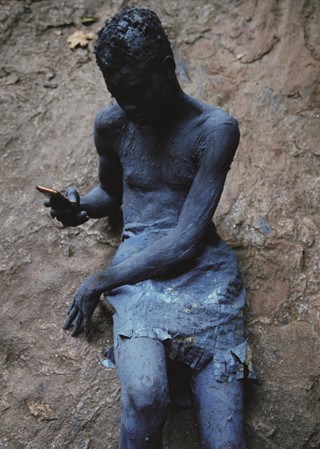 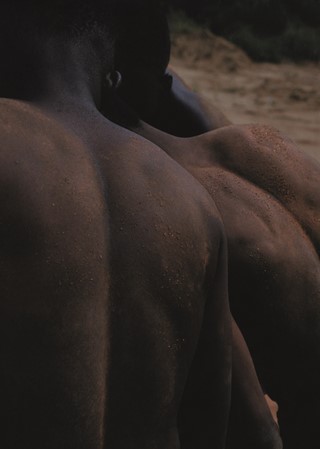 We sit in three and a half cafes at the same time and he orders us a pot of hibiscus tea while we talk about authenticity, and how stories can be more true than facts. “If you accept that masks are gateways to larger truths,” the magician says, “then you can slip from the bondage of what is considered authentic. You wear the mask, you are the thing.” My tea is deciding to turn into coconut water. I drink it anyway. “In possession rituals,” he continues, “the god is present however the god presents, in whomever the god rides. The god cannot be inauthentic.”

I know from my childhood between Aba and Umuahia that it is the same with masquerades – if you wear the costume, you are the spirit. We used to watch them from the window of my father’s car, spirits running along the roadside, collecting payments from the drivers. Looking at a masquerade isn’t free even if you think it is, especially if you take a picture. I wonder what they could look like in a different world – drenched in blue, perhaps, like the Paramin devils in Trinidad. Or, a surveillance of plastic faces, blood-red arms waiting in a row of corn.

I haven’t worn a solid mask in a long time, except for one the magician gave me before a flight to Bulgaria. I took a picture of myself in it when I got to Singapore and sent him the image. It was the kind you could fold up and cram into an insignificant space, which was useful; I don’t have room in my suitcase for anything harder. Besides, I’ve got roughly 67 other masks and all of them live in my face.

They used to be strictly instruments of concealment for me; I thought I had to strip them away, turn myself into a thing with an open throat and a plucked body, peel back broken plastic to show the blessed object beneath. In a search for what was real, I was viewing the masks as untrue, falsehoods layered on top of whoever I was. If I committed to this excavation, I thought, I could distil myself down to some sort of fundamental core.

The tea leaves in the strainer spill across the table and spell out letters in graffiti. The magician wipes it with a napkin and they dry on the white cloth as printed blue font. As we sit, doors in two different cafes open and close simultaneously, amputating the voices of strangers into half-formed syllables.

If you release the idea of an essential self, throw it naked into the surf and let the sea carry it away, then everything changes. Without it, masks take on a new expanse of possibility. They can conceal, yes, but like the magician says, they can also clarify what is true, precisely the same way that a story can tell you something better than stark facts ever could. They can hold you together like a tight cellophane bandage over curved metal, like a gaze across two bodies, a starched knot whorled in gold. They can be adornment, clothes as costumes that mask the body, bright enough to direct your eyes.

We are what we choose to do, which can be as simple as which mask you pick. You wear the mask; you are the thing. For people who live in the knuckles with 67 faces, it’s not really about pretending to be people you’re not. It’s more about having faces for all the things you already are – blurred spaces, trickster mobility. In the space of tea time, one of the cafes we’re sitting in has been demolished. The other two and a half have dimmed their lights. The teapot curls up and falls asleep as leafy vines crawl up the table legs. All of the floors are pale sand. I hold the magician’s hand and his copper fingertips break off into my palm. “A present,” he says, “for later.” A colourful cloud of slashed tulle falls from the ceilings.

A mask doesn’t always look how you think it does. It can be a total smear of pigment, a stamp made of sand, or sometimes – like a lot of ours do – it can look like nothing at all. But it can still make you into whatever you create – the inhuman face in the forest at night, a figure resplendent on the shore, a haloed soul floating on the water. All these things are as true as you want them to be.

The magician’s tea has turned into the ocean. He drinks it anyway.

Born in Umuahia and raised in Aba, Nigeria, Akwaeke Emezi is a writer and video artist whose debut autobigraphical novel, Freshwater, will be published by Faber & Faber in November. She composed this story — titled The Mask As The Truest Thing — in response to the world of Harley Weir’s accompanying photo project