Prepare for battle... But make it sexy 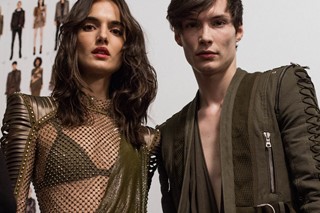 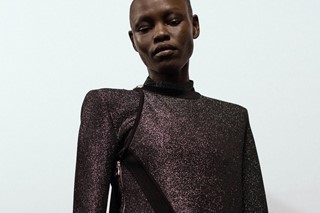 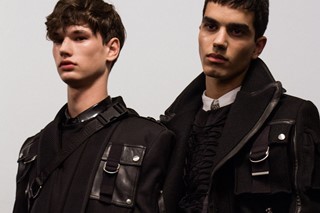 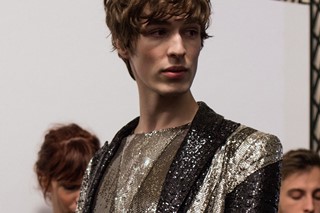 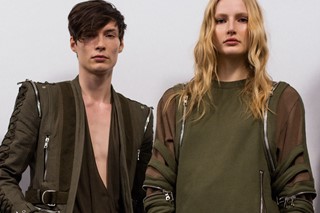 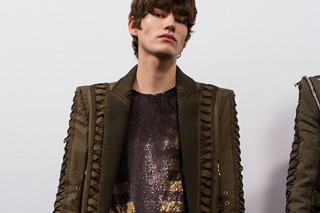 You can always count on Balmain to bring the energy at fashion week. For his AW18 menswear show, designer Olivier Rousteing gave a new meaning to the term “The Balmain Army”, with a collection that took its cues from military garb. Here’s what went down.

THE BALMAIN ARMY IS GOING INTO BATTLE

This season’s collection took its cues from the military, but, Balmain being Balmain, the glamour factor was dialled up to 11. Models wore khaki looks which made reference to uniform and protective armour, albeit in a full-throttle, sexed-up sort of way (see: the slinky, see-through chainmail.)

FASHION IS A REVOLUTION NOT AN EVOLUTION

So declared the collection’s graphic pieces, which ushered in a series of looks topped off with shiny plastic and bore phrases and logos that looked like they were from a Blade Runner universe of dystopian neon signs. What did it mean? The world’s changing, declared Olivier Rousteing – and our new reality calls for boldness and resistance, demanding inclusivity and embracing the future.

THERE WAS A NEW WOMEN’S CAPSULE

The Balmain Women Episode Collection, which debuted on the runway alongside the new season's menswear. Sharply angular power shoulders dominated the women’s looks, which came with plentiful sparkling sequins, lurex, and latex-details.

Watching son Presley Gerber hit the runway. You’d think she might be used to having supermodel kids by now, but she beamed as she filmed her boy making it down the catwalk. Adorbs.