The designer shared his thoughts after his AW18 show, which explicitly explored the “elephant in the room” that was Margiela 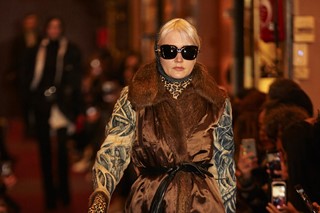 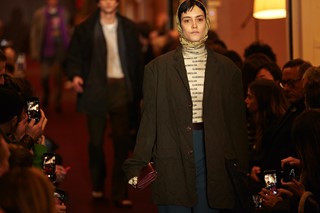 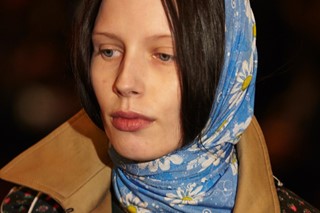 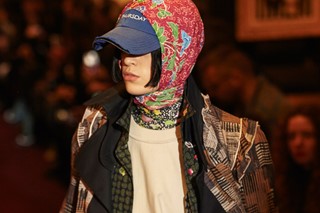 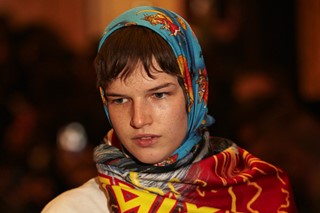 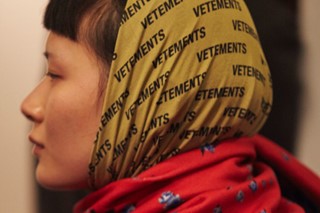 Copying has been a big conversation in fashion for the past couple of years, and for Vetements designer Demna Gvasalia, comparisons between his work and that of Martin Margiela have been made ever since his buzzy Parisian label first appeared on the fashion circuit. Returning to the runway this season, he addressed them head-on, in a collection that explored what he called the “elephant in the room”. The words themselves even appeared on a t-shirt, as drawn by children at a kindergarten near to the Vetements studio in Switzerland, and inspired by the time Margiela invited children to design his show invites.

“I went back to my roots as a designer, I went back to Margiela,” Gvasalia said post-show, referring to the period he spent working at the Maison between 2009 and 2012. “I wanted to show what Margiela means for me, and for Vetements. It’s an approach, it’s not a person. It’s a way of loving clothes, breaking the rules with those clothes. And that’s what we did.”

How did that translate into the collection? Well, there was lots of rule breaking. Jackets were worn inside out, trousers were too long, socks were paired with pool slides, clothes were creased, and there were – I kid you not – tribal tattoo style prints. The most obvious Margiela-ism was the cloven-toed boots, a reference to what is arguably the Belgian designer’s most iconic creation – the Tabi. Demna’s came in sparkly knee high lurex versions, and one pair had a stack of coins forming the heel.

“I wanted to show what Margiela means for me, and for Vetements. It’s an approach, it’s not a person. It’s a way of loving clothes, breaking the rules with those clothes. And that’s what we did” – Demna Gvasalia

In light of the explicit references, we had to ask: what does Gvasalia make of Instagram accounts which do side-by-side, who’s-copying-who callouts like the now-infamous @diet_prada? “It creates transparency and I think that’s a great thing,” he said. “Transparency I feel is something that will help fashion to evolve, in general. I think it’s great, I don’t think it’s a negative. I think it’s a very positive thing. It just makes us work harder! But that’s a good thing. It’s a healthy thing.”

As for the idea that designers shouldn’t be allowed to allow their eyes to wander to what’s already out there? “Everything is an appropriation,” Gvasalia said – pointing out that even Margiela’s Tabi was inspired by a traditional Japanese style. “We live in a world that is full of references, and references exist to feed us, but not to feed us in order to copy – they feed us in order to create something new from it. And that’s I think what I put as the challenge for myself.”