Ahead of tomorrow’s AW17 show, the Belgian designer drops a new series 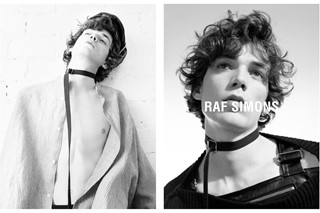 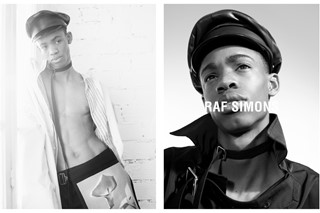 Ahead of an eagerly-anticipated AW17 show in New York tomorrow, Raf Simons’ eponymous label has dropped its SS17 campaign – featuring the celebrated collaboration with the estate of late photographer Robert Mapplethorpe.

Lensed by long-term collaborator Willy Vanderperre and styled by Olivier Rizzo, the campaign features models including Simons’ go-to muse Yannick Abrath. Entirely black and white and shot in a space which recalls the location of some of Mapplethorpe’s famous images of Patti Smith, the series includes the collection’s key pieces – some of which feature prints of the photographer’s work and others (like leather caps and black belt chokers) which nod towards his signature sexuality.

The SS17 collection was first presented at Pitti in Florence last June, marking the third time the Belgian had teamed up with the menswear tradeshow. But rather than the designer reaching out to instigate the collaboration, it was actually The Robert Mapplethorpe Foundation who approached Simons. He eagerly accepted their request to work together, hoping a collaboration might help bring the photographer’s oeuvre to a new demographic. “I want to challenge myself also for the Foundation to hopefully make it believable to a different audience… (to) reach out to different generations, not only people who are following art,” he said backstage.

Aside from the campaign and show tomorrow, Simons will be debuting his first collection as chief creative officer of Calvin Klein at New York Fashion Week on February 10th. 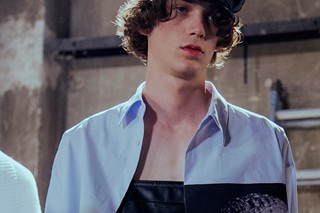 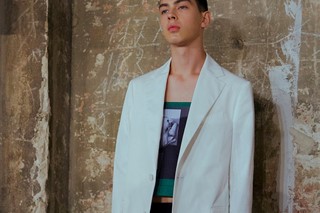 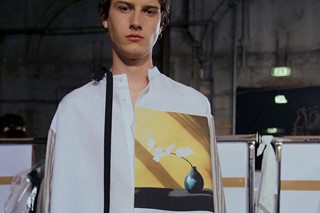 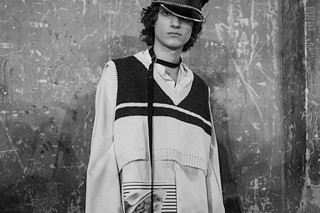 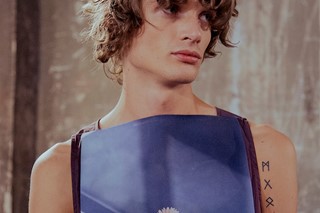 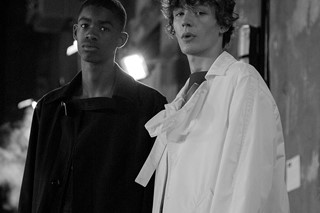