This season, Nicolas Ghesquière shows us his interpretation of French sophistication – one that’s stripped from the stereotypes 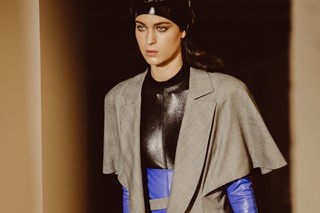 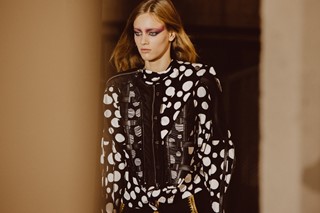 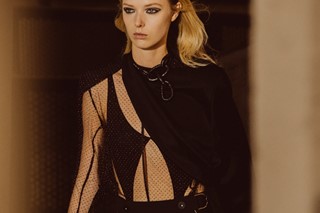 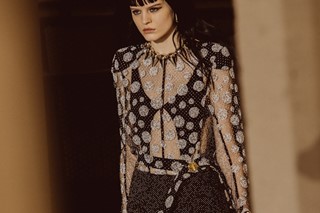 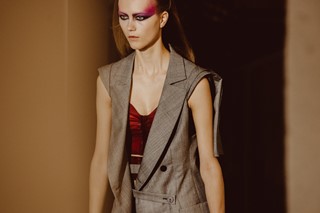 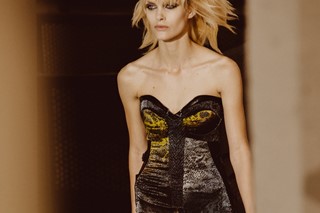 Take a turn around the Place Vendôme in Paris and it’s impossible not to feel like you’re in a quintessential postcard of the City of Lights. The French Baroque Hardouin-Mansart architecture, the haute jewellery shops lining this octagon – and it happens to be somewhat of a fashion hub with showrooms hidden inside the maze of hôtels particuliers. On the South-Eastern corner, Louis Vuitton will be augmenting Place Vendôme’s fashion presence with a brand new flagship and that’s where Nicolas Ghesquière chose to show his latest collection.

Coincidentally, this was Ghesquière’s most Parisian turn since taking over the reins of this very French house. “I thought it was interesting to try to define my sense of what French sophistication is. It’s a little clichéd but it’s what it is,” said Ghesquière after the show. “It was something more intimate, more Parisian in a way. Very French!” The stereotypes that haunt Parisian and French style have become the stuff of didactic fashion fodder. How would Ghesquière add his own definitions to what can often be flattering generalisations at best, lazy clichés at worse?

“I thought it was interesting to try to define my sense of what French sophistication is. It’s a little clichéd but it’s what it is” – Nicolas Ghesquière

The film score piano music on the show soundtrack was the clue. Ghesquière was looking at French film Rive droite, rive gauche by Philippe Labro, which featured 80s power dressing at its most elegant. “The women are so amazing in that film,” explained Ghesquière. “They have to dressed up to be who they are, but at the same time, they are super powerful – it was a great inspiration to me.”

The distinction between day and night in Ghesquière’s Louis Vuitton garde-robe was therefore more pronounced. She’d wear structured suiting that revealed cut-outs at the sides and on the back that was his take on power dressing. “It’s funny how men never let go of this suiting. And how casuality is not really accepted. Woman are more free, so I think it’s interesting to show that suiting for a woman can actually be a part of her wardrobe.” Fluid draped jersey dresses formed the cornerstones of this discreet daywear, coupled with a pair of sturdy python boots.

At night, her look would segue into body-conscious lace trousers and floor-length sheer tulle dresses encrusted with metallic Swiss dots, revealing the body in an understated way. Somewhere in the middle, a wolf motif t-shirt, a sleeveless checked shirt and Ghesquière’s favoured leather bikers appeared to plug the gap. For Ghesquière, this was his way of doing sophistication, one of the French fashion missives that is known the world over. “With Vuitton there’s this big contrast where you have people who are expecting luxury sportswear, but they’re also expecting high luxury that is very refined. So I thought, what is my position there and how can I fuse the two?”

For the working woman on the go though, she can perhaps do without her bag but her phone has to be permanently ensconced in her hand. And so, in a genius accessories coup, Ghesquière turned the Petite Malle into a deluxe phone case. Clutching onto their pimped-up phones in an ensemble that traversed the Right to the Left Bank, this was a Louis Vuitton woman that felt grounded to the now. Ghesquière’s sci-fi sensibility may have taken a side-step but what emerged felt markedly tangible.