Naïve and pure, this season Paris fashion’s young poet gets inspired by the Santons de Provence 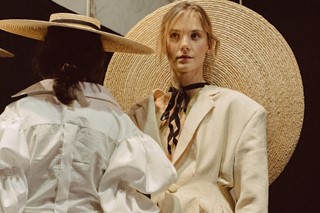 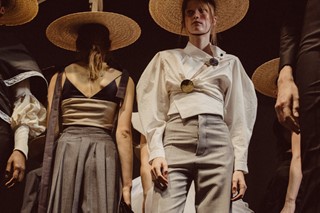 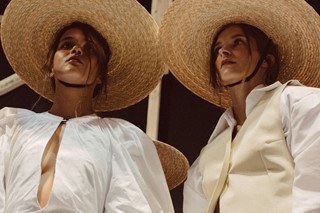 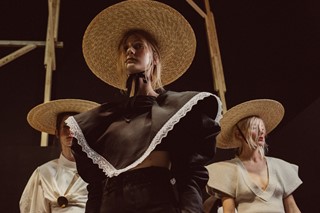 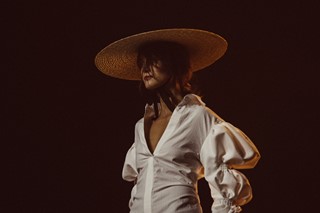 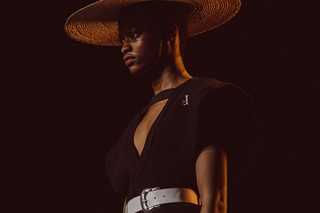 Irony tends to be a catch-all design device that young designers use to subvert certain existing tropes. Simon Porte Jacquemus has previously used it in spades to bring to life his teenage girl from the sticks and suburbs of France. At his latest show, however, there wasn’t a lick of it present. Not even in the recognisable music from the film Jean de Florette, otherwise known as the advert theme for the beer Stella Artois, that played solemnly and gently, mixed by Clara 3000.

In the distance, an artificial sun of LED lights imbued the models in their straw boater hats with a Provençal glow. For it was Provence – or more specifically Les Santons de Provence, the naïve terracotta figures depicting bucolic village life – that inspired Jacquemus.

“I wanted to do a clichéd collection about Provence without being clichéd, to take all of those images of Provence and bring them into my carré world,” said Jacquemus after the show. And so the santons figurines with defined roles, such as the cook, the shepherd or the lavender seller were represented with their individual costumes, exaggerated in proportions, particularly in the widened shoulders and mega-ruched sleeves – as though Jacquemus was painting a warped picture of Provence in his head. He mentioned wanting to add a “painterly touch” to the collection, which resulted in perhaps one of the most romantic collections that Jacquemus has thus far produced.

“I tried to take something established like Provence and see it through young eyes. I hope it’s still something naive and pure, though, as I always want things to be” – Simon Porte Jacquemus

The ode to solid tradition was enforced with the weight of wholesome fabrics like linen, cotton and white lace; strong iterations of recognisable silhouettes like the billowing peasant blouse; the V-neck fichu of the Arlésienne woman (as famously painted by Van Gogh), and the purity of the white Provence-style dress. “I really focused on looking at the santons and nothing else and you know, the Jacquemus girl is growing up.”

Can this Jacquemus muse still be called a girl? Jacquemus the business, of course, has matured vastly since its inception, with The Business of Fashion reporting it have an annual turnover of €5 million. That’s no small change for any young designer. And with this Les Santons de Provence collection, the ante was further upped as his oversized shirting, magnified proportions and love of geometry (seen in the angular bags and circle and square-heeled shoes) took on a sharpened-up appearance. Past shows held in down-and-out Parisian games arcades seem like a distant memory.

Jacquemus insists that his naiveté still pervades. “I tried to take something established like Provence and see it through young eyes,” he said. “I hope it’s still something naïve and pure, though, as I always want things to be.” Just as Jacquemus has succeeded in being one of the leaders of a new designer vanguard in Paris, and overturning the clichés of what Parisian fashion can be, his newfound focus and matured sensibility means that this cornerstone of traditional French attire can also be reconfigured into his surreal world – without a smidge of irony.