With pyramids, all-seeing eyes and Masonic checks, the house’s artistic director riffs on secret society symbolism for a show about spiritual growth 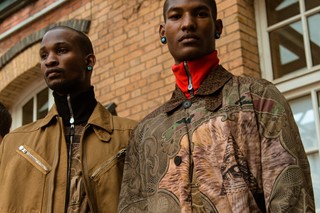 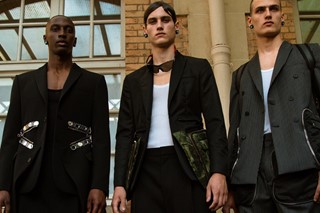 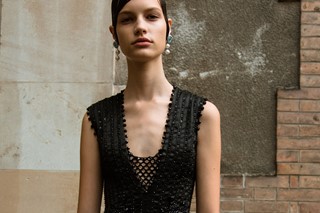 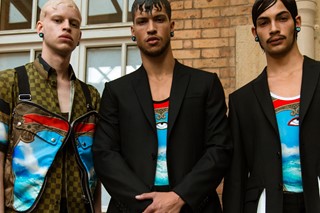 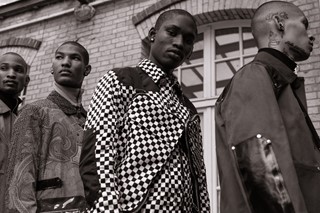 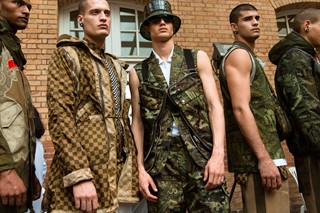 The Illuminati is real, and it’s everywhere. So says a Tumblr dedicated to the subject, with an entire post breaking down the symbolism of Jay-Z and Kanye’s Watch the Throne album cover, designed by Givenchy’s Riccardo Tisci (there’s a lot of pentagrams and pyramids, if you were wondering). You’d be forgiven for thinking it was going down an internet conspiracy theory rabbit hole that ended up inspiring him for his SS17 menswear show, one which was full of not-so-subliminal messaging that’s bound to get certain corners of the internet talking.

Models donned pieces which seemed, from a distance, to be camouflage – get closer, however, and you could see that the print was actually the American dollar (complete with the all-seeing eye hanging above the pyramid, a shape that cropped up throughout the collection). A print on the back of hats and sunglasses straps spelled out REALIZE / REAL LIES, while Magritte-style surrealist clouds and eyes appeared on vests and waistcoats. Elsewhere, a black and white check – like the one found on the floor in Masonic temples – covered coats and t-shirts. There was a feeling of the secret agent about it all – Matrix sunglasses were blacker-than-black, with shiny patent bucket hats pulled low on the brow.

Backstage, Tisci said the collection was more about spirituality than sparking more Illuminati rumours, though. “My army and my strong man is always there, but this time it is much more romantic and colourful, which is this spiritual side of myself that I’m developing,” he commented, adding that the women donning couture looks (including Bella Hadid and Natalia Vodianova) were “beautiful angels” who acted as the ‘spiritual soul’ of the man. If the Illuminati is about secret world domination, this was borrowing its symbolism to explore ideas of personal growth. “It’s about the highest sensibility of our soul that human beings sometimes forget to develop,” said Tisci – “because we’re all obsessed with running after money and power.”