This season, the designer takes inspiration from Ancient Egypt, translating elements of the civilisation into prints, cat-eye make-up and bleached brows 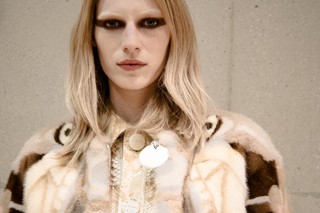 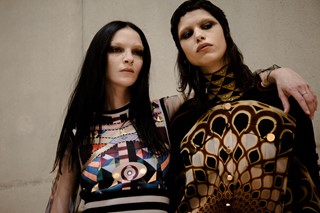 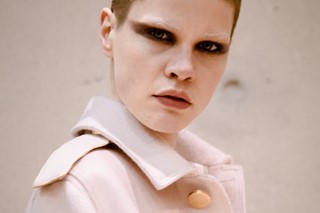 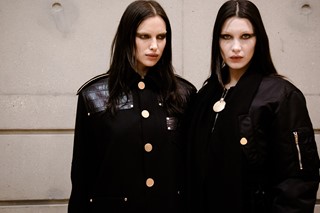 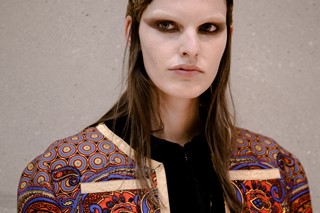 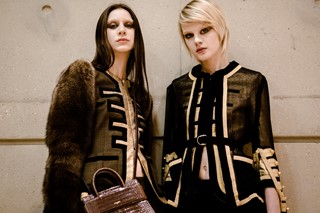 A wooden maze mired guests in their own defined passageways at the Givenchy show last night. It meant that, for the most part, you could avoid the hubbub surrounding Riccardo Tisci’s posse that included Kanye West and Kris Jenner arriving but also that the models seem to appear out of nowhere. It was a discombobulating experience that mirrored the frenetic energy of Tisci’s latest obsession: Egyptian iconography.

“Egyptians were the beginning of everything,” said Tisci after the show. “In food, they invented pasta and then the Italians developed it. They invented writing and paper. I’ve always been obsessed with Egyptian culture.” And so art deco lines, with their origins traced back to Egyptian aesthetics, were panelled into metallic leather vests and exploded into digital prints. It wasn’t a straightforward walk through pyramids and hieroglyphs, though. The eye of Horus, the wings of Greek deities and the Mandala from India all mingled with one another in what was a return to a print-centric Givenchy collection.

“The last collection was very minimal and romantic. This one, I wanted more energy. I’m obsessed with psychedelic club music and some of their references were often Egyptian so I made my own trip in my head!” Tisci’s trip also cavorted through his own back catalogue as military jackets and streetwear styling returned along with his affinity with nature. The designer also made up his own animal that appeared in the form of skins patched together as well as in the print motifs.

Models appeared to be mythological sphinxes as leopard skin segued into python, and spots from moth wings would magically appear, adding to the symbolism of protection from the eyes of Ra that were scattered throughout the show. Anchored with a heavy dose of Hubert de Givenchy’s favoured noir and a surprising iteration of a classic two pocketed velvet edged jacket in Islamic prints, Tisci’s psychedelia and rebounding energy was elegantly contained.