Keeping up with Nicolas Ghesquière as he hurtles towards some yet undiscovered future is electrifying. In just two years, he’s transported us to the deep-space desert of Palm Springs and sent us crashing through digital frontiers. In fact, at Louis Vuitton, everything from the initial point of inspiration and location to the clothes jolts to the point of intrigue. For Ghesquière, it’s the strange and unknown that fascinates, whether it’s cult horror or underground sci-fi, and that’s what marks him as one of the most forward-thinking design voices working today.

“I’m always attracted to scary things, I don’t know why,” says Ghesquière over the phone from Paris. “It’s that dynamic between curiosity and seduction.” He’s sharing his love of cult, don’t-look-now cinema, stills of which you can see all over his Instagram: Poltergeist, The Last Days on Mars and The Hunger. “It’s the mood of it – the beauty of David Bowie, Catherine Deneuve and Susan Sarandon together,” he says of The Hunger. “It’s not an amazing movie, but it has a flamboyant aesthetic – these vampires who go clubbing. I just love the characters. She (Deneuve) is bourgeois but she’s also totally crazy. It’s a movie that keeps coming back in my mind.”

Naomi Osaka: ’Being unique is my strength’At just 24 she’s won four Grand Slams, lit the Olympic torch, and changed the way we talk about mental health in sport forever. Hitting back against her critics, Naomi Osaka reflects on the quest for self- worth that transcends trophies
Louis Vuitton SS16 and Cruise 16 by Collier Schorr14 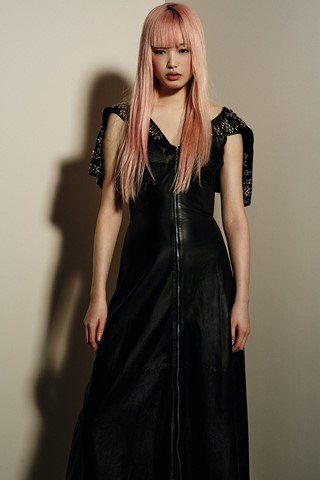 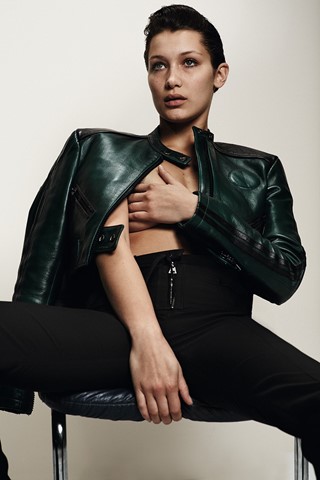 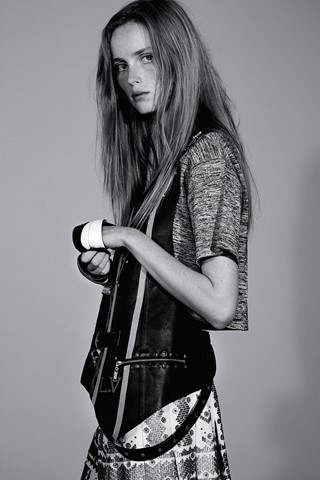 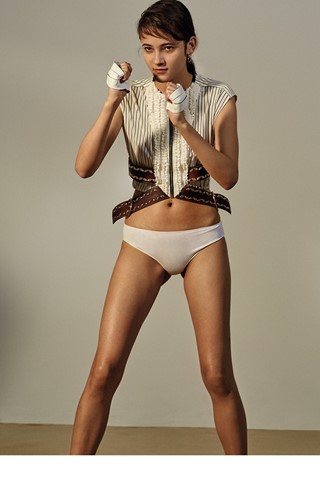 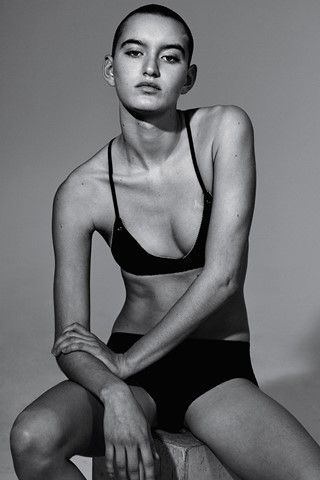 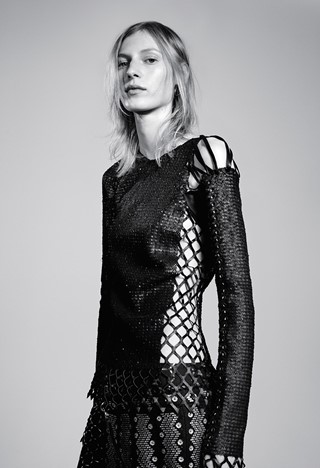 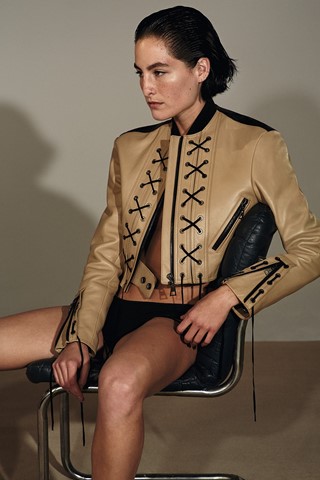 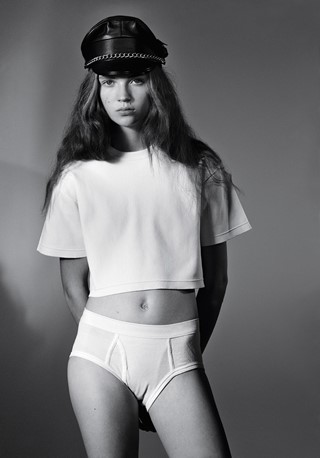 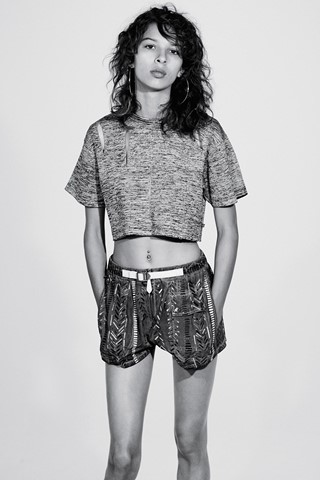 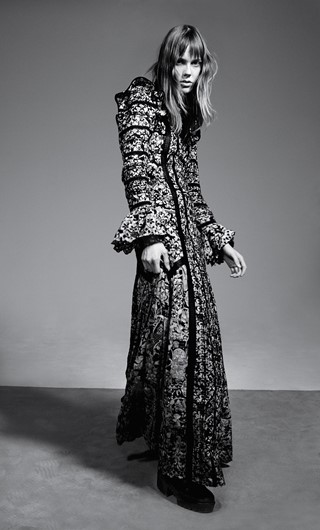 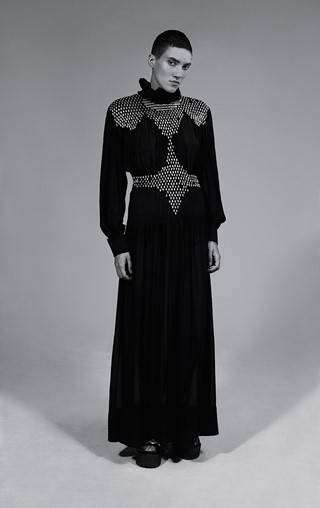 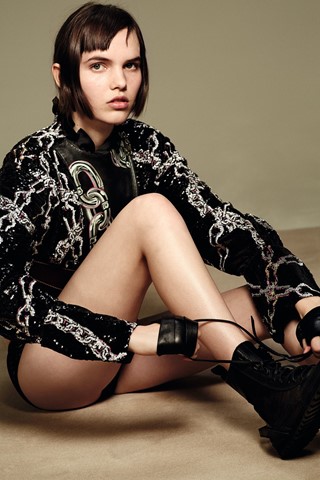 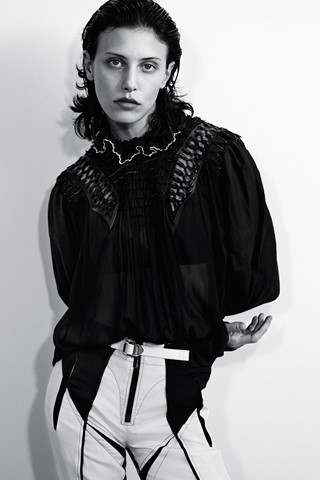 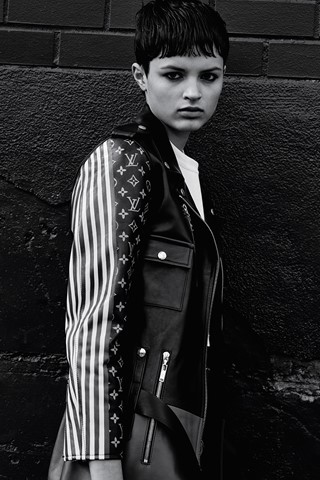 Dario Argento, the giallo auteur behind spectacular visual frenzies like Suspiria, also sends Ghesquière’s fervent imagination into overdrive. “Argento was a B-movie director who wasn’t considered a great at the time,” he says. “He cared so much about the construction and details of his films – like the blood that is so red you can’t quite believe it’s blood.”

“It’s about being brave,” he adds of his horror-flick fascination, but he might just as well be talking about his own fearless approach in establishing an intrepid blueprint at Louis Vuitton. Indeed, while dripping-red gore might ostensibly have little to do with his precision-engineered direction at the label, Ghesquière unlocks newness in his own work by embracing the unexpected in the fields of film, architecture and design. “I love it when someone steps outside of the box and something becomes much bigger than it’s supposed to be.”

It certainly took some audacity to convince one of the biggest luxury houses in the world to stage a cruise show out in Palm Springs, with its extreme climate, desert surroundings and mysterious spirituality. It was here in May, dwarfed by the giant UFO edifice of Bob and Dolores Hope’s house designed by John Lautner, that guests wandered around in a tripped-out stupor in arid heat. Only the models cut through the haze, faces sprayed in Technicolor like characters from the cult classic Liquid Sky. Staring at us with a haughty gaze, they filled the house with an inexplicable oddness.

“I wanted to give some life to the space,” explains the designer. “You couldn’t tell if they were transient or an apparition. The house is so huge, the models could be living in one part while the audience might be in another. They might not even know they lived with each other.” The desert-dwelling commune of women drank in the spirituality of their surrounds: prairie skirts and quasi-peasant dresses contrasted with leather harnesses, hiking boot hybrids and motocross jackets. It was Ghesquière’s most extreme vision for the house yet.

“It’s about individuality... We have a tendency to clone girls when they come in for casting so they look robotic, but some girls come in and you want them to look exactly how they are without changing a thing” – Nicolas Ghesquière

His choice of casting made this coterie even more compelling. For the past few seasons, together with casting director Ashley Brokaw, he’s been setting the agenda to introduce models, not as blank-eyed clotheshorses, but as distinctive personalities exemplified by the likes of Fernanda Ly and Tamy Glauser. “It’s about individuality and diversity – and reflecting what our world is today,” he says. “Fernanda is a strong character but she represents a big part of a certain generation with her attitude. We have a tendency to clone girls when they come in for casting so they look robotic, but some girls come in and you want them to look exactly how they are without changing a thing.”

Ghesquière is vocal on fashion’s failure to be truly diverse: “The fashion industry has to speak out loud about these issues. I wish casting directors and agencies would hunt harder. We get criticised because casting can be too European or (content to stay) in its comfort zone, but if you have an opportunity and you’re hunting for new and strange beauties, the industry can also be a welcoming place. I’m trying in my way to make a little step, but there’s still a long way to go.”

Another new step is Ghesquière’s foray into the world of social media. His Instagram posts on both his own account and on Louis Vuitton’s have been feeding a hungry audience with cryptic nuggets that clue us in to how a design brain such as his functions. “I love to project things that are very surprising to me at first,” he says. “‘Have I experienced that before?’ ‘Have I seen that?’” This trail of rhetorical questioning then leads to an imaginary ‘she’. “‘What does she eat?’ ‘How does she live?’ I’m always building that kind of story in my head.”

It’s a different world of influence to the one Ghesquière moved in during his formative years in fashion. When he moved to Paris as a teenager from the small town of Loudun in the west of France, the culture shock was galvanising: “I had this contrast where I was seeing Grace Jones on the TV and then later I was in Les Bains Douches seeing her in person. It was a crazy time. I grew up in very protected surroundings, and then I was projected early into this extreme fashion world. Jean-Paul Goude, Azzedine (Alaïa)... I was always sneaking into shows. I had the feeling it was always there, but then all of a sudden I was living it.”

At Balenciaga, Ghesquière was feted as a creative with an appetite for the ultramodern. But at Louis Vuitton, his vocabulary has expanded far beyond that: playing with notions of familiarity but still managing to surprise, his work has captured the mood of the fashion zeitgeist. “I felt at some point that I could have been a niche designer, always looking forward and putting out a strong proposition,” he says. “But when I went to Louis Vuitton I reacted against that and said, ‘Hey guys, I’m ready now! I can speak louder and to more people and I can come out of my box.’”

For SS16, Louis Vuitton’s codes were scrambled and synthesised again: imaginary cyber characters, born out of a generation of bedroom Minecraft and Second Life addicts, emerged as though from another dimension. This was Ghesquière embracing the positives of technology. “We’re all confronted by the digital world and influenced by cyber culture and images that make us dream or judge,” he said after the show, musing on the influence of digitalism on his creations. But it’s an obsession filtered powerfully through fashion in the flesh. “At the same time, we have this real dimension. That’s exciting. It’s a real reality.” You get the feeling with Ghesquière at the helm of this mega maison, he’s going to push fashion beyond its final frontier.