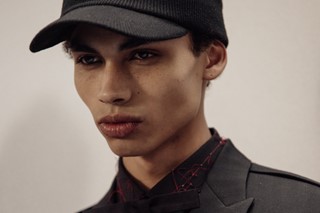 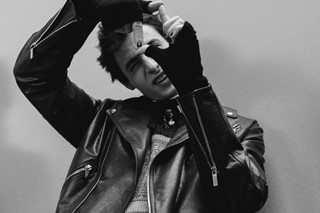 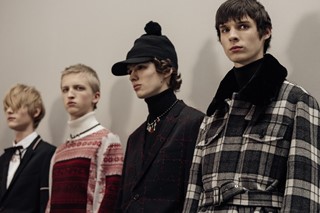 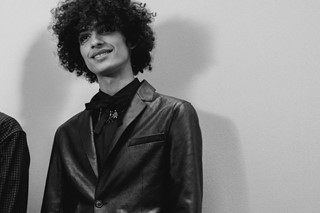 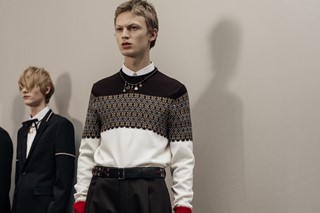 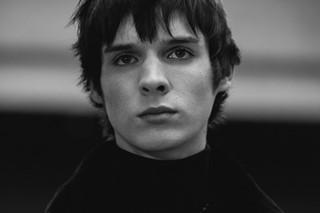 “The collection is about taking elements of the past, but bringing them into the present and reflecting on where we are now, in the situation of today,” said Kris Van Assche, speaking on his AW16 collection for Dior Homme, presented today at Paris Men’s Fashion Week. “It’s a moment in time for a contemporary generation.” This attitude – which writer Ted Polhemus might term the “supermarket of style” – describes how people dress themselves today, mixing vintage clothing or styles with contemporary ones; a sort of sartorial pick ‘n’ mix. Van Assche had the same attitude when designing this collection, which brought together stylistic elements of 80s New Wave and 90s skate.

The New Wave was present not only in the body-hiding suits, but in the show music too – Soft Cell’s The Art of Falling Apart. As for skate, it was in  the tartan used throughout the collection and the beanie hats, some peaked, some not and, most obviously in the skate ramps on the runway. However there were elements of another subculture present too. The fingerless gloves and black nail varnish will for those who went to school in 00s Britain have undoubtedly triggered memories of emos – the subculture of black-clad, angsty teenagers who marched to the beat of My Chemical Romance. The models’ fringes which, for some, was flatironed and swept to one side, contributed even more to this effect – there was even some red and black check, the emo clan tartan.

Referencing these youth cultures had a profound effect on the collection – it felt young and carefree, particularly in comparison to last season, which saw models wear shirts buttoned right up to the neck.“I didn’t want the collection to be at all precious or uptight,” he told WWD. And indeed it wasn’t – the silhouettes were easy-going; trousers came slim and cropped, or else high-waisted and wide; some with stitching details and bits of thread flailing about as the models walked. Then there were the accessories – pussy bow ties, charm necklaces and finger rings. It’s like the Dior Homme man is expressing a part of his identity that he hasn’t done so before. Inject this sense of adolescent experimentalism into the brand’s signature tailoring and you have a winning, and very youthful combination.