We take a closer look at the designer’s AW16 man who, in his words, resembled a ‘future Dracula’ 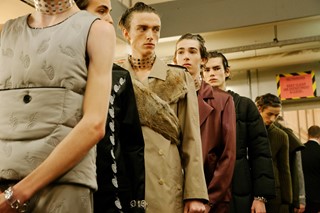 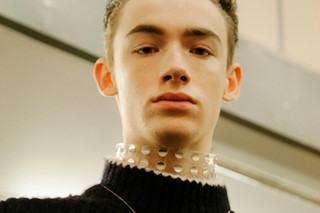 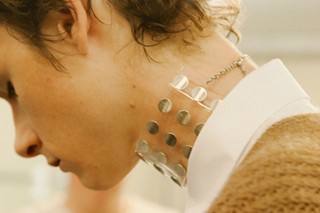 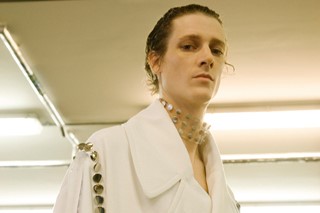 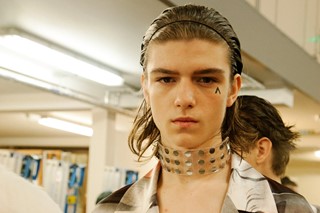 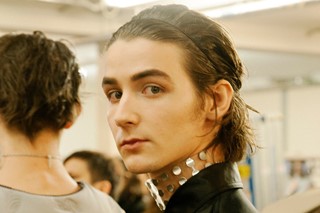 Going to a J.W. Anderson show is like being sucked into an alternate universe; you see an entirely different mode of dress. This season Anderson said he was telling an “urban tale” and “trying to work out what’s the most appropriate way to be able to articulate speed in clothing.” Quite fittingly, his model walked out to the appropriately fast pace of Michel Gaubert-mixed techno music. The collection they modelled followed the three pillars of Anderson’s brand – androgyny, a certain perversity and futurism – but there was something different this season: a sense of play.

Garments were emblazoned with snails, a dog called Bonzo from the 20s, who used to be on cigarette packs and (in the designer’s own words) “dogs throwing water over a cat” and “Bambi running around”. It was rather cartoony and, when you factor in the woollen tracksuits and silk pyjama-like suits, quite boyish too – the addition of the dotted ermine made the overall effect quite princely. But of course, there was Anderson’s signature perversity too. The models’ hair, which was held back with headbands, looked dirty from a hard night out clubbing; some wore perspex chokers punctured by penny-size silver studs and necklaces with pendants like giant hoop ball earrings. If they were princes, they were princes of some underground club.

“For me it was how could we reach 196 countries in one moment. It’s quite amazing to be able to access seven million people at once” – J.W. Anderson

The show itself was live streamed on Grindr, the gay social network app – the first show to be done so in history. While public perception of Grindr may be that it’s nothing more than a hook-up app (part of a residual taboo around gay sex), Anderson’s view of it was non-judgemental and, ultimately, matter of fact. “For me it was how could we reach 196 countries in one moment,” he said backstage, “It’s quite amazing to be able to access seven million people at once... I feel like it’s very important that brands explore media, it’s the only way forward, I don’t see any differentiation between Grindr, Tinder and Instagram.”

Once again, Anderson showed an entirely new way for men to dress. Whether his AW16 man is an “urban vampire” or “future Dracula”, or an underground club prince, he embodied new ideas – ones which were exquisitely articulated and beautifully presented.