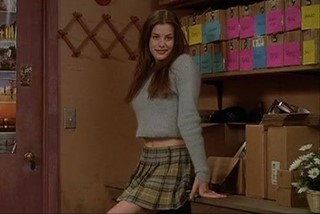 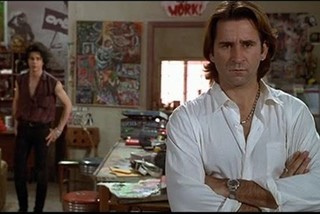 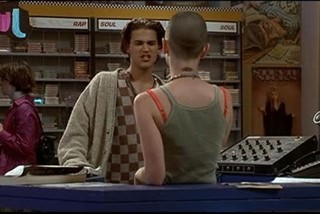 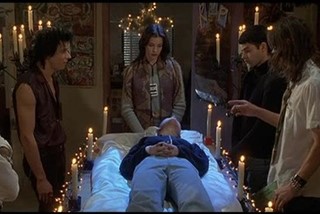 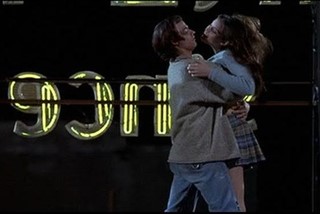 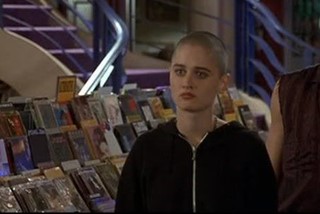 "We don’t know that we’re going to create something that is going to hit the cultural zeitgeist and suddenly take off, you know?" So says Susan Lyall, the costume designer behind 1995 box office bomb turned cult classic Empire Records, directed by Allan Moyle. A charming pre-internet tale of an indie music store's struggle against The Man (who wanted to transform the beloved shop into a soulless chain), twenty years after its release, the film has found its place in the 90s teen movie hall of fame.

Part of its lasting success is undoubtedly down to its wardrobe – when the story first burst onto screens this week two decades ago, teens across the world bemoaned their Saturday jobs and wished they could join a gang as cool as the kids of Empire Records. There was Liv Tyler, who played Corey, a speed freak on her way to Harvard; Renée Zellweger, her bad girl best friend Gina; Robin Tunney, the laconic grunger who comes into work and gives herself a buzzcut, and a host of other characters besides. Head here for the story of how Empire Records gained its legendary status, and read on for Susan Lyall’s insider take on creating the film’s most famous looks.

LIV TYLER’S LOOK HAD TO REVEAL HER CONFLICT

“There was a lot of talk about Liv’s costume because of course she should look like a good girl but with some sort of element of conflict – she’s popping pills, she has to overachieve. So she’s wearing a short skirt, her belly is exposed and she has her work boots on, and that combination is a little punk, a little preppy and it’s a little bit fetishistic. We cut off that mohair sweater, but I can’t for the life of me remember where I got that skirt. I feel like it was probably Patricia Field or somewhere – a lot of it is club kid influenced.”

HER CO-STAR WAS HER STEPDAD

“At the time most of the actors were pretty unknown, Liv Tyler was perhaps the most famous and she was just a kid, she was only 17. She was a fairly typical 17-year-old, but had a lot more life experience in some ways. Still, because of her tender age she had to have a chaperone with her, anyone under 18 needs to have a responsible adult present. Uniquely, Coyote Shivers who plays one of the characters at the record store was married to her Mom, and he was the adult supervision if you will!”

“I thought Renée Zellweger’s character Gina was a little less clear than Liv’s. She was supposed to be so slutty and I think in an odd way Renée was uncomfortable with the role. She was wearing all the skimpy clothes and then she had to wear an apron from the store at one point – just the apron. That’s tough if you’re not really comfortable with it. But she’s a good actress too, so you wouldn’t know that, but I think it was quite difficult for her. Robin Tunney’s character was suicidal and doesn't care and was quite happy to conceal her body, so we went for what was of the moment, which was grunge. I found it to be one of the more rewarding collaborations.”

“The actor Max Caulfield really went the distance. His look is like a little bit Tom Jones meets Rod Stewart meets Trash & Vaudeville, which was a store on St Marks Place in New York. He’s wearing a purple satin cowboy shirt essentially, and I just put some extra fringe on it – the kids made so much fun of him but I think I needed to push one notch further, he played it so vain that he thought it was OK to take it a step further – and he could take it! He was up for it.”

A KEY EARLY SCENE GOT AXED IN THE FIRST CUT

“From my costume standpoint, there was a very important piece of connective tissue that was not there and that was between Renee Zellweger’s and Liv Tyler’s characters. As they were plotting Liv Tyler’s quest to lose her virginity to Rex Manning, Gina gave her her red bra – Gina has this red bra on and you kind of see it, and then they switch it out but you don't know that she’s given it to her. Then when Liv Tyler takes her clothes off there’s the red underwear. To me that always drove me crazy because there’s no extra explanation!”

“With all these beautiful young people we could easily dress them and they'd look pretty good in everything, but we generally had our finger on the future pulse. I also had been in a band – in fact, here’s a little bit of trivia. If you watch the movie, there’s a poster in the background right beside the manager’s office, and the poster is Band of Susans, which was my band. They were just looking for posters that could be easily cleared and I said ‘Well I can give you some!’ I just handed the poster to the set decorator and said ‘You’re welcome to use it’ and she just put it up somewhere and somehow it kept getting in frame a lot!”

Watch the trailer for Empire Records below: